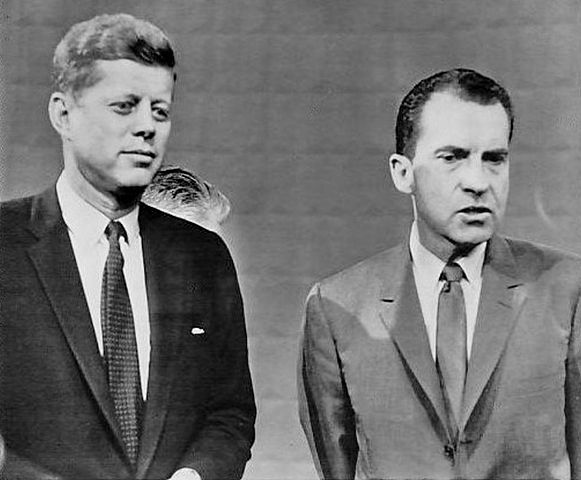 [I originally posted this about a month ago (6-24-16) on my Facebook page. Presently I will simply add some recent polling indications for the general election and battleground states that show Trump now even or ahead]

Hence in 8 out of 14 elections since 1960 (57%), and five of the last seven, the person five points or more behind in the middle months actually won the election. Obama was 3 behind in October and won by 4 points. Only in 1996, of the last seven elections, was the actual winner consistently ahead all along.

So I think the anti-Trumpist plans to 1) start a revolution, 2) make complete asses of themselves at the convention, 3) leave on the next trip to Mars, or 4) engage in a massive Kool-Aid suicide, are quite historically shortsighted and rather silly. Trump is far more likely to win than lose, if six of the last seven elections are our guides.

Trump is only 6 behind, according to the Real Clear Politics average of the last five major polls. He’s in great shape, then. In June 1980, Reagan was 7 behind; in June 1988, Bush Sr. was 14 behind; in June 2004, Bush Jr. was 6 behind. They all won, and somehow I don’t recall massive hysteria and frantic rhetoric about any of them, with threats to kick them off the ticket, lamentations that western civilization (or the GOP) has now collapsed, etc., etc.

All figures are from the Wikipedia article: “Historical polling for U. S. Presidential elections”

It’s known that polls of likely voters (especially as the election draws closer) are more indicative of results than polls of registered voters. The reason is that “likely voting” is an indication of turnout, which is key in every election (particularly in 2012). What do we see in recent polling of likely voters, according to the collection of polling data compiled at Real Clear Politics?:

Now, the objection will be: “well, that is mostly one polling outfit.” True, but in any event it is the data we have for likely voters, according to major pollsters, and at least one other polling firm shows the race tied. Using the Real Clear Politics method of averaging the most recent five polls, but restricting it to likely voters, the polling average since June 29th is:

If we look at some of the crucial “battleground” states and likely voters in the most recent polls, we find this:

Clinton is ahead in Wisconsin, New Hampshire, and North Carolina. We have no recent likely voter data from Pennsylvania. So Trump is tied or leading in four out of seven battleground states, as indicated by polls of likely voters.

If anyone thinks that this election is a “slam dunk” for Hillary Clinton, I submit that they have very little idea what they are talking about. This is at worst (from where I sit as a Trump voter) a tight contest, and at best, Trump’s to lose, on the basis of many important factors that I have written about in my past analyses.

Note: See many other articles about Donald Trump and the 2016 presidential campaign on my Political, Ethical, & Moral Issues web page (2nd section).

Meta Description: In 8 out of 14 elections since 1960 (57%), & five of the last seven, the person five points or more behind in the middle months actually won. 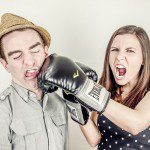 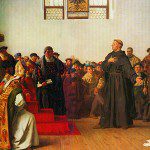 August 1, 2016 Protestantism Was NOT a Revolt?
Recent Comments
0 | Leave a Comment
Browse Our Archives
get the latest from
Biblical Evidence for Catholicism
Sign up for our newsletter
POPULAR AT PATHEOS Catholic
1