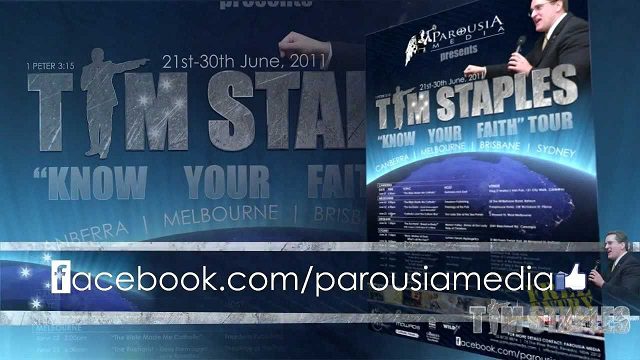 I have already critiqued Kevin’s statement: “. . . the guys at Patheos, Catholic Answers, . . . Whatever good they do is far outweighed by the bad they do, . . .” This ridiculous (almost self-evidently false) observation occurred in his article, The Hijacking of the Catholic Mind, posted at Catholic Lane, on 24 February 2015.

I simply posted the URL and title of this piece on Kevin’s Facebook page, to inform him of it. This is how he responded [my numbers and bracketed comments added]:

2) [nine minutes later] I’m not going to block you for pointless trolling, but I trust you to have the dignity to show yourself out. If you wanna stick to topic, feel free.

If its “oh btw here’s something completely unrelated on how Kevin is not only wrong but a filthy dirty lying liar neenerneenerneener someone pay attention to me, again, you aren’t banned, but I trust you not to waste the time of myself or my friends.

Okay! I replied there (insofar as one can reply at all to such nonsense):

It’s an old-fashioned thing and a courtesy: letting someone know you wrote a piece criticizing them, so they can respond if they like. Sorry Kev! Go ahead and name-call and cry Chicken Little if you wish.

Then he made the following statement in the comments of my blog article about him (2-25-15):

Oh yeah, and it wouldn’t hurt CA [Catholic Answers] to talk about Catholic Social teaching that isn’t pro-life related. But that would be in the best interests of most American Catholics.

It’s simple enough to verify such things. Has Kevin ever heard of a site search? Catholic Answers has one, which makes it easy to determine what they address or do not write about. Kevin either didn’t know that (which is inconceivable) or didn’t care enough to do a search, in order to back up his bogus charge. If the latter, then what does that say about his journalistic ethics and the solidity of his research therein? He thinks he can just throw out any undocumented, mindless accusation, as if no one would or could be able to check it out? Apparently so.

This is part and parcel of what I have criticized about him. He writes many good things, and has a lot valuable insights. But alongside those are (even if relatively rarely) these sorts of prejudiced, non-factual whoppers. I contend (based on long observation) that this sort of junk flows from his “love-hate” relationship to apologetics.

He also seems concerned with spreading the thought that apologists (including Catholic Answers) are far more divisive and contentious than the large group that includes mainstream “traditionalists” and the extreme, fringe radical Catholic reactionaries. He’s in the former group, and it appears quite likely to me that he is attempting to create a narrative over against the widespread perception (and I would say, reality) that both “traditionalists” and the reactionary extremists tend to be too much on the “negative” end of the spectrum: naysayers, doom-and-gloom pessimists; always criticizing and complaining about the Church. This is all the more true today, with the ever-present bashing of and calumnies and disrespect towards Pope Francis (and not just from the reactionaries, by a long shot).

Kevin tries very hard to counteract that perception, whereas other “traditionalists” freely admit that it is an internal problem of the movement, but try to be different themselves, and don’t regard it as a deal-breaker (after all, sin and shortcomings are universal, and present in every social group). Kevin, on the other hand, seeks (it seems to me) to convey the idea that it’s the apologists en masse, — not the “traditionalists” — who are the negative folks: the ones with the unsavory attitudes and approach to life and Internet discourse.

But anyway, I did a search at Catholic Answers. It was tough to initiate, but after I thought a long time about it, I came up with (amazingly enough) “social teaching.” The following articles and radio shows came up in the search (with a few that I found associated with others from this primary search, and additional searches such as “Rerum Novarum” and “subsidiarity,” etc.):

Did the Church Change Its Teaching on the Death Penalty? [Christopher Kaczor,  This Rock, July 2010]

If You Want Justice, Work for Chastity [Gregory R. Beabout,  This Rock, July 2008]

Pope of the Worker [Matthew E. Bunson, This Rock, December 2007]

Is the death penalty permissible for criminals who are violent in prison? [Jim Blackburn, Quick Questions]

What About Waterboarding? [Todd Aglialoro, Catholic Answers Blog, 1 May 2014]

Hasn’t the Church destroyed an entire continent by preaching against condoms for protection from AIDS? [Catholic Answers Staff, Quick Questions]

When Is It Okay to Disobey? Catholics and Civil Disobedience [Fr. Frank Pavone, This Rock, March 2010]

How to Argue Against Women in Combat? [ Karl Keating, Catholic Answers Blog, 29 January 2013]

Should Catholics Be Environmentalists? [Ron Rychlak, This Rock, October 2008]

The Alliance of Narcissus and Leviathan [Anthony Esolen, This Rock, March 2011]

The Church and the Native Americans: The Real Story [Margaret Bunson, This Rock, April 2009]

— Note: This Rock is the former name for what is now known as Catholic Answers Magazine —

And of course, this list is nowhere near exhaustive. It is from what is now available online: only from the years 2007-2015. There is still also a huge backlog of articles and radio shows no longer available for free on their sites.

I guess all this, too, is part of the miniscule (?) portion of “good” that Catholic Answers does, that is, of course (sez Judge Kevin) “far outweighed by the bad they do” (my italics). When you’re out to tar a person or group with a false stereotype, what you do is ignore everything that doesn’t fit into the caricature: pretend that it doesn’t exist at all.

We apologists supposedly do nothing but [hyper-]”rational” analysis and we don’t care about things like prayer, social justice, care for the poor, etc. (i.e., anything in the faith not directly related to reason and logic). For Kevin and those who cynically categorize as he does, it has to be an either/or analysis. Catholic Answers represents the apologetics world, therefore (in Kevin’s mind) it doesn’t deal with Catholic social teaching, because, well, apologists don’t do that!

See how the “reasoning” works? It’s preconceived ideology and putting folks into a box before even examining them to see if the facts line up with the mythmaking. And (don’t forget!), Catholic Answers also must not care for the poor, either, since it raises money and offers cruises peopled by mostly well-to-do folks. So Kevin would have it (or so it seems, from his rhetoric). I’ve dealt with the “Catholic Answers cruises controversy” elsewhere, too. 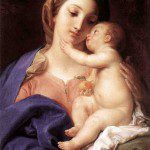 August 2, 2016
Questions Re Catholic Mariology & the Rosary
Next Post 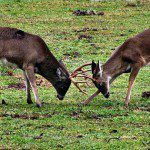 August 3, 2016 Ubiquitous "Trumpmania" & Sensible Prudence
Recent Comments
0 | Leave a Comment
"Thanks so much for the encouragement!"
Dave Armstrong Three Popes & Capital Punishment (vs. ..."
"Hi Dave. I can't comment on your Pope Francis and Same Sex Marriage. Im happy ..."
Frank Lim Three Popes & Capital Punishment (vs. ..."
"Well, we disagree as to what is going on with Pope Francis. I've done the ..."
Dave Armstrong Pope Francis, Same-Sex Unions, & Chicken ..."
"Scripture has to be defended because we HAVE TO DEFEND IT, i.e., because it is ..."
Peter_the_Less Pope Francis, Same-Sex Unions, & Chicken ..."
Browse Our Archives
get the latest from
Biblical Evidence for Catholicism
Sign up for our newsletter
POPULAR AT PATHEOS Catholic
1

Forgiven? Forgive As Christ Has Forgiven You
And be kind to one another, tenderhearted, forgiving one another, as God...
view all Catholic blogs
What Are Your Thoughts?leave a comment
Copyright 2008-2020, Patheos. All rights reserved.