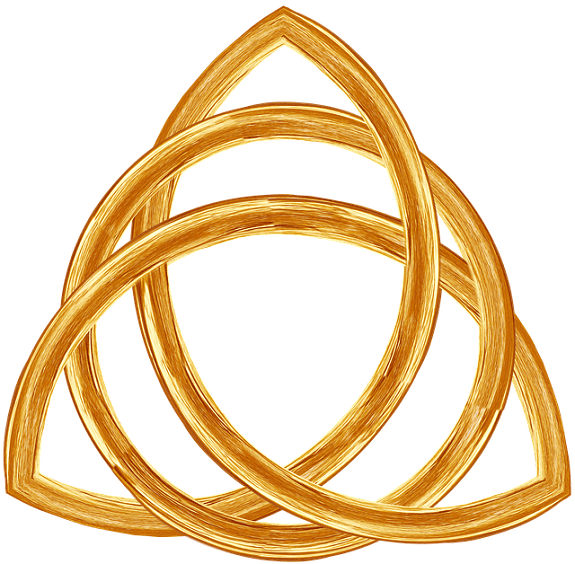 Circumincession in Latin and perichoresis in Greek is the doctrine describing how all three Persons in the Trinity are contained in each other.  Theologian Ludwig Ott, in his Fundamentals of Catholic Dogma, has a lot to say on this:

In God all is one except for the opposition of relations. (De Fide).

From the doctrine of the Divine Relations there flows the so-called basic trinitarian law, which was first formulated by St. Anselm of Canterbury (De processione Spiritus S. 2), and which was solemnly asserted by the Council of Florence in the Decretum pro Jacobis (1441) . . . Denzinger 703. According to this assertion, the real distinction of the Persons rests exclusively on the opposition of the relations. (p. 70)

The Three Divine Persons Are in One another. (De Fide.)

Here are texts from Denzinger, The Sources of Catholic Dogma, 703-704:

A Decree in Behalf of the Jacobites *

703 The sacrosanct Roman Church, founded by the voice of our Lord and Savior, firmly believes, professes, and preaches one true God omnipotent, unchangeable, and eternal, Father, Son, and Holy Ghost; one in essence, three in persons; Father unborn, Son born of the Father, Holy Spirit proceeding from Father and Son; that the Father is not Son or Holy Spirit, that Son is not Father or Holy Spirit; that Holy Spirit is not Father or Son; but Father alone is Father, Son alone is Son, Holy Spirit alone is Holy Spirit. The Father alone begot the Son of His own substance; the Son alone was begotten of the Father alone; the Holy Spirit alone proceeds at the same time from the Father and Son. These three persons are one God, and not three gods, because the three have one substance, one essence, one nature, one divinity, one immensity, one eternity, and all these things are one where no opposition of relationship interferes . *

I answer that, There are three points of consideration as regards the Father and the Son; the essence, the relation and the origin; and according to each the Son and the Father are in each other. The Father is in the Son by His essence, forasmuch as the Father is His own essence and communicates His essence to the Son not by any change on His part. Hence it follows that as the Father’s essence is in the Son, the Father Himself is in the Son; likewise, since the Son is His own essence, it follows that He Himself is in the Father in Whom is His essence. This is expressed by Hilary (De Trin. v), “The unchangeable God, so to speak, follows His own nature in begetting an unchangeable subsisting God. So we understand the nature of God to subsist in Him, for He is God in God.” It is also manifest that as regards the relations, each of two relative opposites is in the concept of the other. Regarding origin also, it is clear that the procession of the intelligible word is not outside the intellect, inasmuch as it remains in the utterer of the word. What also is uttered by the word is therein contained. And the same applies to the Holy Ghost.

Prayer to one Divine Person is also at the same time prayer to the other two Divine Persons in the Holy Trinity. This follows from these dogmas. The Catechism of the Catholic Church states outright that this is so:

2670 “No one can say ‘Jesus is Lord’ except by the Holy Spirit.” Every time we begin to pray to Jesus it is the Holy Spirit who draws us on the way of prayer by his prevenient grace. Since he teaches us to pray by recalling Christ, how could we not pray to the Spirit too? . . .

2789 When we pray to “our” Father, we personally address the Father of our Lord Jesus Christ. By doing so we do not divide the Godhead, since the Father is its “source and origin,” but rather confess that the Son is eternally begotten by him and the Holy Spirit proceeds from him. We are not confusing the persons, for we confess that our communion is with the Father and his Son, Jesus Christ, in their one Holy Spirit. The Holy Trinity is consubstantial and indivisible. When we pray to the Father, we adore and glorify him together with the Son and the Holy Spirit.

2801 When we say “Our” Father, we are invoking the new covenant in Jesus Christ, communion with the Holy Trinity, and the divine love which spreads through the Church to encompass the world.

Meta Description: Circumincession (Latin), or perichoresis (Greek) is the doctrine describing how all three Persons in the Trinity are contained in each other. 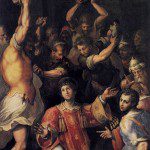 August 22, 2016
Prayer to Jesus Alone Documented in the New Testament
Next Post 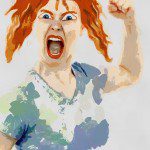 August 24, 2016 Cussing Women, Chivalry, Etc.
Recent Comments
0 | Leave a Comment
"I think you will enjoy this meme: https://twitter.com/RealAth...It was published by an atheist philosopher named ..."
Analytic Computist Reply to Baptist Gavin Ortlund on ..."
"It's a silly article. All its shows is that Irenaeus was wrong about one thing. ..."
Dave Armstrong Reply to Baptist Gavin Ortlund on ..."
"I did reach out to him in my existing response, which I notified him of ..."
Dave Armstrong Thoughts: James White & Cameron Bertuzzi ..."
"Mr. Armstrong, I think this article is a good response to the real presence: https://theotherpaul64.blog...As ..."
Analytic Computist Reply to Baptist Gavin Ortlund on ..."
Browse Our Archives
Related posts from Biblical Evidence for Catholicism 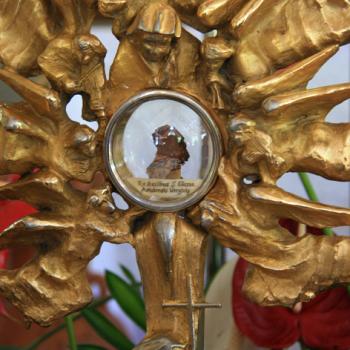 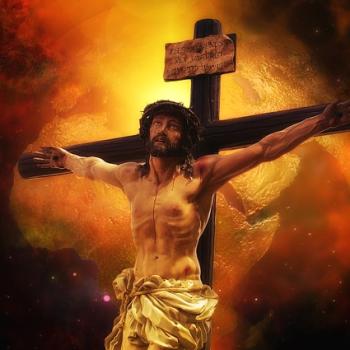 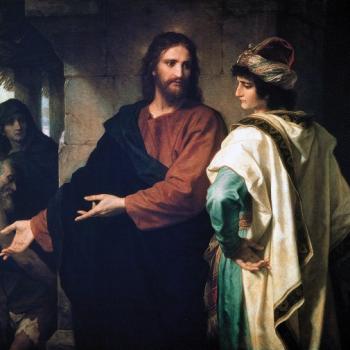 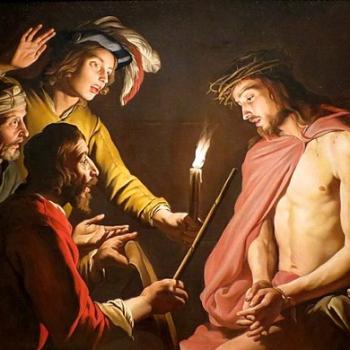 Catholic
Ehrman Errors #2: Jesus is God in the...
Biblical Evidence for Catholicism
TRENDING AT PATHEOS Catholic