Are Modern Papal Encyclicals Too Long? 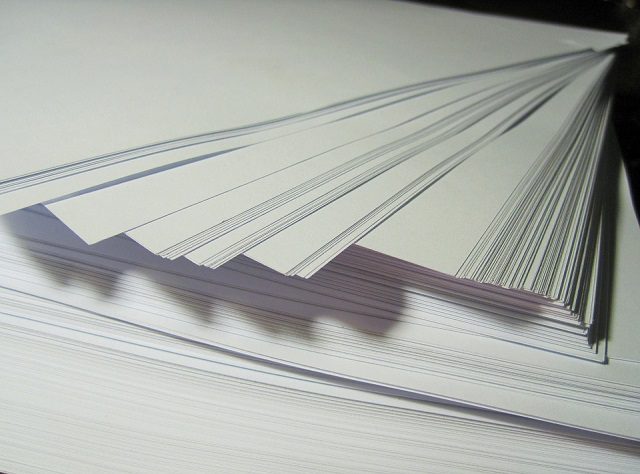 [this was made a point of contention both by a legitimate traditionalist: “Boniface” at Unam Sanctam Catholicam, and radical Catholic reactionary Chris Ferrara at The Remnant. I responded at the former site as follows]:

I thought it [Pope Francis’ encyclical Laudato si] was just the right length and quite clear. Saying that long stuff fails to connect is simply another way of saying that “modern folks don’t / won’t / can’t read.”

I think that if wisdom is being put out, the more the merrier.

I should note, since traditionalists and radical Catholic reactionaries alike seem overly (and oddly) concerned about mere length (Chris Ferrara made a big deal of this in his hit piece), that I myself, as an apologist, do take into consideration modern audiences. Hence, I currently write 800- and 1000-word articles for two publications.

Of my books, there is The One-Minute Apologist: two pages each on over 60 apologetics issues; and The New Catholic Answer Bible: one page each on 44 topics. Revelation! is a type of catechism that provides answers solely from passages of Scripture (usually one verse). My just-published book for Sophia Institute press: Proving the Catholic Faith is Biblical — offers 80 short essays on apologetics topics.

St. Paul said “I have become all things to all people.” The pope does short general audiences, if folks want short. Meanwhile, depth is not to be frowned upon. People need to stretch their intellectual and spiritual horizons, too, and be challenged.

I always say that people have plenty of time spending many hours in front of the idiot box or reading 500-page novels (many of dubious value, to put it mildly). They’ll study reams and reams of materials in college, to prepare for their vocation / occupation. But when it comes to God, all of a sudden we are supposed to dumb down and read only short things.

I don’t see folks having difficulty reading romance novels or even spy novels or things like political books. We read what we want to read. That is the bottom line. I don’t buy all this nonsense about length. The objection is to the thing itself, not to length per se. But that is a convenient polemic to use.

That’s my opinion: depth is good. Yet, as shown, I also bow to the short attention spans and the sad sound bite / Twitter reality of today and write short stuff as well.

Chris Ferrara complained about “the massively verbose Vatican documents of the post-conciliar epoch”. But who cares about length? I could document many examples of The Remnant‘s own hyper-verbosity, but anyone can check that out for themselves. Surely, our era is not unique in terms of prolixity, nor in nuanced or “difficult-to-read” expression. To give but one historical example, how about St. Thomas Aquinas’ 13th century five-volume Summa Theologica? He considered that to be merely an introductory work of theology. He wrote at the very beginning of it:

Because the doctor of Catholic truth ought not only to teach the proficient, but also to instruct beginners (according to the Apostle: As unto little ones in Christ, I gave you milk to drink, not meat — 1 Corinthians 3:1-2), we purpose in this book to treat of whatever belongs to the Christian religion, in such a way as may tend to the instruction of beginners.

Yet to today’s reader it appears almost impossibly complex; so much so that several recent attempts have been made to summarize or abridge or selectively quote it (I undertook one such effort, myself).

Not to mention the Bible itself . . . Has Ferrara read that all the way through (I did, 37 years ago)? Did he not suffer through the usually remarked-upon dry legal passages of Leviticus, or all the “begats”? Or how about reading in the two books of Chronicles, basically the same thing that was already recorded in 1 and 2 Kings? The four Gospels overlap, for heaven’s sake! Would Ferrara go after them, too, for unnecessary length and reiteration?

I have found that those who complain about length of other writings, invariably engage in long, long pieces of writing, themselves. I often observed this with regard to anti-Catholic opponents. They would critique my “verbose” writing, and proceed to write, — unashamed and blissfully unaware –, tedious, boorish tomes of four, five times greater length. I concluded that such complaints (due to the double standard) were in fact, almost wholly reflective of their underlying hostility to a given document. If they agreed with it, such remarks would never be made. But since they don’t, they complain about mere length.

Depth is not to be frowned upon. It’s not an “either/or” scenario. People need to stretch their intellectual and spiritual horizons, too, and be challenged.

Why should the Holy Father bow to the short attention spans of today? Different strokes . . . It’s much ado about nothing: what is called obfuscation or obscurantism. 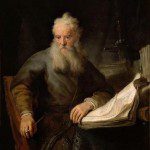 September 25, 2016
Were Apostles Always Aware of Writing Scripture?
Next Post 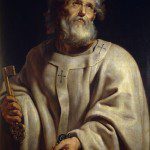