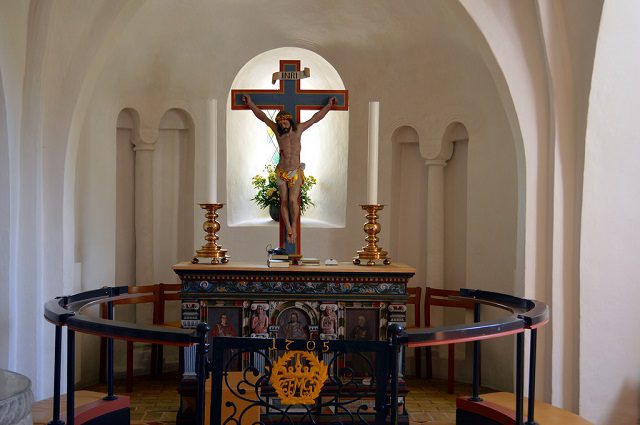 All words below are from Martin Luther, the founder of Protestantism, from primary sources. This material is drawn from Chapter Ten of my book, Martin Luther: Catholic Critical Analysis and Praise.

The custom of holding a crucifix before a dying person has kept many in the Christian faith and has enabled them to die with a confident faith in the crucified Christ.

It was a good practice to hold a wooden crucifix before the eyes of the dying or to press it into their hands. This brought the suffering and death of Christ to mind and comforted the dying. But the others, who haughtily relied on their good works, entered a heaven that contained a sizzling fire. For they were drawn away from Christ and failed to impress His life-giving passion and death upon their hearts.

[W]hen I hear of Christ, an image of a man hanging on a cross takes form in my heart, just as the reflection of my face naturally appears in the water when I look into it. If it is not a sin but good to have an image of Christ in my heart, why should it be a sin to have it in my eyes?

IMAGES AND STATUES OF SAINTS

Now we do not request more than that one permit us to regard a crucifix or a saint’s image as a witness, for remembrance, as a sign as that image of Caesar was. Should it not be as possible for us without sin to have a crucifix or an image of Mary, as it was for the Jews and Christ himself to have an image of Caesar who, pagan and now dead, belonged to the devil? Indeed the Caesar had coined his image to glorify himself. However, we seek neither to receive nor give honor in this matter, and are yet so strongly condemned, while Christ’s possession of such an abominable and shameful image remains uncondemned.

And I say at the outset that according to the law of Moses no other images are forbidden than an image of God which one worships. A crucifix, on the other hand, or any other holy image is not forbidden.

Where however images or statues are made without idolatry, then such making of them is not forbidden.

[M]y image breakers must also let me keep, wear, and look at a crucifix or a Madonna . . . as long as I do not worship them, but only have them as memorials.

In the morning, when you get up, make the sign of the holy cross and say:

In the name of the Father and of the Son and of the Holy Ghost. Amen . . .

In the evening, when you go to bed, make the sign of the holy cross and say:

In the name of the Father and of the Son and of the Holy Ghost. Amen.

(Small Catechism, 1529, Section II: How the Head of the Family Should Teach His Household to Pray Morning and Evening, 22-23)

Thus has originated and continued among us the custom of saying grace and returning thanks at meals, and other prayers for both morning and evening. From the same source came the practice with children of crossing themselves in sight or hearing of terrifying occurrences . . . .

If the devil puts it into your head that you lack the holiness, piety, and worthiness of David and for this reason cannot be sure that God will hear you, make the sign of the cross, and say to yourself: “Let those be pious and worthy who will! I know for a certainty that I am a creature of the same God who made David. And David, regardless of his holiness, has no better or greater God than I have.”

If you should have a poltergeist and tapping spirit in your house, do not go and discuss it here and there, but know that it is not a good spirit which has not come from God. Cross yourself quietly and trust in your faith.

Meta Description: Martin Luther espoused all these traditionally “Catholic” things and practices that are disdained by many Protestants today. 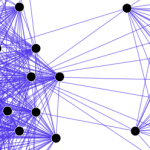 September 15, 2016
On Traditionalist Use of "Conservative Catholic"
Next Post 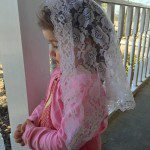 September 17, 2016 Women's Head Veils (Mantillas) in Church
Recent Comments
0 | Leave a Comment
"I Totally agree Calvinists are a minority. Their trick is they infiltrate every avenue to ..."
James Calvinism: Tiny Minority Historically & Demographically
"As I wrote in the paper:In several other instances, men are also bowed down to ..."
Dave Armstrong Bible on the Veneration of Angels ..."
"Angels are royal princes so of course they are worthy of veneration and bowing down ..."
Zoe Bible on the Veneration of Angels ..."
"Yes, because it's two different positions. Infallibility is a protection from error when one is ..."
Dave Armstrong Reply to Lucas Banzoli: 2 Tim ..."
Browse Our Archives
Related posts from Biblical Evidence for Catholicism