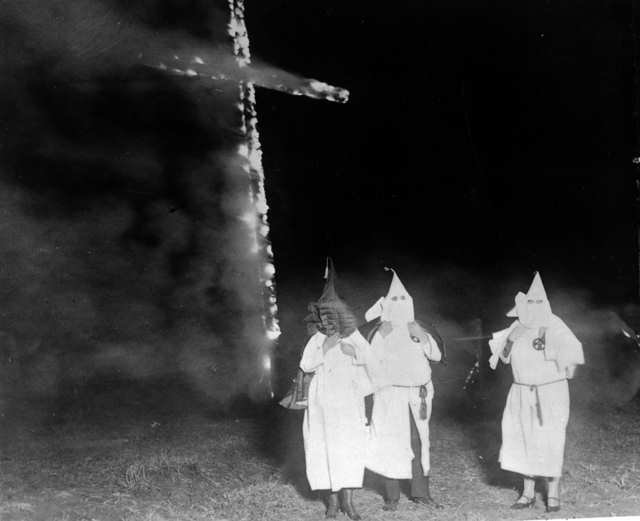 Edwin Tait has been an online friend for about 18 or so years, and we have engaged in many debates which I enjoyed, and thought were helpful and constructive (so that I have posted them on my blog). He is an Anglican church historian who recently decided to enter the Catholic Church. The rhetoric concerning the campaign and election of Donald Trump has become so acid and toxic, that I think we see the effects of that in this rather remarkable exchange: even between longtime friends. Edwin takes a more liberal political view, while I am a distributist conservative and Trump voter. This occurred in a Facebook thread of mine. His words will be in blue.

I’m perfectly willing to be persuaded that [Trump chief strategist Steve] Bannon is a racist and KKK member [see my long paper about it]: just show me the evidence for same!

I’ve always followed truth wherever it leads. That’s why I became a Catholic in 1990, and a pro-lifer in 1982, and an evangelical Protestant in 1977. But providing such damning evidence simply hasn’t been done. Zero, zilch, nothing, nada.

Who says he’s a KKK member? The charge is that he has made Breitbart a forum for racist views. Yes, it’s all done in a wink-wink nudge-nudge fashion under layers of postmodern ironic laughter. You cite Milo’s piece on “how to destroy the alt-right” as if it refuted the charges, but actually it confirms them. Milo says that he disagrees with the alt-right on points that (except for support for Israel) have nothing to do with racism. He then says that most members of the alt-right aren’t racists. But then he launches into an unhinged screed about how white European males built our civilization an are being unfairly discriminated against, and how this is the real racism prevalent in our society. He calls for the criminalization of the “Black Lives Matter” movement based on the unfounded claim that they “kill cops.”

He’s been accused of being a white supremacist, or a shill for same.

So he wasn’t actually accused of being a KKK member? I thought you were arguing for sticking to the facts, and here you are making up a straw-man accusation. (I cut Mark a lot of slack on that sort of thing, though it drives me nuts, so logically I have to cut you some slack too. But I do find you to be operating with a rather blatant double standard.)

I think that a man who openly brags about making Breitbart the “platform for the alt-right” is clearly a “shill” for white supremacy. I am willing to take Mr. Bannon at his word when he says that race, per se, is not what he’s concerned with. But the line between “culture” and “race” is pretty thin, and he clearly has no problem making common cause with racists, because he thinks their racism gets “washed out” in the end. That’s the most charitable reading of him I can see. It’s also possible that he’s just being hypocritical when he claims not to be a racist, but I’m not going to leap to that conclusion.

But as usual, those on the left have no sense of humor at all, and so often completely miss the humor we dreadful conservatives dare to use. It took liberals 20 years to figure out Rush Limbaugh’s humor, which was perfectly obvious to me the first day I heard it (since I had loved the satire of National Lampoon, Saturday Night Live, and Monty Python long since).

Do any of these links actually say that he is a KKK member? Now you’re retrenching to “liberals think it’s his fault that the KKK likes him,” which is quite different from “liberals accuse him of being a KKK member.” Again, you don’t get to brag about your adherence to facts while playing fast and loose with the facts yourself.

If you have the cheek to claim that you care about facts again, after just blowing off your own loose treatment of the facts, I will challenge you again until you block me. Your behavior here is disgraceful and hypocritical. All you needed to do was say, “Oops! I guess I did get a bit carried away.” But no, you can’t even do that.

I can’t admit to something I didn’t do. You can’t figure out how language works. That’s your problem, not mine. At the very top of this thread, in my introduction, I stated, “KKK-type white supremacist”: this shows that I was not claiming that they literally say he is in the KKK. It was a direct quote from my blog paper itself. Other instances in the paper were also clearly sarcastic and non-literal:

The inquiring reader, will, of course, follow Mark’s link, looking for some — any — evidence that Bannon is some terrible KKK Imperial Wizard.

One simply has to listen to it, assume (with no evidence whatever) that Bannon is somehow associated with this abominable bilge, or would sanction it, and voila!: Bannon is the KKK Grand Imperial Wizard!


In another instance, I used the KKK as an illustration of the fallacy of equivalence. I’m pretty sure it was the same in the combox, but I’m not going through all that, to prove some point to you that is already established anyway.

The instance immediately above was also rhetorical exaggeration, as well as a hypothetical: “I’m perfectly willing to be persuaded that Bannon is a racist and KKK member: just show me the evidence for same!”

If you keep acting like an insufferable ass in these political (and now linguistic) matters, I will assuredly block you, which would be a great shame.

In fact, NPR came quite close to saying that Bannon actually supported the KKK (which ain’t much different from being a member, in the final analysis), in its farce-interview with the supremacist Spencer. Breitbart editor Joel Pollak commented upon it:

Listeners are left to conclude — deliberately, it seems — that Bannon supports “white identity politics” — as well as swastikas and the KKK, to which she refers in her interview with Spencer.

Again you’re using a blatant double standard. When Mark [Shea] uses loose rhetoric you accuse him of lying. When you do it, and are caught out, you double down and accuse me of “not understanding the nature of language.” NPR did not say that he was a KKK member or that he supported the KKK. I can’t see anything in the article in question that suggested anything of the sort. Yes, McIvers quizzed Spencer on what he thought about the KKK. But that was an entirely reasonable thing to do. That’s not an accusation that Bannon supports the KKK–it’s an attempt to get clarity about just what this “alt-right” thing is. Since Spencer is generally “credited” with inventing the term (though according to Wikipedia the full term “alternative Right” was first used by Paul Gottfried), he was a reasonable person to ask.

I’m not acquitting them of bias–sure they could have noted, for instance, that Milo Yiannopoulos claims that the “alt-right” of which he’s not quite a member is not truly represented by Spencer. Nobody’s perfect. But again, if you want precision, be precise. Don’t use weasel terms like “they came quite close to saying” as a euphemism for “they didn’t actually say but I want to insinuate that they said.”

The interview did all it could to make the insinuation that Bannon is a racist and white supremacist, using the guilt-by-[very remote!] association method. The title was, “‘We’re Not Going Away’: Alt-Right Leader On Voice In Trump Administration.” The person interviewed was racist wacko / supremacist Richard Spencer, whom I have already quoted in my blog post, disavowing any connection whatever to Trump, Bannon, or Breitbart News. The first paragraph is as follows:

Stephen Bannon, Donald Trump’s incoming White House chief strategist, used to run the website Breitbart, which he called “the platform for the alt-right.” The alt-right has been associated with racism, anti-Semitism and misogyny. Its adherents believe they have a voice in the new administration. NPR’s Kelly McEvers talks to Richard Spencer, a white nationalist who coined the term “alt-right.”

Bilge like: “It is fascinating to watch ‘prolife’ Trump supporters now wasting their days and nights striving with might and main to nuance, deny the existence of, excuse and defend the flaming obvious racism of the Alt Right Bannon champions” [from Mark Shea] is hardly “loose rhetoric.”

I’ve explained myself. It’s not good enough for you, and I believe that is because in political matters (as I have said before) you are beyond reason. You’ve said the same about me, so we’ll have to leave it at that. We can throw mud and grunt or wrestle now, or we could not (ain’t interested).

You say I am blatantly hypocritical with double standards; I say you misinterpreted literary genre in context, in part because of prior political bias. Which is worse? If you’re right, I am a real ass and hypocrite (like the Pharisees: one of Jesus’ chief enemies). If I’m right about you, it is merely saying something that we all fall into at times (including myself).

We all misinterpret, as fallible humans. But then we all have to choose if we accept the clarifying word and interpretation of the person whose writing we are interpreting, or if we will double down and stake out a position where we deny their own report and in effect, say they are lying about their own writing and meaning intended in it.

That’s a bad place to go; doesn’t do anyone any good. If you want to conclude that I am a liar and have no clue about my own words in my writing, I suppose you can do that, but it doesn’t help our friendship or even advance this particular discussion at all.

If we venture over to Edwin’s Facebook page, we see him coddling the same obsession there as well. He favorably shares an article from [the utterly objective and fair-minded] New York Magazine, entitled, “Donald Trump Building Team of Racists” (11-18-16), It contains priceless gems like the following:

That Bannon’s ex-wife has testified to his hatred of Jews has attracted a great deal of attention, but this fact both over- and understates the racial nature of his beliefs. Bannon’s journalistic work is centrally dedicated to the task of refashioning conservatism along white-identity lines.

And so on and on it goes with liberals and race. They just can’t stop it. Facts be damned! To hell with reputations! They’re more obsessed with race (in all the wrong ways) than panda bears are with bamboo (i.e., their sole food).

Meta Description: Ridiculous exchange over my reference to the KKK in relation to the left’s current smearing of Trump chief strategist Steve Bannon. 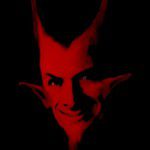 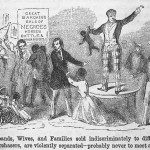 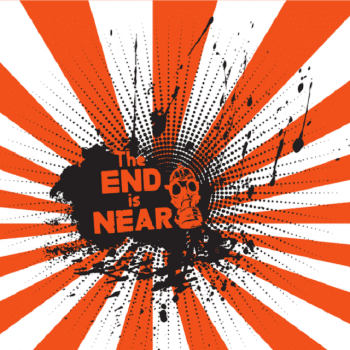