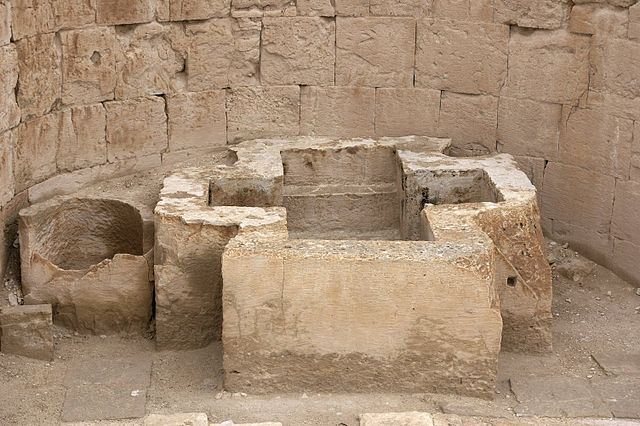 I think the choices with regard to the history of the doctrine of baptism really boil down to:

1) belief that the apostles had one teaching on the subject, and

2) belief that the apostles contradicted each other, and/or that the Bible is internally incoherent on baptism, and/or that several contradictory positions can be legitimately, simultaneously held by Christians, which absolutely guarantees the presence of outright falsehood in the Church (by the law of contradiction).

It was always held to convey the remission of sins . . . the theory that it mediated the Holy Spirit was fairly general . . . The early view, therefore, like the Pauline, would seem to be that baptism itself is the vehicle for conveying the Spirit to believers; in all this period we nowhere come across any clear pointers to the existence of a separate rite, such as unction or the laying on of hands, appropriated to this purpose. (Early Christian Doctrines, San Francisco: Harper Collins, rev. ed., 1978, 194-195)

Likewise, The New International Dictionary of the Christian Church (ed. J. D. Douglas, Grand Rapids, Michigan: Zondervan, rev. ed., 1978, 100, “Baptism”), another respected Protestant reference work, which shows no inclination for Catholicism at all, in its tone or content, states:

Doctrinally, baptism very early came to be understood as a means of grace or a sacrament, in the sense of an instrumental means of regeneration . . . Infant baptism was practiced in the second century, but only with the aid of an adult sponsor.

The Nicene Creed includes the phrase: “We acknowledge one baptism for the forgiveness of sins.”

The second century is not late at all for a doctrine to be fairly developmentally “mature,” when we stop to recognize something like, e.g., the canon of Scripture. Before 160, the New Testament itself was not always clearly distinguished from other Christian writings. Justin Martyr’s “gospels” contained apocryphal material (he also did not accept Philippians, 1 and 2 Timothy, Titus, and Philemon as Scripture); Acts was scarcely known or quoted. Hebrews, James, 1 and 2 Peter, 1, 2, 3 John, Jude, and Revelation were not considered part of the canon, and many of these books weren’t even yet quoted.

Therefore, if infant baptism must go due to lack of early enough attestation (as if the 2nd century were too “late”), then the New Testament canon goes with it. Since Protestants will not relinquish the New Testament canon on these grounds, then the argument against infant baptism on the same grounds must collapse, lest a double standard be applied.

Moreover, original sin is accepted by Protestants, yet it, too, was a late development, and was not even included in the Nicene Creed. That doesn’t stop Protestants from accepting it, despite its “lateness.” Ditto for infant baptism. The patristic and biblical evidences for infant and regenerative baptism are quite good.

Scripture is not unclear about baptismal regeneration. I think it is quite clear, with a number of unambiguous and strong proof texts. Secondly, since regeneration is a power conferred in the water (ex opere operato, as we say; literally, “in working, it works” – i.e., it has inherent sacramental power to give grace), it can be applied to a baby just as to an adult. If one believes that it takes away original sin, and all people have original sin, including babies, and that knowledge of what is happening is not essential to the practice (and sacrament) then infant baptism follows straightforwardly).

I would contend, therefore, that the evidence for baptismal regeneration is strong in Scripture. Strong deductive reasoning leads to infant baptism as a result of that conclusion. Infant baptism is also suggested in Scripture, though far less directly. The patristic consensus was uniform on this matter. There is a reason for that. We say it is because it is true in the first place. God guides His Church, and such a consensus is the outward, objective indication of that, and the means of apostolic succession.

If one claims that the early Church on baptism is like current Protestantism, then why not be like them with regard to the canon of Scripture in the 2nd century? If doctrinal diversity on baptism in the early Church suggests the same should accrue today, then why not canonical diversity? Why not diversity on the nature of the Godhead (Arians didn’t emerge till the 4th century, Nestorianism in the 5th, and Monophysitism even later)? Why not allow all that diversity? If we are going to establish principles and analogies on one doctrine, then why just one and not others? How do we decide which ones to choose to compare to the situation in the early Church?

Well, I think when all is said and done, the argument becomes a circular one: Protestants choose those things that fit into the Protestant thinking and reject those that do not. Why? Because Protestants claim to go by the Bible alone, and history is never determinative. So it is used selectively, wherever it seems to “fit” the Protestant mold. Scripture supposedly, in theory, settles every major issue, since it is “perspicuous.” Yet with central, important issues like baptism and Eucharist, Protestants can’t figure out what the Bible teaches. Thus, they are forced to relativize and (in effect) trivialize those things and assert that whatever one believes about them is fine. I think that is a thoroughly unbiblical attitude, and irrational as well.

Catholics think consensus through history is important because we look at doctrine incarnationally. God preserves His Church, His Body. The Church is the living embodiment of God’s truth, in the apostolic doctrine, passed down. We are not determining truth by a “head count,” yet we think that whatever is true will be seen to have achieved a consensus among Christians throughout history (what we Catholics call the sensus fidelium), precisely because God so ordained it and preserved His truth.

It is similar to what I have called in other apologetic contexts, the “reverse pragmatic argument”: something is not true because it works, but it works because it is true. So the Catholic believes in faith that the true doctrines will be adopted by the majority of Christians. They don’t believe in the doctrines merely because of numbers. In other words, history means something. It means much more than just the Protestant “advise and consent.”

I think we must lean a bit more upon Church history to see where Christians have come down on the issue. And it is overwhelmingly in favor of infant (and regenerative) baptism. That matters only to people who are interested in the importance and authority of Church history: those who believe that God guides His Church and His people.

In the early Church there was disagreement on New Testament books that all parties accept today. If a Protestant thinks that scenario is analogous to ancient diversity on baptism, then they should accept a diversity of canons today. And of course no evangelical Protestant will do that. So, baptism ought to be viewed in the same way. It developed just as the canon did, and infant, regenerative baptism became the Orthodox position, challenged only in the 16th century, and even then (with regard to infant baptism), by a minority of Protestants only. 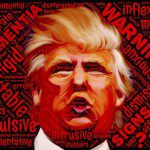 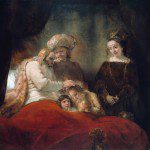 January 24, 2017 Old Testament Analogies & Precursors to Infant Baptism
Recent Comments
0 | Leave a Comment
"Hey Mr. Armstrong, What is your opinion on this YT channel? This is, mind you, ..."
Prasanth Did Medieval Catholicism Forbid All Vernacular ..."
"YOU SAID ;Dave’s position and those of other apologists is simple: Instead of letting the ..."
Paul Vinci Resurrection #23: How Did Judas Die?
"Dawkins goes to theism in general. It is on a 1-7 scale, 1= strong belief, ..."
Jim Dailey Pearce’s Potshots #23: God’s True Mercy ..."
"A few questions- First, does the scale specifically refer to christianity, theism in general, or ..."
DC Kurtz Pearce’s Potshots #23: God’s True Mercy ..."
Browse Our Archives
get the latest from
Biblical Evidence for Catholicism
Sign up for our newsletter
POPULAR AT PATHEOS Catholic
1