Cause of the Big Bang: Atheist Geologist Challenged 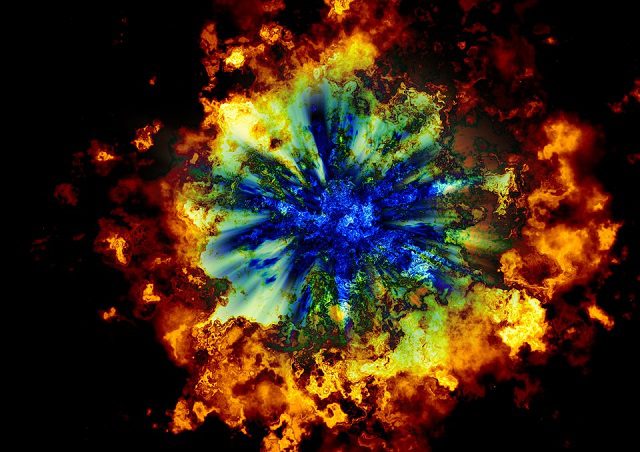 An atheist geologist who goes by the nickname of “ButILikeCaves” (he must be a spelunker) showed up on one of my posts at Patheos:

I place my confidence in the centuries of research, billions of man-hours, millions of pages of documentation, and mountains (literally, mountains) of physical evidence that refute the validity of any of the myriad religious creation myths out there.

Good for you. Tell me, then: how exactly did the Big Bang come about? What caused it?

We don’t know. We have some ideas, we are working hard at it, so eventually we might know. And “We don’t know” is a valid answer. Pursuing “We don’t know” is how we got where we are today, scientifically speaking. If every time we came up to a “We don’t know” we just threw in the intellectual towel and attributed what we did not know to some supernatural intervention (the “God of the Gaps” approach), we would still be living in trees and flinging our poo at each other.

Sure, “we don’t know” is a valid answer. It’s an admission of ignorance or lack of knowledge. If you pretend that empirical knowledge is the only sort of knowledge there is (it is not), then that’s all you have.

Likewise, “God did it” is at least as plausible epistemologically as your admission of complete ignorance.

I said we were working on it, and we have a lot of good models and ideas. Pro Tip: read the whole post before pulling the trigger.

As for ruling out any possibility of God… Which one? There are like 2,700 to choose from. I rule them all out for complete and total lack of supporting evidence. For thousands of years, the best any adherents can come up with “WAIT UNTIL YOU DIE!!! A-HA!!!”

It isn’t plausible at all only if one irrationally rules out any possibility of God or some eternal principle that lies outside of the universe and time, from the outset. But that is difficult to do.

In other words, there is no way to prove or establish beyond all rational doubt, the propositions: “only matter can bring about the universe we see today” and “nothing non-material could possibly have played a role in same.”

If you claim that empirical knowledge is the only kind, you’re a philosophical simpleton.

Evidence: bring it to me. Ad hominem: for when you are absolutely, positively not completely sure of your own argument, personally attack your opponent.

Science is itself a form of philosophy and requires non-empirical axioms to even get off the ground.

Yes… but with evidence. Again, bring some for your case. Like rocks and stuff. You know, reality stuff, not mind fluff.

To paraphrase you: “going to geologists for philosophical questions is like going to your Chevy mechanic for gynecology.”

LOOK AT THE BIG BRAIN ON DAVE!  A Creationist doing some homework! Refreshing. And going to philosophers for geologic questions is like going to Creationists for reality. Not a good mix.

Except that I’m not a creationist . . . I believe that God created. Two different things. He may have quite possibly used evolution as His method.

Thanks for the textbook demonstration of anti-theist angst, condescension, and folly. I couldn’t have dreamt up a caricature better than what you have provided us. Again, many thanks!

Professor of Mathematics and Philosophy of Science at Oxford University, John Lennox, explains how these things work:

According to [Stephen] Hawking, the laws of physics, not the will of God, provide the real explanation as to how life on Earth came into being. The Big Bang, he argues, was the inevitable consequence of these laws ‘because there is a law such as gravity, the universe can and will create itself from nothing.’

Unfortunately, while Hawking’s argument is being hailed as controversial and ground-breaking, it is hardly new. For years, other scientists have made similar claims, maintaining that the awesome, sophisticated creativity of the world around us can be interpreted solely by reference to physical laws such as gravity.

It is a simplistic approach, yet in our secular age it is one that seems to have resonance with a sceptical public. But, as both a scientist and a Christian, I would say that Hawking’s claim is misguided. He asks us to choose between God and the laws of physics, as if they were necessarily in mutual conflict.

But contrary to what Hawking claims, physical laws can never provide a complete explanation of the universe. Laws themselves do not create anything, they are merely a description of what happens under certain conditions. What Hawking appears to have done is to confuse law with agency. His call on us to choose between God and physics is a bit like someone demanding that we choose between aeronautical engineer Sir Frank Whittle and the laws of physics to explain the jet engine.

That is a confusion of category. The laws of physics can explain how the jet engine works, but someone had to build the thing, put in the fuel and start it up. The jet could not have been created without the laws of physics on their own – but the task of development and creation needed the genius of Whittle as its agent.

Similarly, the laws of physics could never have actually built the universe. Some agency must have been involved. . . .

It always amuses me that atheists often argue for the existence of extra-terrestrial intelligence beyond earth. Yet they are only too eager to denounce the possibility that we already have a vast, intelligent being out there: God. 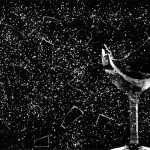 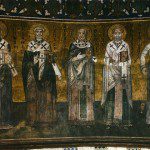 May 1, 2017 Hippolytus (d. c. 236) vs. Sola Scriptura as the Rule of Faith
Recent Comments
0 | Leave a Comment
"I Totally agree Calvinists are a minority. Their trick is they infiltrate every avenue to ..."
James Calvinism: Tiny Minority Historically & Demographically
"As I wrote in the paper:In several other instances, men are also bowed down to ..."
Dave Armstrong Bible on the Veneration of Angels ..."
"Angels are royal princes so of course they are worthy of veneration and bowing down ..."
Zoe Bible on the Veneration of Angels ..."
"Yes, because it's two different positions. Infallibility is a protection from error when one is ..."
Dave Armstrong Reply to Lucas Banzoli: 2 Tim ..."
Browse Our Archives
Related posts from Biblical Evidence for Catholicism