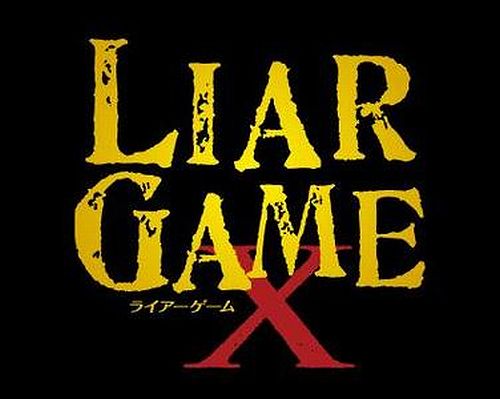 See my previous installment, Reply to Atheist on “Fabricated” OT Messianic Prophecies, to learn more about Mitch / “ProfMTH”: an atheist who loves to try to shoot down the Bible.

I’m delighted to have the opportunity to illustrate my longtime contention that atheists (or at least the more vocal, polemical, provocative ones) are usually out to sea and guilty of the most basic misunderstandings and fallacies when it comes to exegesis and hermeneutics, and about many (rather fundamental or essential) aspects of the Bible and the ancient near eastern approach to life and thought.

In his video, Jesus Was Not the Messiah — Part Two: continuation of the “study” that I critiqued last time, Mitch makes the claim that the New Testament writers and Christian apologists since biblical times have dishonestly applied the famous messianic passage Isaiah 53 to Jesus Christ, when in fact, according to him, it is clearly referring to Israel as a nation. Here are his own words (from 7:14 to 7:23 on the video):

The servant is repeatedly, consistently, indeed exclusively, identified as Israel.

He reiterates this sentiment again at 8:34 – 8:45 in almost identical language, after presenting seven passages from Isaiah that support his contention (Isaiah 41:8; 44:1; 44:2; 44:21; 45:4; 48:20; 49:3). Here is what is called a false dichotomy or false dilemma. These passages do indeed refer to a collective Israel, but this poses no problem whatever because “servant” is also applied to an individual in the same sort of passages. Often in the Bible, we observe multiple “both/and” applications of this sort.

One example is Revelation 12:1-6 (cf. Jer 4:31): the passage about the “woman clothed with the sun.” Christians have long applied this passage in a double sense: to Israel / the Church, but also to Mary, since there is very clear messianic language in 12:5 (“she brought forth a male child, one who is to rule all the nations with a rod of iron, but her child was caught up to God and to his throne, ” — cf. Ps 2:7-9).

The child here is analogous to the “servant” of Isaiah. This is an individual who is to be king (and Messiah). The mother figure is simultaneously a representative of Israel (and later the Church, by development and analogy) and a real person, Mary of Nazareth.

But Mitch either ignores this (or is blissfully unaware of it). Note carefully that he says that the “servant” is “repeatedly, consistently, indeed exclusively, identified as Israel.” The first description is true; so is the second, if not taken in an absolute sense. But the third description is false. And it is easily shown to be so. Mitch could have figured this out had he mildly troubled himself enough to crack open a biblical concordance, or use a searchable online Bible (as I do: the RSV).

The following passage (starting just two verses after one of his own “prooftexts”) is an example where “servant” is being used in reference to an individual (the Messiah or a figure like him); this is particularly evident and manifest from the fact that he is presented in contradistinction to Israel (therefore cannot be equated with Israel in this instance):

Isaiah 49:5-7 And now the LORD says,
who formed me from the womb to be his servant,
to bring Jacob back to him,
and that Israel might be gathered to him,
for I am honored in the eyes of the LORD,
and my God has become my strength —
[6] he says:
“It is too light a thing that you should be my servant
to raise up the tribes of Jacob
and to restore the preserved of Israel;
I will give you as a light to the nations,
that my salvation may reach to the end of the earth.”
[7] Thus says the LORD,
the Redeemer of Israel and his Holy One,
to one deeply despised, abhorred by the nations,
the servant of rulers:
“Kings shall see and arise;
princes, and they shall prostrate themselves;
because of the LORD, who is faithful,
the Holy One of Israel, who has chosen you.”

Using Mitch’s dubious exegesis, where, supposedly “servant” must “consistently, indeed exclusively” mean the nation Israel, we get the following sentiments (I merely substituted “the nation Israel” for “servant”: applying his logic):

Isaiah 49:5 (MRV: Mitch Revised Version) . . . who formed me from the womb to be the nation Israel, to bring Jacob back to him, and that Israel might be gathered to him, . . .

Isaiah 49:6 (MRV) . . . It is too light a thing that you should be my nation Israel to raise up the tribes of Jacob and to restore the preserved of Israel; . . .

Isaiah 53 itself fits in quite nicely with an interpretation of an individual (the Messiah / Jesus) being referred to, rather than a collective. There are a host of exegetical and cross-reference arguments that can be brought to bear in support of such a view. I noted many of them in an extremely in-depth dialogue on this very question that I had with an Orthodox Jew in 2001.

Moreover, there are a great many ancient and medieval Jewish commentators who took a messianic (rather than collective) interpretation of Isaiah 53, as I documented (again at extreme length) in another paper of mine. In other words, this particular interpretation is not merely a Christian one, let alone a supposedly dishonest Christian re-interpretation of what had always (supposedly) been believed by the Jews.

See also my related paper, with much additional documentation: Old Testament and Jewish Conceptions of the Messiah.

Christian apologists are ready, willing, and able to ignore what biblical texts do and do not say, in favor of their preferred positions.

That’s odd. I would submit that he has again done exactly the thing he falsely accuses others of doing. One might call that hypocrisy, as well as an unjust projection. 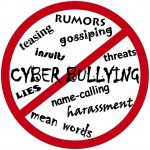 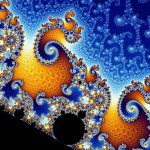 April 12, 2017 Reply to Atheist on Messianic Prophecies (Zech 13:6, Ps 22)
Recent Comments
0 | Leave a Comment
""every word and deed should be ratified by the testimony of the Holy Scripture"That one ..."
Caritas David T. King and William Webster: ..."
"The mention of him repeating "according to the Scriptures" in Book X is clearly out ..."
Caritas Hilary of Poitiers (d. 367) vs. ..."
"One of your favorites for me. I'm happy to read it again. Great fun. Another ..."
Tom Hanson Parting of the Red Sea: Feasible ..."
"You should appeal to your bishop. It's your canonical right."
Dave Armstrong “Eucharistic Pharisees” (Communion in the Hand)
Browse Our Archives
Related posts from Biblical Evidence for Catholicism