Papal Answers Would Only Help Resolve the Growing Crisis 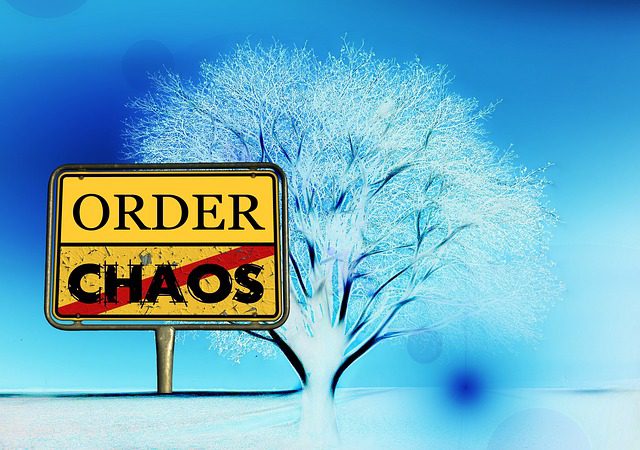 This is from dialogues taking place on my Facebook page today, from four who basically agree with my position, two who don’t. It occurred underneath a link to Fr. Dwight Longenecker’s article, “Why Doesn’t the Pope Answer His Critics?” Participants will be identified by name and/or color of text.

I continue to believe that he should, for the good of the Church. People (whether they’re wrong in asking or in substance or not) have questions. There are divisions. He’s the shepherd.

Faith Flaherty:  I don’t think he should. The time for questions was during the synod. Asking questions now is crossing the line. Sure, some don’t like the document that the synod came up with; there will always be disagreement, but you don’t publicize it and make demands on the pope to respond. Disagree and question all you want –in private–in the synod, not publicly.

Whether it’s right or not, there is growing division and scandal in the Church. Only the pope can rectify that. We need answers for the sake of unity. Actually, all or most of the efforts to get answers were made in private, and the pope ignored them, so they were made public. I’ve been advocating private discussion about it all along. I’m with you on that. But the pope’s continued refusal to deal at all with all this stuff actually makes it more and more of a public matter. I’m here writing about it now because of that, whereas I have said nothing for the previous eight months. What good comes out of what we have now in the Church? If the pope answered (assuming the answer is orthodox!), I think it would do a great deal of good.

Byron E. Aguilar: Yes Dave, you are right too. But do not forget how the pharisees and many disciples of Christ were scandalized for his teaching (especially in John 6) and Jesus did not clarify anything. If Pope wants to do it, okay! But he doesn’t have to.

I’m glad you brought that up. He didn’t clarify when He knew (knowing everything) that His questioners were cynical and already opposed to Him. But He did answer and explain to His own disciples, who talked to Him privately. He would explain the parables to them, but not to the Pharisees.

No, he doesn’t have to in some strict canonical sense. But my argument is that he should voluntarily do so, so as to provide answers in a crisis situation. Only he can do it; it’s better that he does (in my humble opinion) — things can hardly be worse than they are now –, therefore, he should do it.

Robert Salazar: When children argue and/or fight, a good parent does not let the episode get out of hand. They step in! That is what Pope Francis should do – step in and settle matters.

Yes! But he knew that doing that (clarify), some of them would have accepted his teaching.

Exactly. Of all the many thousands who have asked questions (not just this recent thing), certainly many would accept the teaching. Any further understanding and lesser amount of doubt and confusion is a good thing. It’s a mess now. What do we have to lose, in other words, if the pope clarifies?

Jesus explained to Peter that He was the Messiah. The same night (I believe), Peter told Jesus that He couldn’t or shouldn’t go to Jerusalem, for fear of what might happen, and Jesus told him, “Get behind me Satan!” So He knew Peter wouldn’t fully understand, even though He had just proclaimed him the Rock and first pope. But Peter had a good heart: just like many millions who are confused now.

Well, let’s see what is going to happen. But personally, I already read the Apostolic exhortation, and I’m ok, I’m not confused, and I will not leave the Church!!!

You’re not and won’t. I’m not and won’t. Many millions are, and might. And theological liberals / dissidents / modernists / heterodox [choose your term] are already exploiting the confusion big-time, precisely as they did with Vatican II, which they deliberately distorted beyond recognition. We never learn from history.

Kathy Court Thomas: If the pope would make his intentions clear we wouldn’t have to guess. His silence is cause of more confusion.

Eric Wendle: Clarity is not hard. So let’s have it.

Alan Phipps: The reality is that different episcopal conferences have reached widely different interpretations of Amoris Laetitia and its application of important points (Malta, Argentina, Philadelphia, San Diego, et al.). For us, the Bishop of Rome serves as a point of unity specifically to clear up these types of questions and disputes. One need not go so far as this “correction” did to at least ask a question. We respect the pope and want to make sure that his teaching is applied in an unambiguous way wherever possible.

And where that isn’t possible, it would seem to be that there should at least be some level of alignment about that. I don’t understand why this ever needed to reach the level it did as folks have now divided interpretations among ideological camps.

I agree 100%. Resolve the thing and move on. It reminds me of how when there is a scandal, the cover-up is far more momentous even than what the scandal was in the first place. This almost seems as if the behavior of utterly ignoring repeated pleas is causing far more confusion and creating a scandal, even if in fact there was nothing there in the first place. I believe Amoris Laetitia is orthodox. It’s the differential implementation that is causing problems. And that is exactly what only the pope can definitively settle.

So the question is: why in the world doesn’t he do so? I think Fr. Longenecker provides a theory as plausible as perhaps any other. Be that as it may, the problem remains the same and has to be dealt with.

September 26, 2017
Why Write "Bad" Stuff About Protestant "Reformers"?
Next Post 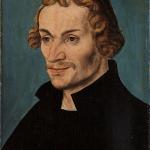 September 28, 2017 Philip Melanchthon's Agony Over Protestant Sectarianism
Recent Comments
0 | Leave a Comment
Browse Our Archives
get the latest from
Biblical Evidence for Catholicism
Sign up for our newsletter
POPULAR AT PATHEOS Catholic
1