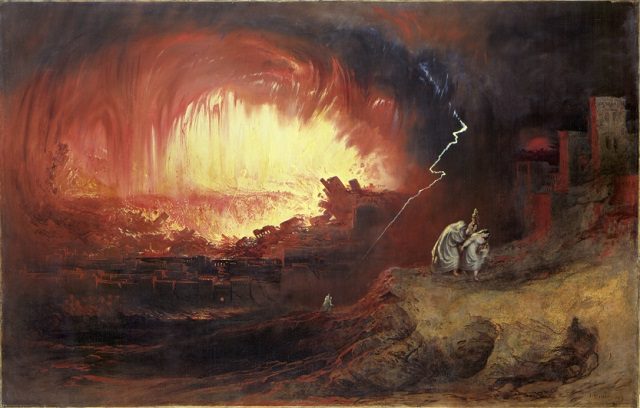 We’re already being judged to some extent, I think, but mostly as the natural result of our great sin. If God truly wants to judge us, it’ll be far worse. I don’t know why He is so merciful, since the US is now the wickedest nation in the history of the earth, judged by what we know and God’s standards.

The Nazis only killed 20-30 million or so. Stalin killed maybe 50 million; Mao, 60 million or so. We’ve legally butchered 55 million babies and we have been blessed materially more than any nation in history and have probably been more saturated with Christianity than any in history.

Thus by the biblical principle of “to whom much is given, much is required,” we’re far and away the wickedest. Jesus said Tyre and Sidon would have repented had they known the gospel. We have had it through our entire history, yet we still do the very wickedest thing imaginable: torturing and murdering helpless preborn babies, with everyday life going on all around the abortion mills, day in and day out: right before our noses.  Israel was judged more strictly than the heathen nations around it. Likewise, we are judged more strictly because we know more, and therefore, have less excuse.

And that’s only one sin. Then we have how we have treated black people and Indians through the centuries, and Chinese and Mexican immigrants, and the Irish and eastern European immigrants when they arrived; and the whole history of institutionalized racism and know-nothing anti-Catholicism. We massacred over 100,000 Japanese civilians with two nuclear bombs, which is indefensible according to Catholic teaching. We fire-bombed places like Dresden and Tokyo as well, killing many tens of thousands of civilians.

Now we have a massive mortal sin of contraception, euthanasia and probably infanticide on the horizon, and the redefinition of marriage to incorporate the mortal sin of sodomy, divorce and remarriage on an unprecedented scale, and massive cohabitation (i.e., fornication) and pornography.

America still has a lot of great Christians. That may be why God hasn’t incinerated us yet. But judgment of nations entails some righteous suffering as well. When God judged wicked Saul, his righteous son Jonathan died along with him. The prophet Daniel was taken away to Babylon in slavery, along with all the wicked rebels that had brought about Jerusalem’s destruction.

God is the Creator and also Judge. If people disobey His moral Law, they will eventually be judged: both as nations (annihilation or greatly diminished importance) and as individuals (hell). God is a just judge, and exercises His wrath at a certain point of no return.

Young people overwhelmingly (by appearances) think same-sex “marriage”, cohabitation, fornication, and (increasingly), pornography are a-ok. There is less and less sense of sexual sin. And it will lead to societal disaster.

If we want to see what we’re headed for, we should look at the inner cities, where families and sexual mores and educational systems have already completely broken down. Take a look at inner-city Chicago or Detroit. Radically secular liberalism and Christians who won’t take a stand for morality are rapidly bringing this about.

We almost completely ignore the plight of the poor in our country. The Bible is filled with injunctions to help the poor and rescue the oppressed. True, we tried the “Great Society” and “War on Poverty” with the very best of intentions. But now that they have failed and we see the disastrous fruit all around us: broken homes, poverty worse than ever, terrible schools. We know that the policies haven’t alleviated policy or made things better for the poor, especially in inner cities, but no one seems willing to try anything different.

Thus, the Democrats, who claim a monopoly of compassion towards the poor, and no racism in their ranks whatever (only Republicans are racists, so they confidently inform us) are every bit as much to blame as Republicans, who do little to change things, either. Having a black President made no difference: black employment, home ownership, and income all went down after his eight years of do-nothingism.

Only a true, vast, deep spiritual revival of historic proportions will fundamentally change this trajectory, and we’re so far gone that this will only come as a result of a spectacular catastrophe. It may not be far away. God loves us too much to not allow a catastrophe to wake us up. So it’s coming. There’s no doubt whatsoever. Ever-encroaching secularism is doing incalculable damage to what little moral capital we have left. That’s not helping things, either.

Persecution of Christians will soon be here. There are limited signs already. It won’t be martyrdom in the near future (that’ll take a while), but rather, lots of suffering financially, being smeared, having our rights taken away, being muzzled, laughed at, ridiculed, removed from any significant cultural influence. All of that is proceeding full force in media, entertainment, workplaces, schools, and government.

Jeremiah didn’t look forward to what was coming in his time. That’s why he was the “weeping prophet.” But he knew it was coming. And we know from history that it’s coming for us. Heaven help us when it does. I think there’s still time for a revival and moral recovery, but not much. The window is narrower and narrower. We continue to make all the wrong choices. It’s much more likely that we will go completely downhill. But it’s a long process: just as ancient Rome’s fall was.

Christians giving up on politics is a lot of the reason why all these immoral laws are here. We just give up and put our heads in the sand . . .

This country preserved Christian morality in law for the most part till 50 years ago. I say the primary cause of our current moral mess is the sexual revolution: especially starting with widespread use of the Pill in 1960. That and taking God out of the schools, combined with legal abortion in 1973, and welfare laws that decimated families, is all it took to set the ball well in motion. All that occurred from 1960 to 1973. It took another generation for it to fully cause society and Christian civilization to break down. So we’re there now, and see the crumbling walls all around us. We now live in a moral sewer. 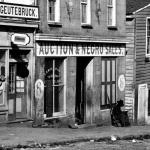 September 4, 2017
Slavery as America's Original Sin & Root Cause of the Civil War
Next Post 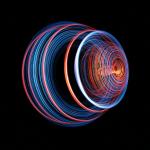 September 5, 2017 Sola Scriptura and Private Judgment Are Logically Circular
Recent Comments
0 | Leave a Comment
"He says he's an atheist, but argues like a fundamentalist. Same old same old."
Dave Armstrong Did Moses Exist? No Absolute Proof, ..."
"Yes, it is summed up nicely in your observation “Scratch an atheist find a fundamentalist”. ..."
Jim Dailey Did Moses Exist? No Absolute Proof, ..."
"Yes, exactly! Just philosophically we can defend a general theism (without getting into Christianity) by ..."
Heretics Beware Problem of Evil & of Good: ..."
"You have written well about Erasmus. But, I don't think that is the view that ..."
Prasanth Erasmus-Luther Correspondence: 1517 to 1534
Browse Our Archives
get the latest from
Biblical Evidence for Catholicism
Sign up for our newsletter
POPULAR AT PATHEOS Catholic
1