I Condemned Society-Wide Sexual Coercion in 2007 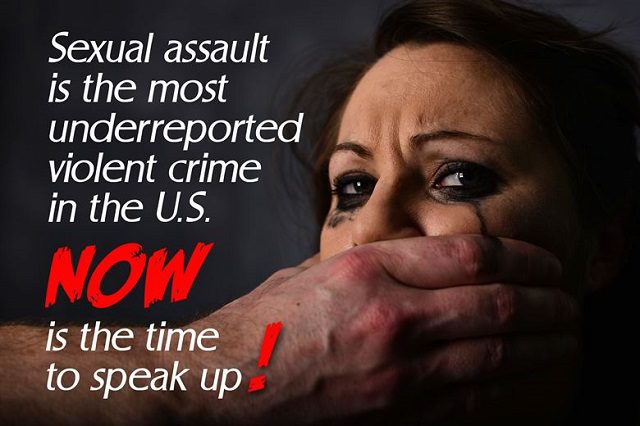 I’m delighted to see liberals and/or feminists starting to do the same thing now. The fact of these recent revelations shouldn’t surprise anyone in the slightest: not one bit. The only surprise is: why did it take liberals and mainstream (largely liberal and secular) society so long to finally say “enough is enough“? Could it be, it’s because the very sexual revolution that liberals have championed for so long, has arguably played a key role in bringing these scandals and outrageous behaviors (in terms of being so widespread) about?
*
And they say that conservatives (like me) supposedly care so much less about “women’s issues” and that liberals are so much more compassionate and concerned, and treat women as equals? That’s all exploded to hell now, ain’t it? Sexual sin knows no political boundaries. It’s a human sin problem, and last I checked, we are all fallen creatures, with concupiscence and lust that we must overcome by God’s grace. Liberals were ecstatic about Judgment Day Roy Moore (i.e., keeping the myth alive that this is supposedly more of a conservative and “Christian hypocrisy” / “holier than thou” problem), and then, lo and behold, the Senator Al Franken scandal arises . . . I must say: I love the irony and comedic timing there.
*
All of a sudden, now 70-something liberals like Jeff Greenfield (whom I have liked as a newsman through the years) become morally courageous (with Bill Clinton safely out of office and Hillary defeated and irrelevant) and say that Bill Clinton is a sexual predator? Welcome to the club, Jeff! Of course, we conservatives have been saying that since before Monica Lewinsky: all the way back to Gennifer Flowers in 1992 (that’s 25 years, by my math). We were mocked and pilloried (the “vast right-wing conspiracy” routine); that is, till the blue dress appeared, and till Clinton admitted to at least the Lewinsky shenanigans. Where was all the vaunted, self-proclaimed liberal “superior” concern for women and equal treatment, back then, and for the intervening 25 years? Radical feminist icon Gloria Steinem defended The Zipper against all the allegations in 1998, in the New York Slimes.
I wrote almost ten years ago, when the Catholic sex scandals were swirling around (which I immediately condemned in no uncertain terms), that this was universal in society. I documented how Protestants and Orthodox and institutions like the public schools had their own sex scandals, and said it was in every other sector of society, too, so that if only the Catholic Church is scrutinized, people will be allowing many other victims to suffer.
Bingo (to use some Catholic lingo)! Now we have Hollywood (that surprises anyone??!!) and national politicians (that does, too?) and the press (Halperin) being exposed for the same garbage.
The latest scandals all over the place also show very clearly that it’s obviously not a problem confined to men who are supposed to be celibate by profession (priests). The Catholic scandals largely had to do with active homosexuality; but the current ones (at least those we are hearing about) deal mostly with heterosexual promiscuity and immorality.
*
I wrote in my own combox, under an article about Protestant, Orthodox, and Jewish sex scandals, on 6 April 2008: (italics and bolding added presently)

I refuse to sit by and accept the myth that these horrors only occur in Catholic circles (since that is all we hear about in the media). It’s just not true.

I utterly condemn the heinous sins and at the same time tell the truth about where they are occurring (and that is everywhere, pretty much). If we pretend that it only happens with priests, then we are enabling the perpetrators to commit even more crimes, as we put our heads in the sand.

In other words, pointing out the severe bias of the media is not helping the abuse continue; it is the pretense of “Catholic only” that does that, because then it can occur in all these other places, and folks aren’t even aware of it (which is exactly what the molesters and pedophiles like: safe anonymity).

Now, in November 2017, society is starting to wake up. How many thousands of victims could have been spared these past ten years, if folks had stopped pretending that it was only a problem in the Catholic Church, or that saintly, equal-rights-for-all bleeding-heart liberals (unlike those wicked conservative bigots and woman-haters) would never ever mistreat women and use and abuse them as a result of the so-called “privilege” of their power and riches?
*

Again, in my blog post, “Wisconsin, Irish, German, and Other Catholic Sexual Abuse Scandals: Collection of Factual, Objective Links” (dated 4-21-10), I linked (in the final section) to several papers that contended for the same thing: the society-wide nature of these sexual problems. That observation appeared to fall on deaf ears in our society till now. And so, in the meantime, that many more lives were harmed and altered forever (many literally ruined) by our society’s unwillingness to face the facts. Here are some of those articles I linked to, with excerpts:

. . . take the public schools. When an accusation was lodged against the history teacher, a generation ago, was he prosecuted? Not likely. Far more often he was quietly let go, and eventually found a job teaching in another school–just as priests were allowed to work in another parish. . . .
*
It wasn’t just the Church. Society as a whole chose to avert its eyes and cover up the evidence of scandalous conduct. Now that the Church has been under fire for a decade or more, it’s time to broaden the inquiry. What other institutions were guilty, and why? What other institutions need reform? . . .
*
For years now we have been talking about sexual abuse as a problem for the Catholic Church, and that it certainly is. But it’s a problem outside the Church as well, and that problem should now be addressed.

A lot of sex abuse involving children is going on, the rabbi noted. “It’s not simply a Catholic problem.”

I even found one article that (almost prophetically) discussed the Hollywood director and child rapist Roman Polanski in conjunction with the Catholic scandals: “Dominic Lawson: The Pope is vilified, Polanski indulged” (Independent, 19 April 2010; see more about Lawson). Excerpts:

Polanski has not been doing the usual TV interviews that accompany critical acclaim. He is under house arrest in his Swiss chalet, fighting the attempts of a California court to extradite him for the sexual abuse of a 13-year-old girl, Samantha Geimer, in 1977.

The world of film – indeed, of art in general – regards this (Polanski’s arrest, that is, not his abuse of a 13-year-old girl) as a scandal. This attitude was most clearly evident in the remark of the Hollywood actress Whoopi Goldberg, who last year defended him with the observation, “I know it wasn’t rape-rape”. With this remarkable neologism, Goldberg gave a new gloss to the old line (usually uttered by men) of “she said no, but she meant yes”.

Geimer’s testimony to the grand jury of the Los Angeles Supreme Court therefore bears repetition. She told the court how the then 44-year-old director plied her with the drug Quaalude mixed with champagne at the home of Jack Nicholson, and then, ignoring her befuddled requests that she wanted to “go home”, began to molest her. Polanski, obviously much less befuddled, repeatedly asked her if she was on the pill; not satisfied with the clarity of her response, he buggered her. . . .

I had always imagined that it was people who raped children, rather than organisations, but perhaps Prof Dawkins is not so much interested in bringing men to book for their abuse of children, as the Catholic Church for the opinions it propagates. In fact this was made clear – Dawkins is at all times wonderfully lucid – in his book The God Delusion, published in 2006. He wrote then that “we live in a time of hysteria about paedophilia, a mob psychology that calls to mind the Salem witchhunts of 1692”. Dawkins went on: “The Roman Catholic Church has borne a heavy share of such retrospective opprobrium … I dislike the Catholic Church, but I dislike unfairness even more and I can’t help wondering whether this one institution has been unfairly demonised over this issue, especially in Ireland and America.”

. . . there is also a similarity between Polanski’s behaviour and that of the sexually predatory priest. In both cases the abuse was one of a position of power. That is much more obvious in the case of the clergy: especially in a country such as Ireland, where the constitution of the Republic itself gave them “special” authority. They had, in effect, absolute power, which was not just (as Acton observed) absolutely corrupting, but which also intimidated their victims into acquiescence.

Similarly, the world-famous film director fully understood the power he had over a 13-year-old would-be starlet, whose pictures he had promised to take for a future edition of French Vogue. It is almost the oldest story in Hollywood, but none the less disgusting for that; the defence of “she wanted it, really” would not impress the cultural world if the proposer of that eternal exculpation were a man without artistic pedigree.

Just as it was outrageous for the Catholic Church, at any level, to put the burnishing of the reputation of its priesthood ahead of the sufferings of children, so those who put their faith in artists should realise that they too have no special claim to be beyond good and evil.

So, I tried to do my share to expose the society-wide sexual coercion going on: ten years ago and seven years ago.  I’m very glad to see that finally the message is gaining traction: among all political perspectives, so that at long last, instances of this monstrous behavior can be decreased. Polanski was wildly cheered at a recent Hollywood awards show. Maybe now he won’t be anymore. That’s progress.

Now, we see liberals condemning Bill Clinton’s behavior: 25 years late, but better late than never. And we see Democrat Senators giving fellow Democrat Senator and pervert Al Franken no quarter. That’s new. And that means that (thank God) we have an opportunity to make some huge and long overdue changes in  what our society permits, as regards [mostly] powerful men and their [mostly] female sexual victims. 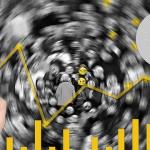 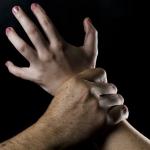 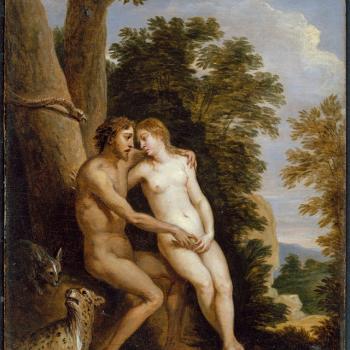 Catholic
Dialogue: Are Paul, the Bible, & Catholicism Against...
Biblical Evidence for Catholicism
TRENDING AT PATHEOS Catholic