Christmas Trees: Where & When Did They Originate?

Christmas Trees: Where & When Did They Originate? December 12, 2017 Dave Armstrong 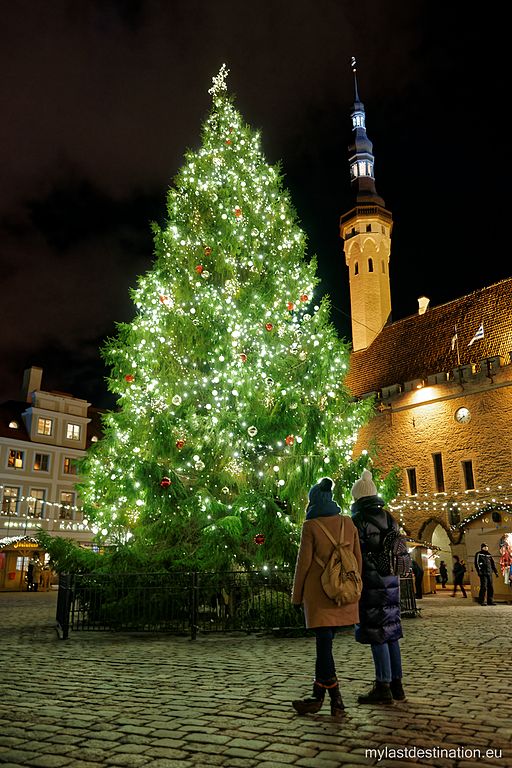 [T]he tradition that trees and flowers blossomed on this night is first quoted from an Arab geographer of the tenth century, and extended to England. In a thirteenth-century French epic, candles are seen on the flowering tree. . . . the Christmas tree [was] first definitely mentioned in 1605 at Strasburg, and introduced into France and England in 1840 only, by Princess Helena of Mecklenburg and the Prince Consort respectively.

Germany is credited with starting the Christmas tree tradition as we now know it in the 16th century when devout Christians brought decorated trees into their homes. Some built Christmas pyramids of wood and decorated them with evergreens and candles if wood was scarce. It is a widely held belief that Martin Luther, the 16th-century Protestant reformer, first added lighted candles to a tree. Walking toward his home one winter evening, composing a sermon, he was awed by the brilliance of stars twinkling amidst evergreens. To recapture the scene for his family, he erected a tree in the main room and wired its branches with lighted candles. . . .

Another legend says that in the early 16th century, people in Germany combined two customs that had been practiced in different countries around the globe. The Paradise tree (a fir tree decorated with apples) represented the Tree of Knowledge in the Garden of Eden. The Christmas Light, a small, pyramid-like frame, usually decorated with glass balls, tinsel, and a candle on top, was a symbol of the birth of Christ as the Light of the World. Changing the tree’s apples to tinsel balls and cookies; and combining this new tree with the Light placed on top, the Germans created the tree that many of us know now. . . .

Most 19th-century Americans found Christmas trees an oddity. The first record of one being on display was in the 1830s by the German settlers of Pennsylvania, although trees had been a tradition in many German homes much earlier. The Pennsylvania German settlements had community trees as early as 1747. . . .

In 1846, the popular royals, Queen Victoria and her German Prince, Albert, were sketched in the Illustrated London News standing with their children around a Christmas tree. . . .

By the 1890s Christmas ornaments were arriving from Germany and Christmas tree popularity was on the rise around the U.S. It was noted that Europeans used small trees about four feet in height, while Americans liked their Christmas trees to reach from floor to ceiling.

The early 20th century saw Americans decorating their trees mainly with homemade ornaments, while the German-American sect continued to use apples, nuts, and marzipan cookies. Popcorn joined in after being dyed bright colors and interlaced with berries and nuts. Electricity brought about Christmas lights, making it possible for Christmas trees to glow for days on end. With this, Christmas trees began to appear in town squares across the country and having a Christmas tree in the home became an American tradition.

“The History of Christmas Trees” (WhyChristmas.com):

The first documented use of a tree at Christmas and New Year celebrations is argued between the cities of Tallinn in Estonia and Riga in Latvia! Both claim that they had the first trees; Tallinn in 1441 and Riga in 1510. . . .

In 1584, the historian Balthasar Russow wrote about a tradition, in Riga, of a decorated fir tree in the market square where the young men “went with a flock of maidens and women, first sang and danced there and then set the tree aflame”. There’s a record of a small tree in Bremen, Germany from 1570. It is described as a tree decorated with “apples, nuts, dates, pretzels and paper flowers”. . . .

In Germany, the first Christmas Trees were decorated with edible things, such as gingerbread and gold covered apples. Then glass makers made special small ornaments similar to some of the decorations used today. In 1605 an unknown German wrote: “At Christmas they set up fir trees in the parlours of Strasbourg and hang thereon roses cut out of many-colored paper, apples, wafers, gold foil, sweets, etc.” . . .

[I]n 1882 Edward Johnson, who was a colleague of Edison, hand-strung 80 red, white and blue bulbs together and put them on his tree in his New York apartment (there were two additional strings of 28 lights mounted from the ceiling!). . . . The first commercially available electric string of lights, which more people could afford, were advertised in 1903 when a string of 24 lights cost $12.

Modern Christmas trees originated during the Renaissance of early modern Germany. Its 16th-century origins are sometimes associated with Protestant Christian reformer Martin Luther who is said to have first added lighted candles to an evergreen tree. The first recorded Christmas tree can be found on the keystone sculpture of a private home in Turckheim, Alsace (then part of Germany, today France), dating 1576. . . .

Customs of erecting decorated trees in wintertime can be traced to Christmas celebrations in Renaissance-era guilds in Northern Germany and Livonia. The first evidence of decorated trees associated with Christmas Day are trees in guildhalls decorated with sweets to be enjoyed by the apprentices and children. In Livonia (present-day Estonia and Latvia), in 1441, 1442, 1510 and 1514, the Brotherhood of Blackheads erected a tree for the holidays in their guild houses in Reval (now Tallinn) and Riga. On the last night of the celebrations leading up to the holidays, the tree was taken to the Town Hall Square where the members of the brotherhood danced around it. . . .

Although the tradition of decorating the home with evergreens was long established, the custom of decorating an entire small tree was unknown in Britain until some two centuries ago. At the time of the personal union with Hanover, George III’s German-born wife, Charlotte of Mecklenburg-Strelitz, introduced a Christmas tree at a party she gave for children in 1800. The custom did not at first spread much beyond the royal family. Queen Victoria as a child was familiar with it and a tree was placed in her room every Christmas. In her journal for Christmas Eve 1832, the delighted 13-year-old princess wrote:

After dinner… we then went into the drawing-room near the dining-room… There were two large round tables on which were placed two trees hung with lights and sugar ornaments. All the presents being placed round the trees…

. . . The tradition was introduced to North America in the winter of 1781 by Hessian soldiers stationed in the Province of Québec (1763–1791) to garrison the colony against American attack. General Friedrich Adolf Riedesel and his wife, the Baroness von Riedesel, held a Christmas party for the officers at Sorel, delighting their guests with a fir tree decorated with candles and fruits.

The Christmas tree became very common in the United States in the early nineteenth century. The first image of a Christmas tree was published in 1836 as the frontispiece to The Stranger’s Gift by Hermann Bokum. The first mention of the Christmas tree in American literature was in a story in the 1836 edition of The Token and Atlantic Souvenir, titled “New Year’s Day,” by Catherine Maria Sedgwick, where she tells the story of a German maid decorating her mistress’s tree. . . .

One of the earliest testimonies of this are the registers of the town of Schlettstadt (1521) [Alsace], in which special protection was prescribed for forests on the days prior to Christmas; forest rangers were responsible for punishing anyone who cut down a tree to decorate his house. . . . From Alsace, the tradition of the Christmas tree spread across Germany and the whole of Europe, and soon even arrived in North America.

Another possible source of the Christmas tree (and probably the most likely) comes from medieval religious plays in Germany. Among the most popular of these plays was the “Paradise” play. It started with the creation of man, acted out the first sin, and showed Adam and Eve being expelled from Paradise (the Garden of Eden). It closed with the promise of a coming Savior, which made the play a particular favorite during the Christmas season. In the play, the Garden of Eden was most often represented by a fir tree hung with apples and surrounded by candles. . . .

Though Christmas trees may have already existed in homes throughout Germany at the time of Luther, it is possible that he did in fact conceive the idea of adding candles to their branches.

Photo credit: Christmas Tree on the town hall square of Tallinn, Estonia, where it is documented that in 1441 an evergreen tree was erected, and that the townsfolk danced around it at Christmastime. Photograph by Guillaume Speurt (11-24-16) [Wikimedia Commons /  Creative Commons Attribution-Share Alike 2.0 Generic license] 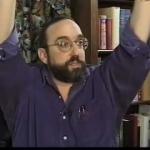 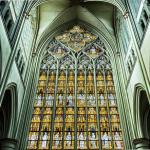 December 12, 2017 Dialogue on Tradition: Good or Bad, How Much?, Etc.
Recent Comments
0 | Leave a Comment
Browse Our Archives
get the latest from
Biblical Evidence for Catholicism
Sign up for our newsletter
POPULAR AT PATHEOS Catholic
1

Catholic
Why Would a Sinless Mary Offer Sacrifices?
Biblical Evidence for Catholicism