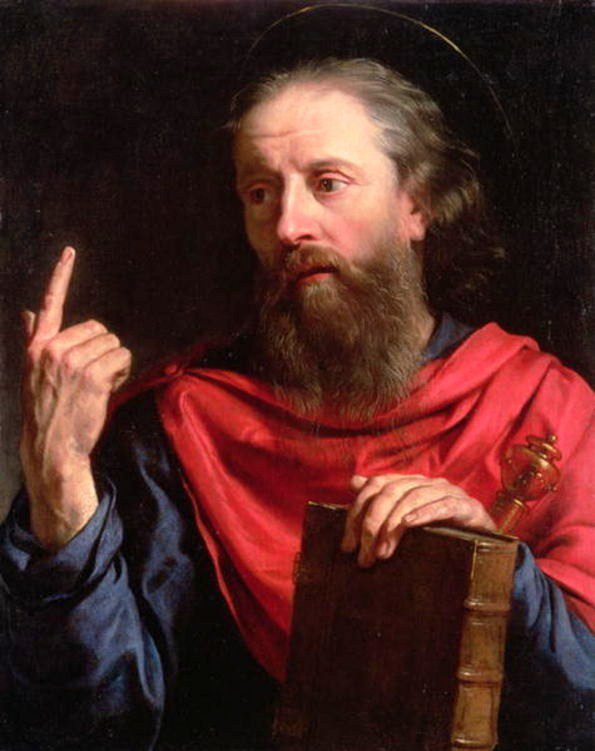 [Dr. Edward Feser’s words will be in blue]

Romans 13:1-4 (RSV) Let every person be subject to the governing authorities. For there is no authority except from God, and those that exist have been instituted by God. [2] Therefore he who resists the authorities resists what God has appointed, and those who resist will incur judgment. [3] For rulers are not a terror to good conduct, but to bad. Would you have no fear of him who is in authority? Then do what is good, and you will receive his approval, [4] for he is God’s servant for your good. But if you do wrong, be afraid, for he does not bear the sword in vain; he is the servant of God to execute his wrath on the wrongdoer.

In their book, By Man Shall His Blood be Shed: A Catholic Defense of Capital Punishment (San Francisco: Ignatius Press, 2017), Dr Feser and his co-author Dr. Joseph M. Bessette assert:

Then there is Romans 13:1-4, traditionally understood as a straightforward affirmation of the right of the state to execute criminals . . . (p. 107)

Now, Romans 13 has traditionally and consistently been understood as putting forth moral principles concerning state power in general and capital punishment in particular . . . (p. 109)

My approach to Genesis 9:6 in my previous paper applies in the present case also: my meager goal once again is to show that there is at least some serious thinking among biblical scholars that Romans 13:4 does not necessarily directly refer to or sanction the death penalty. If in fact this is so, it would undermine the “legal” case that Dr. Feser establishes on the basis of it. In my first paper on the topic I cited at some length the interpretations of three scholars who critiqued Dr. Feser. I’ll briefly summarize some of their opinions. E. Christian Brugger wrote about the passage:

Following a common interpretation of biblical scholars, . . . it refers to the general policing authority of the Romans to enforce tax collection. In this case, the metaphor of the sword, a likely reference to the use of lethal force, does not refer to the state’s penal authority (and so a fortiori not to its right to inflict capital punishment), but to the sword’s use in policing, which does not necessitate intentional killing, but rather unintentional killing in the pursuit of rendering aggressors incapable of causing harm in the enforcement of the law.

The passage almost certainly says nothing about capital punishment at all.  . . . When . . . Paul speaks of the power that “bears the sword” . . . the phrase almost certainly refers to . . . a word that usually meant a soldier but could also refer to a military policeman, civil guard, or taxation enforcement officer. . . . It is rather as if a modern writer were to say, “A policeman doesn’t carry a gun just for show (so, if you create disorder, do not be surprised if he uses it).” . . .

Dr. Feser, in his reply to Hart retorts:

[T]he most that Hart is entitled to say about the passage is that some biblical scholars, and modern ones at that, have proposed reinterpreting the passage as not referring to capital punishment. But this reinterpretation is by no means either universally accepted, or accepted with confidence by all who propose it.

Feser then proceeds to produce six such scholars who take his view, and concludes: “More examples could be given, but that much suffices to show that Hart gives a false impression of the state of modern Scriptural exegesis of this passage.” Fair enough. But by the same token we can, in turn, produce many biblical exegetes who contend for a contrary view as well. I will do so now. Again, my aim is simply to demonstrate that Dr. Feser’s “capital punishment” interpretation of Romans 13:4 (even though — I readily concede — it has a long, “mainstream” pedigree in Church history) is not the only possible one, from the standpoint of scholarly exegesis. And (the more I study the passage), it looks like it is not the most feasible, plausible, warranted interpretation, either.

Bear the sword: an allusion to the Roman ius gladii, by which a Roman citizen serving in the army could be condemned to death, has been seen (Barrett), but this is doubtful. Paul rather has a general statement in mind, that the state has power to quell resistance when civil order is in peril.

2) A. T. Robertson, Word Pictures in the New Testament:

It is clear from this passage that capital punishment is sanctioned by Scripture. At the same time its abolition is not excluded, as the abolition of slavery was not excluded, if the gradual development of Christian principle should seem to demand it. Whether or not capital punishment ought to be abolished, is a question for jurists, publicists, and statesmen. The theologian, as such, has no decision to give either way.

. . . to know that if an individual sets himself to subvert the moral order of the world, its representatives can proceed to extremities against him . . . is not to vindicate capital punishment as it exists in the law or practice of any given society. . . . it is the punitive ministry of the magistrate which is alone in view.

More recent lexical work has emphasized that: 1) the word for sword in Romans 13:4, macaira, denoted a short sword or dagger, thus unsuitable for beheading someone in execution. . . . 3) When macaira was used in official contexts it referred not to executions but to the police force. Thus, Paul is referring to the civil government’s power to force compliance in paying taxes. . . .

Romans 13:1-7 cannot bear the weight that proponents of capital punishment have put on it. Once again, one of the main supports for the Christian belief in the death penalty is weakened, if not destroyed, when we attend to the historical situation and the context. A text instructing Christians to pay their taxes can hardly be appropriated to defend maintenance of the death penalty. And if the two main props for capital punishment (Gen 9:6 and Rom 13:1-7) are removed, why would one want to advocate the death penalty any further? (p. 246)

With regard to ‘the authority does not bear the sword in vain’ (Romans 13: 4) as a justification for capital punishment, the ‘sword’ of Romans 13: 4 is the symbol of judicial authority, but it was not the instrument used by the Romans to carry out capital sentences. (p. 103)

7) James Strong, A Concise Dictionary of the Words of the Greek New Testament:

Machaira: means a short sword worn on the belt, in King James English we would say a dirk; in modern English, a dagger. This is not the instrument used for decapitation, the form of capital punishment by sword in Paul’s day. This word is used as a symbol or metaphor for the authority of the courts to inflict punishment. We know that such punishments could include fines, prison, flogging, etc.

Rhomphaia: means a saber, a long and broad cutlass. This is the instrument used for decapitation, the form of capital punishment by sword in Paul’s day.

Why would Paul use the word for dagger if he were talking about capital punishment? . . .

When we properly understand romans 13:4, based on the usage of the actual Greek words in the earliest scriptures, it is clear that the verse contains no mandate for capital punishment. It does support the power of judicial authority to impose punishment upon malefactors. (pp. 97-98)

9) Getting on Message: Challenging the Christian Right from the Heart of the Gospel (edited by Peter Laarman, Boston: Beacon Press, 2006):

Christian defenses of capital punishment have relied upon Romans 13 more than any other New Testament passage, arguing that Paul recognizes the state’s right to punish criminals, even with death. . . .

Nor is it clear the “sword” mentioned in Romans 13:4 refers to the executioner’s blade. It is more likely that the “sword” here refers to the state’s authority to use force to keep the peace, relying normally on police or soldiers and not on executioners. In this case Paul writes to discourage Christians from joining a tax rebellion . . . Most biblical scholars agree that Romans 13 does not offer an argument justifying capital punishment. (p. 120)

[W]e cannot be absolutely sure that this is what the imagery conveys. Paul simply might be referring to the “police powers” of the state, the right of the state to enforce law and order. Some ancient writers refer to police as “sword-bearers.” The upshot is that Romans 13:4 probably cannot settle the matter one way or the other. I think it likely that it implies the right of rulers to execute criminals; but we cannot be sure. (p. 186)

A team of well-known New Testament scholars in Germany wrote the authoritative study of this passage. They point out that Paul is not teaching about the death penalty. Paul is urging his readers to pay their taxes and not to participate in a rebellion against Nero’s new tax. An insurrection against taxes had recently occurred and had gotten Christians kicked out of Rome, including Priscilla and Aquilla. Another one was brewing. . . . Paul was urging Christians to make peace, pay Nero’s new tax, and not rebel. He was not arguing for the death penalty. (p. 131)

It is clear that the presenting issue at Rome that leads Paul to write these verses is taxation (13:6-7), and specifically the possibility of resistance by Roman believers to Roman taxation (13:2, 4). (p. 395)

Note: For additional extensive discussion on the overall issue, and especially on what Dr. Fastiggi and I think about it, see a combox on Dr. Feser’s blog, where I am very active. 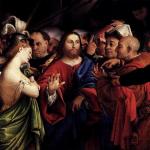 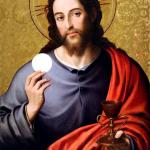 December 7, 2017 Treatise on Transubstantiation in Reply to Protestants
Recent Comments
0 | Leave a Comment
"Thanks for the compliment. God bless!"
Dave Armstrong Reply to Gavin Ortlund’s “Relics: A ..."
"Dave, I totally agree with you. Also, I love reading your Patheos blogs. I haven't ..."
Ted McCartin Reply to Gavin Ortlund’s “Relics: A ..."
"I worked in a lab with a Calvinist Christian and a devout Sunni Muslim. We ..."
canoelover Perseverance of the Saints: Reply to ..."
"The Father's of the Church, Councils, and Popes actually interpreted and taught that Matthew 5:32 ..."
Ammi Matthew 19:9 “Divorce Exception” Translation Bias
Browse Our Archives
Related posts from Biblical Evidence for Catholicism