Dialogue with a Mormon on God’s Nature & Transcendence 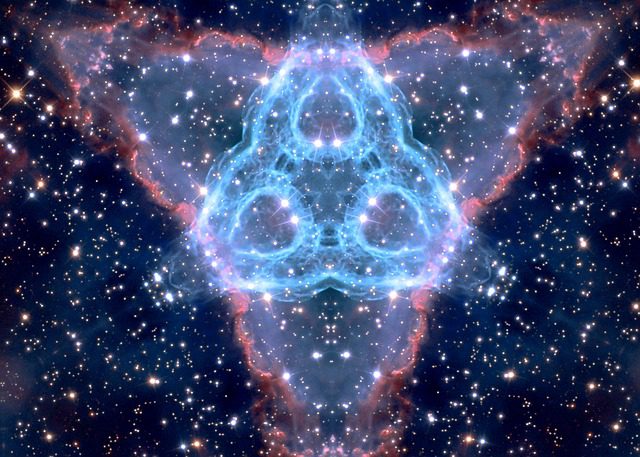 The Bible teaches that God is absolutely transcendent. He is eternal; He is the Creator.

Words of “Tom” will be in blue.

My general opinion is that the Bible teaches that Jesus is divine. There is clearly a degree of subordinationism within the Bible (and the pre-Nicene Fathers). I do not think the Bible suggests that Christ’s –ousia is inferior to the Father’s –ousia, but I do not think that God’s divinity or Christ’s divinity in the Bible is ever said to be a product of their (one or shared or possessed or different or …) ousia. Of course the Bible never uses “ousia” to mean the substance of the Father or the shared divine substance. Thus, what the Bible does do is subordinate Christ to His Father and not comment on the relative equivalence or lack of equivalence of their –ousia.

JOHN 5:17-21 But Jesus answered them, My Father worketh hitherto, and I work. (18) Therefore the Jews sought the more to kill him, because he not only had broken the sabbath, but said also that God was his Father, making himself equal with God. (19) Then answered Jesus and said unto them, Verily, verily, I say unto you, The Son can do nothing of himself, but what he seeth the Father do: for what things soever he doeth, these also doeth the Son likewise. (20) For the Father loveth the Son, and sheweth him all things that himself doeth: and he will shew him greater works than these, that ye may marvel. (21) For as the Father raiseth up the dead, and quickeneth {them}; even so the Son quickeneth whom he will.

JOHN 10:30-33 I and {my} Father are one. (31) Then the Jews took up stones again to stone him. (32) Jesus answered them, Many good works have I shewed you from my Father; for which of those works do ye stone me? (33) The Jews answered him, saying, For a good work we stone thee not; but for blasphemy; and because that thou, being a man, makest thyself God.

JOHN 14:7-10 If ye had known me, ye should have known my Father also: and from henceforth ye know him, and have seen him. (8) Philip saith unto him, Lord, shew us the Father, and it sufficeth us. (9) Jesus saith unto him, have I been so long time with you, and yet hast thou not known me, Philip? he that hath seen me hath seen the Father; and how sayest thou {then}, Shew us the Father? (10) Believest thou not that I am in the Father, and the Father in me? the words that I speak unto you I speak not of myself: but the Father that dwelleth in me, he doeth the works.

JOHN 15:23 He that hateth me hateth my Father also.

JOHN 17:10-11 And all mine are thine, and thine are mine; and I am glorified in them. (11) And now I am no more in the world, but these are in the world, and I come to thee. Holy Father, keep through thine own name those whom thou hast given me, that they may be one, as we {are}.

Monogenes (“Only Begotten”) The phrase “only begotten (Son)” (also used in Jn 3:16,18 and 1 Jn 4:9) is the Greek monogenes, which means, according to any Greek lexicon, “unique, only member of a kind.” It does not mean “created,” as some (e.g., Jehovah’s Witnesses) falsely interpret it. Christ is the eternal Son of God, and as such, possesses every attribute of pure Godhood, just as a human son partakes fully of humanness.

ACTS 20:28 Take heed therefore unto yourselves, and to all the flock, over the which the Holy Ghost hath made you overseers, to feed the church of God, which he hath purchased with his own blood.

COLOSSIANS 1:16-17 For by him were all things created, that are in heaven, and that are in earth, visible and invisible, whether {they be} thrones, or dominions, or principalities, or powers: all things were created by him, and for him: (17) And he is before all things, and by him all things consist.

COLOSSIANS 2:9 For in him dwelleth all the fulness of the Godhead bodily.

I personally believe that God is three and God is one and we are to become gods.

The Bible teaches that God is absolutely transcendent. He is eternal; He is the Creator; He is omnipotent, omniscient, and omnipresent, and perfectly holy in and of Himself. None of these characteristics can ever apply to man. We are creatures, not eternal; we did not create the world, and lack all of the other characteristics above. We are fallen. We need a Savior. God doesn’t need a savior because He is perfectly holy.

God was not once one of us, as Mormons teach. We will not be “one of Him” either, because of the essential differences outlined above. Scores of biblical passages spell all these things out.

The exact manner of aligning those three Biblical truths is not specified in the Bible such that there is little room for differing opinions.

I profoundly disagree, and I have the biblical passages all laid out in my two papers detailing biblical proofs for the Holy Trinity and the Deity of Christ.

I build upon “God is love” into a Social Trinity model (like many Protestants and some Catholics). This seems to me to be the most straight forward way of interpreting the Bible. The only place that I am aware of that offers information on HOW God the Father and God the Son are ONE is when Christ prays for the Apostles to be one like He and His Father are one. Surely this will not be a oneness like Athanasius and Augustine meant when they said “homoousian.” It is also surely true that the Apostles were homoousian as Eusebius (the historian not the Nicene dissenter) and the majority of the Bishops at Nicea conceived of the term, even before Christ offered His prayer.

To me the Trinity when used as a stick to beat upon LDS is associated with a meaning of homoousian that Athanasius and Augustine shared. This meaning was generally rejected during the Sabellian heresy. It was not preserved in the Council of Chalcedon. And it was not held by the majority of Bishops as Nicea. But, such technical designations IMO are extra Biblical and clearly so. In fact the moderate party at Nicea said they wished to only use Biblical language, but this was rejected because it would not adequately protect against the Arian heresy.

So, my point is that I think you are quite incorrect when you suggest that there is some straightforward way of developing Nicene orthodoxy to the exclusion of many other Trinity constructions from the Bible alone.

I’ve provided plenty of Scripture already (both above and in the links I provided), and that is only the tip of the iceberg. You are welcome to provide Scripture for your beliefs, if you are convinced that multiple “trinitarian” viewpoints can be found in the Bible.

No doubt most Mormons are sincere, good, well-meaning people, with good morals and traditional values. But according to the definition of historic Christianity, they cannot possibly qualify as a species of it.

I think one of the clearest ways for a Catholic to decide who to apply the title “Christian” to is via the acceptance or rejection of the baptism of purported Christians. I am far more comfortable when a Catholic says that because of the way the magisterium has ruled on LDS baptism, I am not a Christian.

I have indeed used that argument, but also the one from Vatican II that presupposes belief in a Triune God, as part and parcel of being a Christian. And this precludes the radically unbiblical Mormon belief that God was once man, and man (men) will be God(s).

Correct baptism also presupposes a trinitarian formula, so the Trinity is key to the equation any way you look at it.

On the surface there are scriptural assertions that appear to contradict one another.

And “appear” is the key word.

I don’t see any, in the way that orthodox trinitarianism ties everything together.

Nicene orthodoxy is one method that has some points in its favor.

No other schema is coherent, by a long shot. It explains the Bible in a coherent, self-consistent manner and takes into account all of the biblical data, not just tiny portions of it: and those, misinterpreted.

What I did not see you respond to was my statement about –ousia. The Bible NEVER uses –ousia as it was used at Nicea. When the Bible claims that the Son and the Father are one, it never uses –ousia (or hints at –ousia) as the HOW of this oneness.

So what? How is that relevant to anything? Obviously, councils develop the original kernel of biblical revelation, and so different words are employed. Famously, the word “Trinity” is not in the Bible either. This is neither here nor there.

But you say they are apostate anyway, which is another huge issue.

Deification / theosis (which I am well familiar with; see a Catholic explanation of it) is not at all like the Mormon concept. it retains God’s transcendence (and for that matter, monotheism) in a way that Mormon theology does not. It means “unity” with God; not equation with God or gods. 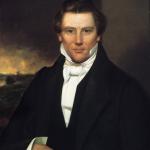 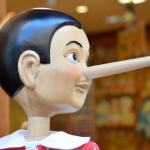 January 28, 2018 Eric Svendsen: Catholics Raise Mary to the Holy Trinity
Recent Comments
0 | Leave a Comment
"I agree. The human person, I believe as you do, is meant for a whole-person ..."
Love God :) Good Internet Discussion & Dialogue Are ..."
"I would say that it's because this is a passage having to do with divine ..."
Dave Armstrong Is God the Author of Evil? ..."
"If God respects human freewill, how could the metaphor of "hooks in your jaws" (Ezekiel ..."
barry Is God the Author of Evil? ..."
"I suppose that everyone, at every point on the spectrum, sees himself as standing for ..."
VicqRuiz Do Catholic Reactionary Sites Have Little ..."
Browse Our Archives
Follow Us!

Catholic
Did Jesus Minister Exclusively to Jews and not Gentiles?
Biblical Evidence for Catholicism