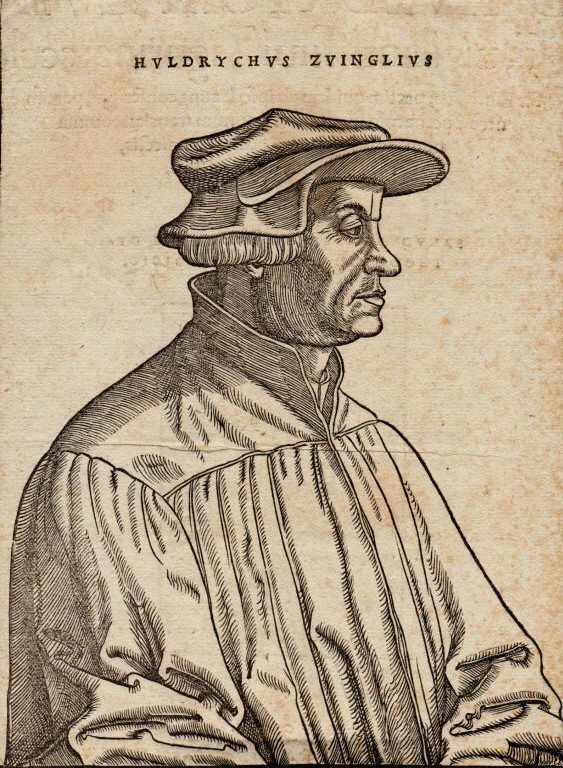 Some Christian “reformer.” This guy was an inveterate womanizer, too . . .

One never knows what heresy one will discover next, upon perusal of the history of the Protestant Revolt. I was simply reading a biography of Luther’s successor Philip Melanchthon today and discovered (quite by accident) that Huldrych [or, Ulrich] Zwingli (1484-1531), the Father of the Swiss “Reformation,” didn’t accept the orthodox Christian doctrine of original sin. The author was referring to Melanchthon’s discussions with Zwingli at the Colloquy of Marburg in 1529 (an ultimately failed inter-Protestant ecumenical gathering):

In a report for the Elector, Melanchthon said that he found Zwingli poorly informed as a theologian and in error on many points. Among other matters Melanchthon gathered that Zwingli believed a sin was committed only when one actually transgressed, and that he did not believe in original sin. (Melanchthon: The Quiet Reformer, Clyde Leonard Manschreck, New York: Abingdon Press, 1958, 170)

This is easy enough to substantiate from other sources:

Some features of Zwingli’s teaching that did not pass over into Calvinist orthodoxy are: . . . restriction of the effect of original sin to the corruption of nature, with guilt attaching only to actual sins; . . .

He does not accept an original guilt in infants of which baptism is the means or sign of remission. (Zwingli and Bullinger, selections, introductions and notes by G. W. Bromiley, Philadelphia: Westminster Press, 1953, Introduction to Zwingli’s Of Baptism, 126)

Original sin and guilt. Here Zwingli departed from the Augustinian and Catholic system, and prepared the way for Arminian and Socinian opinions. He was far from denying the terrible curse of the fall and the fact of original sin; but he regarded original sin as a calamity, a disease, a natural defect, which involves no personal guilt, and is not punishable until it reveals itself in actual transgression. It is, however, the fruitful germ of actual sin, as the inborn rapacity of the wolf will in due time prompt him to tear the sheep.

Footnote: “He describes original sin in Latin as defectus naturalis and conditio misera, in German as a Brest or Gebrechen, i.e. disease. He compares it to the misfortune of one born in slavery. He explains his view more fully in his tract, De peccato originali ad Urbanum Rhegium, 1526 (Opera, III. 627-645), and in his Confession to Charles V.” (History of the Christian Church, Volume VIII: Modern Christianity, “29. The Theology of Zwingli”)

Protestants in Reformation times generally admitted the existence of original sin. Zwingli was rather unique in calling it into question. He believed that Adam sinned, and that he transmitted to his progeny bodily death and the concupiscence which corrupts human nature. But he would not admit that because of Adam’s sin, his children inherited a sinful nature and therefore are born in sin properly and formally so called. At most Zwingli conceded that original sin in us is an inclination to evil. (“Adam Lost Original Justice by Sinning Gravely. Original Sin Therefore Exists in All Men as a True Sin, Proper to Each Person and Transmitted from Adam by Propagation”)

Whether we wish it or not, we are compelled to admit that original sin, as it is in the descendants of Adam, is not properly sin, as has already been explained, for it is not a transgression of the Law. It is therefore properly a disease and a condition. (Nazarene Manifesto, citing Orton Wiley, Christian Theology, II, 107) 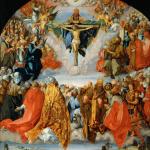 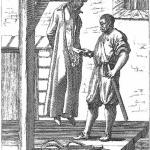 February 9, 2018 189 English Catholic Martyrs & Heroic Confessors: 1603-1729
Recent Comments
0 | Leave a Comment
"You are correct when you say the term "militia" means little. Again, the intent of ..."
Harvey James Johnson 2nd Amendment & Assault Weapons: a ..."
"It is depressing- reading all this deep divisions within the American Church- as a Catholic ..."
Prasanth Cowardly (?) Bishops, Pro-Abort Biden, & ..."
"The fact is that progressive Catholics are vocal in condemning the bishops even considering denying ..."
Paul Hoffer Cowardly (?) Bishops, Pro-Abort Biden, & ..."
"Excellent. Thanks!"
Dave Armstrong Pope Francis’ Satanic, Demonic, & Hellish ..."
Browse Our Archives
get the latest from
Biblical Evidence for Catholicism
Sign up for our newsletter
POPULAR AT PATHEOS Catholic
1