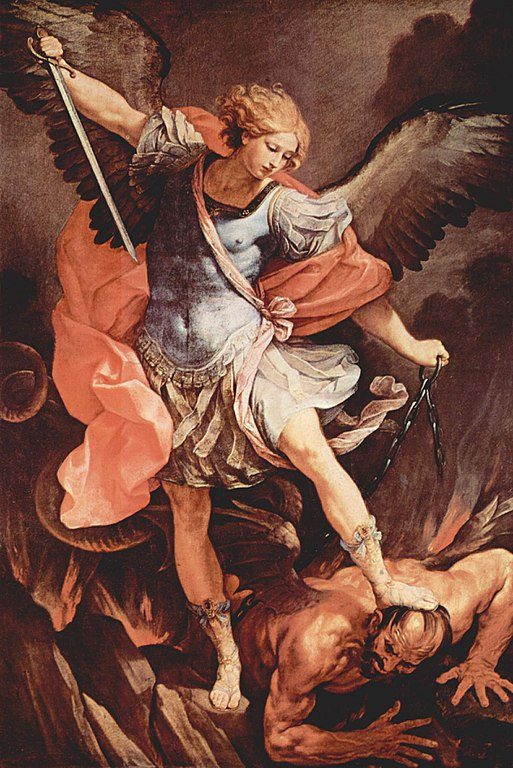 Veneration of an angel occurs in this passage: if it is Michael, as Augustine & Jerome thought.

Joshua 5:13-15 (RSV) When Joshua was by Jericho, he lifted up his eyes and looked, and behold, a man stood before him with his drawn sword in his hand; and Joshua went to him and said to him, “Are you for us, or for our adversaries?” [14] And he said, “No; but as commander of the army of the LORD I have now come.” And Joshua fell on his face to the earth, and worshiped [shachah], and said to him, “What does my lord bid his servant?” [15] And the commander of the LORD’s army said to Joshua, “Put off your shoes from your feet; for the place where you stand is holy.” And Joshua did so.

I bet no one can remember ever hearing about this passage in a Protestant sermon!

Bernard Orchard’s 1953 Catholic Commentary says it may be an angel (possibly Michael) or God Himself, but leans toward the latter. Keil & Delitzsch think it is the Angel of the Lord, which means basically identical to God.

But even if we conclude that it is God here (and it may be), we have the following:

That’s veneration of a man, any way you look at it. The same Hebrew word is used in both instances.

The text twice identifies the figure as “the captain of the Lord’s host”, not the Lord Himself. The title itself seems strong evidence that someone other than the Lord is indicated.”

Ver. 14. Prince of the host of the Lord, &c. St. Michael, who is called prince of the people of Israel, Daniel x. 21. (Challoner) — Some of the Fathers explain it of the son of God. (Origen, hom. 6.) But St. Augustine, City of God xi. 13., St. Jerome in Galatians iii., and interpreters in general agree, that the person who here appeared to Josue, was the archangel Michael. He came, in the name of God, to assure Josue of success, as the angel had appeared to Moses in the burning bush, as if to denote the distress of the Hebrews, and to encourage Moses to undertake their liberation. (Calmet) — Chaldean, “I am the angel sent by God.” In that character he is called the Lord. (Haydock)

Ver. 15. Worshipping. Not with divine honour, but with a religious veneration of an inferior kind, suitable to the dignity of his person. (Challoner) — He styles the angel Adonai, which is a title frequently given to men; and hence he does not seem to have designed to give him supreme worship. (Calmet) — If he did, (Haydock) it was referred to God. (Calmet) (Exodus xx.)

From the Catholic Answers forum:

A: The passage states that a man appeared and does not say an angel.

A: This with the fact that an angel would have not permitted Joshua to worship, I would say this is Jesus

B: The fact that Joshua worshiped this individual is not as clear an indication as you propose. The Hebrew word shachah, which is translated here as worship, is sometimes in Scripture translated as obeisance, the type of reverence a man might justly give to a man who is his superior or that a man might justly give to an angel. This is the type of reverence that Joseph’s brothers offered him (Genesis 43:28), that Moses offered his father-in-law (Exodus 18:7), and that his mother offered King Solomon (1 Kings 1:16), etc.

The man who appeared to Joshua may indeed be the Son of God but the text is ambiguous enough so that it cannot be completely ruled out that he was instead an angel.

Catholics would say, of course, that this is veneration of an angel: if it is Michael here, as Augustine and Jerome thought. Hence, the title of my post. That is distinct from adoration of God. But this may also be the Angel of the Lord. It doesn’t seem to be possible to be certain which is the case, with this particular text.

[see also, the extensive discussion in the original Facebook posting] 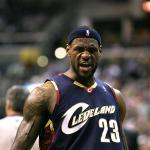 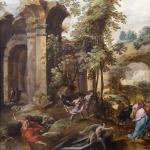