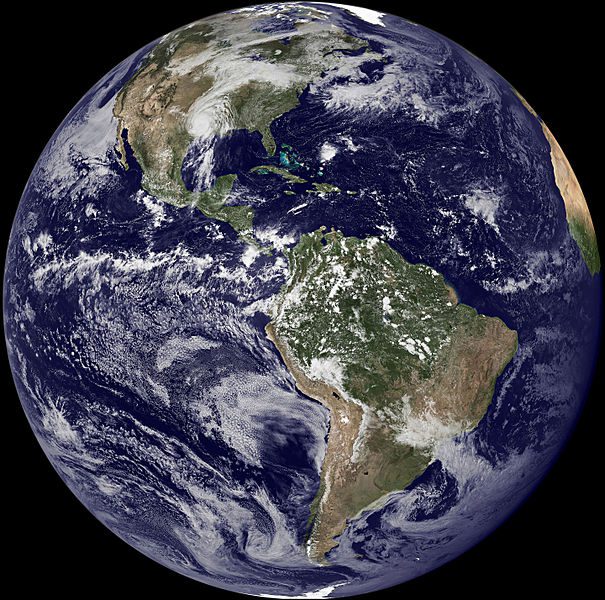 The following is a preliminary dialogue with Matthew Green: a 28-year-old atheist and former Protestant Christian who dabbled in apologetics and considered the ministry (his words will be in blue). I ran across him at the blog, Debunking Christianity, where I have been hanging around a bit, in-between trying to develop a stable additional part-time income. I have desired to do some more “counter-atheist apologetics” for some time now (having done quite a bit in the past, both as a Protestant and Catholic apologist). Matthew wrote an overview, “My Case Against Christianity”: wherein he gave the following reason as one of his several, for abandoning Christianity:

I believe that the Bible teaches a flat-earth, geocentric cosmology and that this has been invalidated by modern cosmology. In fact, I believe that a chief reason that Christianity survives today is because of Galileo. It was Galileo, I believe, who suggested that the Bible be understood as having a “language of appearance”. I believe that Martin Luther was justified in condemning heliocentricism on biblical grounds.

On what Bible passages do you base this view? A flat earth and geocentrism have been overthrown, but not the Bible, because it never intended to teach scientific cosmology to begin with. It is a pre-scientific worldview. The ancient Hebrews were not renowned for science, last time I checked. That was the Greeks.

So you say Christianity survived because Galileo said this? He spoke the truth. So which is it:

1) Christianity survived because Galileo lied and the Bible didn’t really communicate in phenomenological terms, but it should have, and Christianity has survived all the way to modern times with a ridiculous document (making all of us Christians in effect, fools, who accept it as inspired).

2) Christianity survived because Galileo told the truth about the Bible’s cosmological outlook (or lack thereof), which would put the lie to your own claim.

I want to see the passages you set forth to support this, and (most importantly) on what hermeneutical and exegetical basis you interpret them as you do. Certainly you must have such a rationale worked out, since you use this aspect as a key reason for your rejection of the Bible and Christianity.

In any event, Galileo was certainly not the first to discover that the Bible speaks phenomenologically. I’m sure one could find similar sentiments in St. Augustine, etc.

Nor was Galileo (a faithful Catholic) the perfectly scientific rational machine that he is made out to be by critics of Christianity today. I did some research on him recently. He held that the entire universe revolved around the sun in circular (not elliptical) orbits, and that tides were caused by the rotation of the earth.

And he was quite dogmatic about his theory, whereas St. Robert Bellarmine, who was directly involved in the controversy, made it clear that heliocentrism was not irreversibly condemned, and also that a not-yet proven theory was not an unassailable fact. Philosopher of science Thomas Kuhn noted that Bellarmine had the superior view of how scientific hypotheses worked. In his book, The Copernican Revolution, after commenting on some folks who refused to look through Galileo’s telescope, Kuhn wrote:

Most of Galileo’s opponents behaved more rationally. Like Bellarmine, they agreed that the phenomena were in the sky but denied that they proved Galileo’s contentions. In this, of course, they were quite right. Though the telescope argued much, it proved nothing.(New York: Random House / Vintage Books, 1957, p. 226)

Galileo’s biographer Giorgio de Santillana stated that “It has been known for a long time that a major part of the church intellectuals were on the side of Galileo, while the clearest opposition to him came from secular ideas” (The Crime of Galileo, University of Chicago Press, 1955, xii-xiii). Truth is always stranger and more interesting than fiction, ain’t it?

I have glanced at your response on here. I do fully intend to give a greater response in the near future, possibly tonight or tomorrow. I wanted to point out that I first intend to go through each of these arguments and make them into an article series. Thus, for instance, my argument that the Bible is externally errant because it conflicts with an old earth and distant starlight is the subject of an article series on the topic that I wish to pursue in greater detail.

My first planned article series is on internal errancy. If you would like to discuss biblical cosmology and science in greater detail, I can reorder my original list and that this can be the first topic of discussion we can engage in and hence the first for my article series if you wish.

I don’t necessarily want to get into a huge debate on cosmology. I’m pretty busy with other things at the moment. I just wanted to see what you based your assertions on (the particular ones I mentioned).

Oh, I understand. I am in a similar boat as I am still an undergraduate as of this time and I trying to avoid lengthy debates as of now. I will be happy to provide references.

One thing at a time. If you can’t defend your relatively minor assertions, then chances are you won’t be able to defend your grand themes and rationales for rejecting the Bible and Christianity, because those are only as good as the weakest links that make them up.

I want to insert a word of caution here: my “case” against Christianity is only as good as my sources of study and my thinking thus far. I don’t pretend that my reasons are insurmountable or that they can withstand scrutiny. I don’t even know if all my arguments are indeed sound. That’s why I kept qualifying my remarks as “I believe . . .” not that it necessarily means that I know for a fact. I may be quite wrong on many of these points.

A healthy dose of intellectual humility . . . would that many of my Christian brothers and sisters could be so blessed . . .

The key, in my opinion, to biblical cosmology is phenomenological language and the pre-scientific poetic nature of Hebrew literature. If one doesn’t understand that (at least in its general outlines), then they have no hope of getting biblical cosmology (to the extent that it can be said to exist at all as a distinct “field”) right.

I agree with you about the poetic nature of Hebrew literature but I think that you would agree with me that we must also be careful of genre criticism of the Hebrew Bible as well. There are some passages which are meant to be understood as historical narration, even if the language and the idioms are poetic in themselves.

Exactly, just as in any other literature. It’s when double standards are brought to biblical interpretation, slanted towards the skeptical end, while neglecting sound hermeneutical principles, that trouble arises and error carries the day.

By the way- I am not denying any “phenomenological language” exists in Hebrew literature. I am wary of people who attempt to apply such language to the Bible as an apologetic device.

It should be applied when the text warrants it. If that is what you mean, I wholeheartedly agree.

If the genre and context demand phenomenological interpretations, that’s fine as long as clear textual indicators are given.

Yes; precisely. But of course, the meanings of words and the latitude that they may have in Hebrew (or Greek in the NT) also are important factors.

I just don’t like it when some Christians treat all texts as “phenomeological” just because they wish to avoid a potential conflict between scientific findings.

That’s just playing games and special pleading. I’m talking about serious, educated, informed biblical interpretation. But don’t underestimate the power of predispositions. We all have them, whatever we believe. I freely admit that my Christian bias will predispose me to arrive at “Christian” conclusions about the Bible. But your atheist biases and general goals in debate with Christians lead you to be predisposed to accept any skeptical interpretation of the Bible that is handy. I’ve seen it 100 times, and I’ve seen biblical interpretation from atheists and agnostics silly and foolish enough to make the most wooden literalist fundamentalist grimace with disdain over the sheer ignorance. See my paper: Atheist Bible “Scholarship” & “Exegesis”.

To me – that’s just dishonest methodology – especially if the genre and context are not demanding of it and the text gives no indication that such is the case.

If indeed that is true in a particular instance, you are right. My point is that one need not do this sort of special pleading. The skeptical / liberal / atheist counter-explanations are so atrocious and biased, due to a prior extremely critical eye towards the Bible, that they are usually easy to refute, just from common sense and the application of basic logic, even before one gets to serious biblical scholarship.

These are very deep waters (no pun intended). If you haven’t studied much about biblical literature in all its types, I suggest (in all sincerity, and trying to be helpful) that you avoid making grandiose statements. They may come back to haunt you.

I heed your suggestion. In fact, my argument is dependent solely on the works of biblical scholar(s) who argue that the Bible does indeed endorse this kind of cosmology.

Mostly liberal, no doubt. One of the oldest tricks in the book is to utilize biblical scholars who no longer believe much of what is in the Bible, to bolster up skepticism. This is done by cults like Jehovah’s Witnesses, Muslims, and atheists alike, and also by anti-Catholic Protestants, who cite liberal Catholics in order to “refute” orthodox Catholicism.

But this methodology is as silly as a Christian citing other Christians (rather than atheists) to give an accurate account of the best in atheist thought on any given topic. One must cite the best advocates of the opposing view, not the worst proponents, or those who are barely “proponents” at all.

I would never try to play expert like myself in an area like this without the necessary credentials and study.

Good for you. But if you use liberal sources, then I am just as entitled to suspect a severe anti-biblical bias, as you are to suspect a strong pro-biblical bias when I cite folks who are Christians and accept in faith and with reason the inspired status of the Bible, as God’s revelation to man. Bias works both ways. I freely admit mine; I expect my dialogical opponents to do the same and not to play the game that only one side is ever biased or ignorant or guilty of lousy logic or otherwise bad thinking.

Here are some helpful sources on the topic of biblical cosmology (I don’t necessarily agree with everything in every article):

Does the Bible Teach that the Earth is Flat? (J. P. Holding) 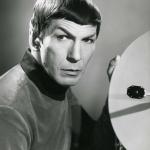 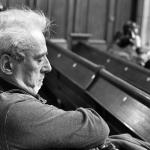