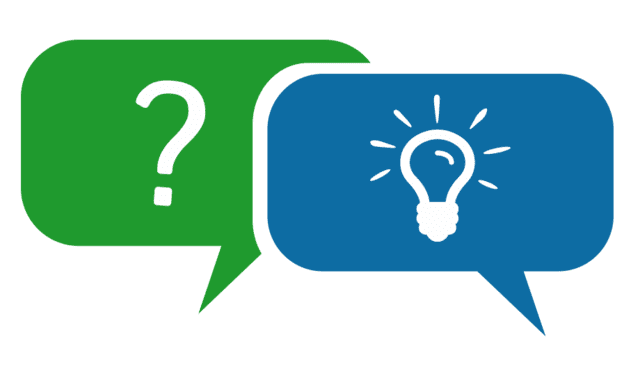 [the following is a fictional dialogue, but carefully based on existing widespread opinions about the pope. The lifelong Catholic’s words will be in blue. The Protestant (ecumenical and highly educated) is seriously considering becoming a Catholic, after about six months of intensely studying the Catholic faith and Church history. The two men meet over donuts and coffee after Mass and strike up a conversation]

Hi. Are you new here?

Yes! I’ve been coming to Mass for about 6-7 weeks now.

You’re not a Catholic? Or are you just new to the area?

I’m an evangelical Protestant who has a lot of respect for the Catholic Church. I’m considering its truth claims and a possible conversion down the road.

That’s wonderful! Welcome to our parish!

If you don’t mind me asking: what is it that led you to consider becoming Catholic?

I don’t mind at all. The issue of authority is the main issue for me. Our principles of sola Scriptura and acceptance of rampant denominationalism in Protestantism (which I no longer find to be very biblical: all the sectarianism and in-fighting) have not exactly brought about much unity and doctrinal clarity. So I have thought a lot about these issues and related ones.

Those things are indeed troubling. We have our own share of problems, too, with bad bishops and theological liberalism and modernism that can creep into our teachings. And of course you have heard about the sex scandals . . .

Any Christian group can have bad apples, and we’re all sinners, right? Original sin . . . Sexual sin is by no means confined to Catholics (or, for that matter, to men who take vows of celibacy).

But what impresses me so much about the Catholic Church is the way it has of resolving conflicts once and for all: sort of like “the buck stops here.”

We do have sacred tradition and the Catechism and ecumenical councils.

And you have the pope! The chair of Peter: passed down through succession. I’ve been studying about it and it’s incredible to me.

Well, yes, we do have a pope, too [he says reluctantly, with a half-grimace].

I’m not convinced yet, but the notion of the infallible pope, protected by the Holy Spirit from error, is intriguing and very appealing to me, and I’m close to accepting it as both biblical and verified by Church history. But I won’t accept it unless and until I am persuaded that it is true and God’s intention for His Church.

That’s good. Perhaps you should study other things, too. You don’t want to concentrate too much on the papacy.

Why?! It’s one of the most striking and appealing factors about the Catholic Church.

Well [pausing and wondering how to express himself in the right way] . . . it’s not the papacy itself that is the problem, but the current occupant of the office.

What?! I’m very surprised to hear that. Pope Francis is well-loved. All my friends have a lot of respect for him. What is it that you object to about him?

Well, to cut to the quick (I don’t have a lot of time), he is teaching falsehood: the idea that cohabiting couples having sexual relations outside of marriage are welcome to Holy Communion.

[shocked and wide-eyed] But you believe popes are infallible, right?

And that they couldn’t lead the flock astray. As I have learned, the Catholic Church believes itself to be inde . . . what is the word?

Yes, that’s it. I also understand that Catholics believe the pope couldn’t positively teach error that would bind Catholics to believe: that the Holy Spirit would prevent that.

“Hope”? That is the teaching, isn’t it? I’m confused . . .  Why would you be worried about him teaching error?

One must distinguish between things he says that aren’t infallible, and things that are.

Okay; I’ve read about that. So you are concerned about things he has said in plane interviews and some such (off-the-cuff stuff), but not in official documents?

Not just that . . . he has taught error in one of his encyclicals, called Amoris Laetitia.

I don’t see how you could think that. Wouldn’t it be contrary to indefectibility? What did he say? Where is it in the document?

I can’t give you a quote. I think it’s in a footnote somewhere. But it is destroying the traditional teaching on who can receive Holy Communion and on the indissolubility of marriage.

If you are convinced of such a serious matter taking place, wouldn’t it be of the first importance to have a direct quote from the pope, and to show how it is heretical or erroneous (whatever the proper term is)?

I suppose. But so many people are saying this. I didn’t think it was necessary to look it up.

Numbers of people believing in something doesn’t make it true. That’s called the ad populum fallacy (I took logic in college). Believe me, we know the inadequacy of counting heads (especially theologians’ heads) in Protestantism. We do that all the time. I don’t see how such a strong claim can be made against the pope without absolutely rock-solid, undeniable evidence. Have you even read defenses of the pope against such extraordinary charges. Surely they exist.

No. I couldn’t find any.

[shocked again] They must be out there somewhere, and it’s so easy to search with Google. I’ve always sought to read both sides of a dispute. You never get the whole truth reading only one side. But how ironic, now that I come to think of it. I am defending the pope and you are accusing him of heresy!

I didn’t say “heresy.” I used the words “error” and “falsehood.”

But wouldn’t it amount to the same thing?

The problem is that we can’t figure out what Pope Francis believes because he contradicts himself. He seems to talk out of both sides of his mouth. He’s being deliberately ambiguous.

How would you prove such a charge? I’ve heard certain Catholics make the claim about Vatican II as well. That amounts to saying that he is lying through his teeth, and is a deliberate deceiver, and would be logically absurd any way you look at it, because if the pope teaches something orthodox, then the critics simply say he is deceiving and not giving his true opinions.  Therefore, he can never prove that he is orthodox, because it is discounted from the outset. No evidence or proof can ever be sufficient. The outcome of the “investigation” is determined before it begins. That’s what we call circular reasoning, and it’s a form of the fallacy of “poisoning the well” too.

It’s not irrational. A long, sad accumulation of evidences for over four years has led many of us to this sad conclusion.

Wasn’t Jesus constantly falsely accused, too? They said He had a demon and so forth . . .

So how do you know that the pope is not also being falsely accused? Jesus said we’d all be hated for His name’s sake. The devil’s big success is to divide and conquer. We’re in an age of polarization. People don’t talk to each other when they disagree. Wouldn’t it be possible to simply “tune in” to all the charges and perhaps some gossip and innuendo, and if one never heard anything else (like watching TV talk shows that only have one political point of view), to simply uncritically accept everything one hears?

It sounds like this is going on in the Catholic Church. But it would amount to mere propaganda, right?

No! The evidence is too strong, and too varied.

But you yourself said that you couldn’t even give me a single quotation from this document that proves that he is teaching falsehood.

Don’t the theological liberals (or dissidents) try to change and redefine doctrines all the time: things always held that they no longer believe? We know about that in Protestantism, too!

And so you have decided that Pope Francis is such a liberal?

But not based on anything he has actually taught? How is that not merely a subjective argument from silence: not to mention a form of conspiratorialism?

It’s not just laypeople like me and Raymond Arroyo. Four bishops protested and asked him questions that he hasn’t answered.

How many bishops are there altogether?

3,000, and only four have questioned the pope directly? That’s a miniscule number . . . why would that impress you? If things were so dire, wouldn’t the bishops speak up en masse?

Again, I’m struck by the irony. I’m the Protestant, who is looking and longing for strong authority. You have that in the Catholic Church, yet you say that so many people are questioning Pope Francis’ authority, and some believe he is even a heretic: and has asserted non-traditional falsehood in one of his official documents: which is close — at least in spirit — to defectibility (if not technically so)!

From this (your) perspective, why would you say I should become a Catholic? It seems to me that if I were in your shoes, I’d be even more confused and unsure than I am now!

I shouldn’t?! But at the beginning of our conversation you thought it was “wonderful” that I was considering conversion to the Catholic faith. I’m beginning to believe more and more that the Catholic Church is the fullness of the faith, and you seem to believe that less and less. But if you can’t even trust the pope, then it seems to me that you need to seriously ponder the implications of your opinions.

Maybe so. I don’t feel very joyous or at peace as a Catholic.

You should! You have such treasures in the Catholic Church (like the pearl of great price). You don’t know how blessed you are. In fact, in dialoguing with you, I have virtually convinced myself that I need to become a Catholic. I shall talk to Father about it at the earliest opportunity.

[increasingly agitated and animated] And maybe I should become a Protestant or “do a Rod Dreher” and become Orthodox. That way I won’t have to deal with this pope whom I despise, and all the nonsense going on now. I’m sick and tired of it. When all else fails: there is always Anglicanism.

[the Protestant stares at him for a very long moment with a look and thoughts of equal parts befuddlement and compassionate pity. He realizes he is late meeting someone and must leave, and walks off dazed and utterly astonished at what he has heard. Yet, oddly enough, he is more convinced than ever that the Catholic Church is the fullness of faith, and that God is leading Him to it. He knows enough to know (having read Galatians and 1 and 2 Corinthians) that individual Catholics and their level of faith and consistency (or lack thereof) do not determine the truth or falsity of ecclesiological claims.] 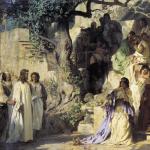 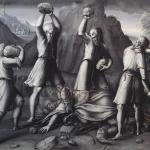 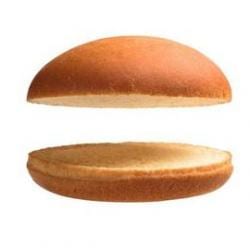 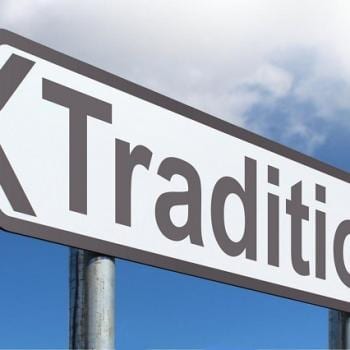 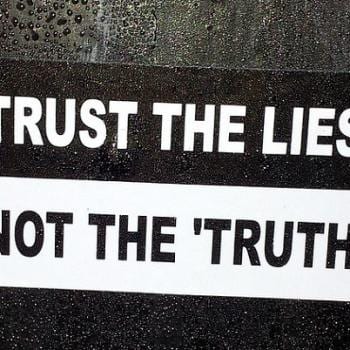