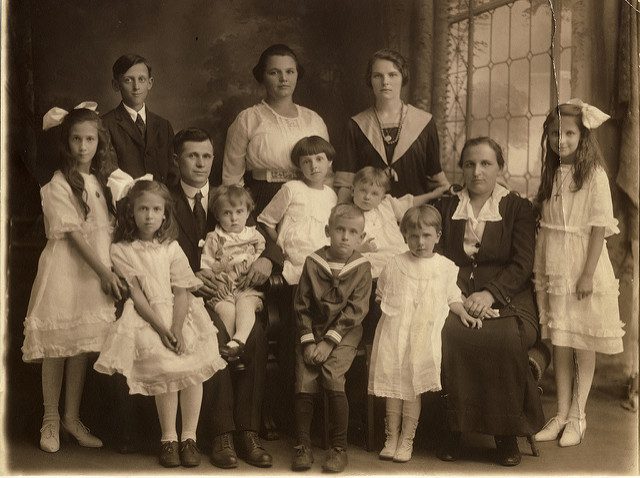 This more absolute position against contraception and in favor of large families (known as “Quiverfull”) is one that Protestant friends of ours who have lots of kids have called “divine family planning.”

In this thinking, married couples simply have sex, with no need to plan at all. They don’t even need to think about it. They simply “let nature take its course” (which entails God’s Providence in the end, in this matter, as is everything else in some sense). Whatever will be will be. The woman is either fertile or not. If not, there is no sin because there was no deliberate intent to avoid children. If so, then whether a conception occurs is left in the hands of God. Nothing is planned; the couple is simply completely open to procreation, and not trying to avoid it. It’s a form of fatalism.

I think the crux of the matter is the nature of sufficient cause to avoid further children, and the limitations on the command to “be fruitful and multiply.” I don’t think it is a sin to intelligently, thoughtfully plan, in the matter of children. That is a matter of stewardship, just as in any related matter of care of that which God has entrusted to us. We are stewards of our children, as well as of our gifts and abilities and money and possessions and responsibilities, or our time. Hence, Blessed Pope Paul VI wrote in Humanae Vitae (16):

. . . the Church is the first to praise and recommend the intervention of intelligence in a function which so closely associates the rational creature with his Creator; but she affirms that this must be done with respect for the order established by God.

Paul VI goes on, in this passage, to explain the Catholic rationale for such Catholic planning and NFP:

If, then, there are serious motives to space out births, which derive from the physical or psychological conditions of husband and wife, or from external conditions, the Church teaches that it is then licit to take into account the natural rhythms immanent in the generative functions, for the use of marriage in the infecund periods only, and in this way to regulate birth without offending the moral principles which have been recalled earlier [20].

The Church is coherent with herself when she considers recourse to the infecund periods to be licit, while at the same time condemning, as being always illicit, the use of means directly contrary to fecundation, even if such use is inspired by reasons which may appear honest and serious. In reality, there are essential differences between the two cases; in the former, the married couple make legitimate use of a natural disposition; in the latter, they impede the development of natural processes. It is true that, in the one and the other case, the married couple are concordant in the positive will of avoiding children for plausible reasons, seeking the certainty that offspring will not arrive; but it is also true that only in the former case are they able to renounce the use of marriage in the fecund periods when, for just motives, procreation is not desirable, while making use of it i during infecund periods to manifest their affection and to safeguard their mutual fidelity. By so doing, they give proof of a truly and integrally honest love.

I think a related factor is the matter of heroic virtue. No woman is required to go to extraordinary lengths to have children, simply because she and her husband are commanded to multiply. There comes a point where it becomes “excessive” to some extent (in some cases, even to the point of morbidity). For example, if a woman has good medical reason to believe that she has, say, a 90% chance to miscarry (perhaps if she has had five in a row and has very weak ovaries and/or uterus), should she try to become pregnant, anyway? I say no, and I think it is very clearly no. It is a reasonable and moral determination to make, that the risks are too great. We make such choices all the time in life.

It is not “anti-child” at all to come to such a conclusion. It is pro-woman. It is pro-reasonable expectation of failure and success. The same God Who allows new life to be conceived and Who gives us the privilege of taking part in this sublime miracle, has chosen to allow some women to have miscarriages and to suffer, or, for that matter, to be infertile. Those things have to be accepted, too, as part of God’s will.

No one is forced in Christianity to undergo extraordinary, heroic suffering. A person may choose to do so, but it is not required. The woman in the hypothetical scenario above could choose to try to get pregnant again (she has a free will, and nothing restrains her from doing so, in terms of law or moral teaching), but no one should say she is required to, under pain of mortal sin. The Catholic Church does not requires such a thing at all, nor does it seem at all clear to me that the Bible does (when the relevant passages are properly scrutinized). Therefore, it is not wrong or immoral to avoid needless or extraordinary suffering, based on good reason to believe it will very likely occur. It is merely not heroic.

I’m now reading the interesting “Quiverfull” entry in Wikipedia. The error regarding human planning somehow being contrary to God’s will is a typically Calvinist motif, leading to a certain “fatalism” which is contrary to Scripture. The biblical view of human cooperation with God is not “monergistic,” as Calvinists call it, but synergistic. Here are a few scriptures that, in my opinion, clearly establish the latter:

1 Corinthians 3:9 For we are God’s fellow workers; you are God’s field, God’s building.

KJV: For we are labourers together with God . . .

Amplified: For we are fellow workmen — joint promoters, laborers together — with and for God . . .

Baptist Greek scholar A. T. Robertson, in his Word Pictures in the New Testament, writes at 1 Corinthians 3:9:

‘It is of God that ye are the fellow workers.’

I rest my case. 1 Corinthians 3:9 thus clearly teaches direct cooperation of the believer with God. This would include, it seems apparent, such notions as “planning” and making intelligent choices, including the matter of children. And there are other such verses, too:

Philippians 2:12b-13 . . . work out your own salvation with fear and trembling; for God is at work in you, both to will and to work for his good pleasure.

Mark 16:20 [a disputed text, but still shows how the early Christians thought] And they went forth and preached everywhere, while the Lord worked with them and confirmed the message by the signs that attended it. Amen.

Furthermore, recently I replied to the similar notion that we have the Holy Spirit guiding us, and thus need no human teachers. I produced several passages showing that God uses human instruments to do His will (which is analogous to our planning while working together with God in the matter of conception):

Acts 15:25, 28-29 (RSV) it has seemed good to us, having come to one accord, to choose men and send them to you with our beloved Barnabas and Paul, . . . For it has seemed good to the Holy Spirit and to us to lay upon you no greater burden than these necessary things: that you abstain from what has been sacrificed to idols and from blood and from what is strangled and from unchastity. If you keep yourselves from these, you will do well. Farewell.”

Acts 20:28 Take heed to yourselves and to all the flock, in which the Holy Spirit has made you overseers, to care for the church of God which he obtained with the blood of his own Son.

Acts 13:1-4 Now in the church at Antioch there were prophets and teachers, Barnabas, Simeon who was called Niger, Lucius of Cyre’ne, Man’a-en a member of the court of Herod the tetrarch, and Saul. While they were worshiping the Lord and fasting, the Holy Spirit said, “Set apart for me Barnabas and Saul for the work to which I have called them.” Then after fasting and praying they laid their hands on them and sent them off. So, being sent out by the Holy Spirit, they went down to Seleu’cia; and from there they sailed to Cyprus.

Back to the Wikipedia article. Protestant pastor John Piper is cited, making a criticism. I agree with him:

just because something is a gift from the Lord does not mean that it is wrong to be a steward of when or whether you will come into possession of it. It is wrong to reason that since A is good and a gift from the Lord, then we must pursue as much of A as possible. God has made this a world in which tradeoffs have to be made and we cannot do everything to the fullest extent. For kingdom purposes, it might be wise not to get married. And for kingdom purposes, it might be wise to regulate the size of one’s family and to regulate when the new additions to the family will likely arrive. As Wayne Grudem has said, “it is okay to place less emphasis on some good activities in order to focus on other good activities.

Now, Piper, in the article from which this is cited, espouses contraception and sees no difference between that and NFP, so he doesn’t understand the historic Christian objection to contraception (Luther and Calvin thought it was murder); doesn’t even seem to have a clue. But in the above sentiment, he is essentially correct. The article also accurately describes the Catholic position:

The Catholic teaching therefore is that, while humankind have been commanded by God in Genesis to increase and multiply (Gen 2:18), parents also have a responsibility to their families and to society to ensure that the children they have, can be appropriately cared for. In addition, the health of the mother is a concern; having pregnancy after pregnancy with no recuperative time does not fall under responsible parenthood.

I have, I think, cast considerable doubt on one key premise of the “Quiverfull” philosophy: a skewed notion of how God’s Providence relates to human free will and cooperation. We see, accordingly, that several adherents of this view (listed in the article) are either Calvinists or Baptists, who have a similar “monergistic” philosophy:

I would argue, however, to be fair, that Piper is also a Calvinist, and he has a more nuanced view of our stewardship of God’s good gifts. But then he thinks contraception is fine and dandy, too, so the reasoning in each case has to be considered individually. I’m merely highlighting some premises that contribute to a particular view of Divine Providence and how it relates to our lives in the matter of bearing children. 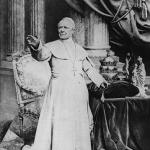 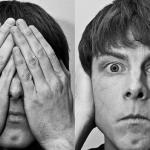 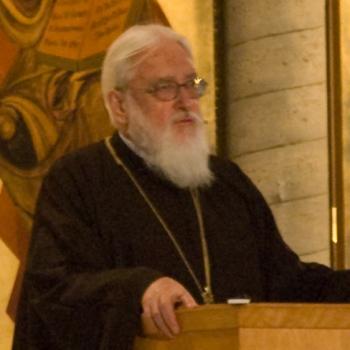