Jimi Hendrix Taught Us About a Colorblind Society 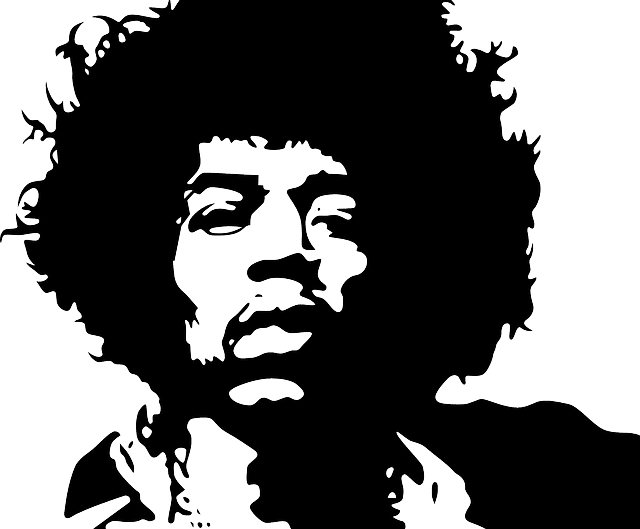 I watched a great documentary about Jimi Hendrix (the greatest rock guitarist ever) last night, called Voodoo Child. It was taken solely from his own words. He noted that his musical influences were not only the great black musicians like Muddy Waters, Jimmy Reed, and Chuck Berry, but also white musicians like Buddy Holly, Eddie Cochran, Elvis, and Bob Dylan (whom he idolized) and he said (close paraphrase): “I don’t see color; I see people.”

Indeed, it was white English rock musician Chas Chandler of The Animals who first spotted Hendrix’s unique, singular talent, and took him to England, where he wowed the “royalty” of the rock world at that time: the Beatles, Stones, Eric Clapton and Cream, and Pete Townshend of The Who. In the previous several years, Hendrix had languished as an obscure backup guitarist in the rhythm and blues so-called “chitlin circuit”: backing musicians like Little Richard and the Isley Brothers.

It was the lily white English music crowd in September 1966 and in America, the Monterey festival in June 1967 that ushered in Jimi Hendrix as the “great guitar god” that he was. They regarded him as a fantastic guitarist, period; not as [i.e., first and foremost] a “black guitarist.”

Likewise, a few years later, separatist black power groups were urging him to ditch the two white English musicians who made up the Jimi Hendrix Experience and form an all-black band. For a time, he did that, with old army buddy Billy Cox on bass (whom I recently had the pleasure to meet at a Hendrix tribute concert in Detroit) and strictly average drummer Buddy Miles.

But Hendrix went back to drummer Mitch Mitchell, because he didn’t view Mitchell as a white drummer, but rather, as a “great drummer” (period). He couldn’t care less if he was white, black, or purple with orange stripes.

How we need to learn this today! It was Rev. Dr. Martin Luther King who talked about an integrated society as the ideal. At the great rally at the Lincoln Memorial in 1963 he spoke the memorable words: “I have a dream that my four little children will one day live in a nation where they will not be judged by the color of their skin but by the content of their character.”

But 17 years later, later, when President Reagan talked about a “colorblind society”, he was mocked. Now, it seems, almost 50 years after Dr. King’s tragic assassination, so many people can’t see past people’s color, or for that matter, their political or religious affiliations, and insist on dividing people, and exploiting any differences to the max, rather than approaching all people as equals, with equal dignity and importance.

One can’t even refer in political / sociological / demographic terms to the “white working class / blue collar workers” of the Rust Belt and West Virginia without being accused of racism and white supremacist views. Yet these white people of a particular social and ethnic class are just as entitled to government representation as anyone else.

Liberals / Democrats keep dividing people up into groups with their identity politics game, and can’t see past that. They tend to be prejudiced against white people, while at least the fringes of the Republican Party tend to be racist against black and brown people. There are more than enough faults to go around. Last I checked, Catholic theology held that we are all fallen sinners.

Jimi Hendrix had gone beyond this stifling, stupid, tunnel vision “us vs. them” mentality 50 years ago, in the music world, and he was assuredly no political or social conservative, and he had certainly suffered much personal racism himself, as all black people had, then, and (to a lesser extent but still far too often) now. I think he has a lot to teach us, not only musically, but also, about race relations, and viewing people as people, not merely as this color or that.

That’s not to deny at all that his music was steeped mostly in glorious black musical traditions: above all the blues (which is most of the reason why I love it so much!), or that he was a proud African-American man (which he certainly was). Like Dr. King, he didn’t have to deny his own “blackness” in order to have a colorblind view: because the latter has to do with approaching other people in the world as equals under God, not with denying anything good and unique in one’s own particular ethnic heritage. 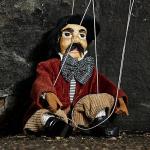 March 24, 2018 Protestant Takes Solace in Douthat's Pope-Bashing Book
Recent Comments
0 | Leave a Comment
"I agree. The human person, I believe as you do, is meant for a whole-person ..."
Love God :) Good Internet Discussion & Dialogue Are ..."
"I would say that it's because this is a passage having to do with divine ..."
Dave Armstrong Is God the Author of Evil? ..."
"If God respects human freewill, how could the metaphor of "hooks in your jaws" (Ezekiel ..."
barry Is God the Author of Evil? ..."
"I suppose that everyone, at every point on the spectrum, sees himself as standing for ..."
VicqRuiz Do Catholic Reactionary Sites Have Little ..."
Browse Our Archives
Follow Us!