Negative Reactionary Views of Popes Since 1958 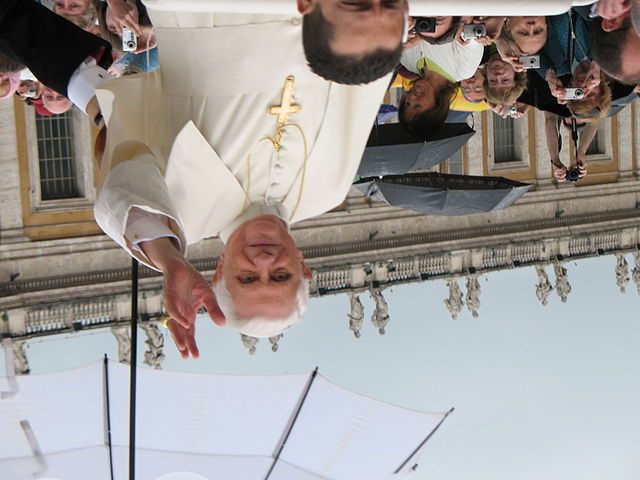 1. Pope St. John XXIII (1958-1963): despised, because he began Vatican II, which they despise as anti-traditional and “neo-Catholic.” And he talked about ecumenism; said nice stuff about Protestants . . .
2. Blessed [soon to be canonized] Pope Paul VI (1963-1978): despised because he presided over the ending of Vatican II, which they despise, and because he didn’t (with the possible fleeting exception of Humanae Vitae) sufficiently clarify Catholic doctrine over against the liberals who were wreaking havoc and distorting Vatican II, or discipline them enough (sound familiar?). And (above all), his name is mud because he reformed the Mass.
3. Pope St. John Paul II (1978-2005): despised because he was a man of Vatican II (i.e., to them, a “neo-Catholic”), and because he instituted the Assisi ecumenical councils (since they despise ecumenism and pretend that it is always indifferentism), kissed the Koran, didn’t discipline the liberals enough, and wrote unintelligible, lengthy encyclicals.
4a. Pope Benedict XVI (2005-2013): he was the greatest thing since sliced bread, a superhero and savior and darling, because he showed a higher interest in the Tridentine Mass, and made it more available. Because of that, all other alleged “faults” like being a man of Vatican II, which they despise, and continuing the Assisi ecumenical councils, and not disciplining the liberals enough, were ignored. This was the Golden Age, and so reactionaries actually shut up (relatively speaking) for once, because even they (the ultimate doom-and-gloomers) were fairly happy. “Their guy” was in there: the German Shepherd, and all was well and God was in His heaven.
5. Pope Francis (2013- ): despised because he didn’t sufficiently clarify Catholic doctrine over against the liberals who were wreaking havoc and distorting Vatican II and Amoris Laetitia, or discipline them enough, and because he canonized Pope St. John XXIII and Pope John Paul the Great, and will be canonizing Blessed Pope Paul VI.
***
4b. Alt-Pope Benedict XVI (his evil nature really kicking off in 2018) They started revising their positive opinion of Pope Benedict XVI in 2013 based largely on three things (three strikes and you’re out):

i. He resigned (giving us Pope Francis: Vlad the Impaler).

ii. His reform of the reform of the liturgy has failed and is fundamentally wrongheaded. He dared to keep the “New Mass” going and to call it the “ordinary form.” That was (arguably) the unforgivable sin. It’s not enough to have freedom of worship in the old ways; we must abolish the Pauline Mass as well (which was written on a napkin on a whim by Protestants and ultra-modernists, etc.).

iii. He continually supported and agreed with Pope Francis, including in the “Lettergate” scandal in March 2018. This won’t do. No one can do that very long and be loved by the All-Knowing reactionaries.

It was a process, but the latter thing in particular was the straw that broke the camel’s back. Now he’s a wicked, filthy modernist, neo-Catholic, anti-traditionalist, traitor, and wascally wascal, just like all the other popes since Eisenhower was President (blessed consistency!). He is Attila the Hun to Pope Francis’ Vlad the Impaler: the Beast and the Antichrist: even worse than Francis, because he knows better! To paraphrase the Bible (1 Jn 2:19; RSV): “he went out from us, but he was not of us; for if he had been of us, he would have continued with us; but he went out, that it might be plain that he was not of us.”
Now the Church as we have known and loved it is no more, having (these past three-score years) caved under the weight of all these evil subversives. But the reactionaries leave a tiny ray of light under the dungeon door since they have to continue to at least pretend to believe in indefectibility (even though virtually everything they constantly bellyache about gives one a distinct impression that they don’t). After all, they are all the Church has left (the “remnant”), so they have to at least put up a pretense that the Church still exists; otherwise they would not exist and would have no raison d’être!
*** 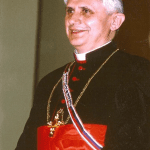 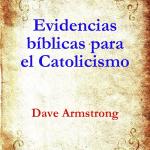