Do Atheists Habitually Equate Fringe Portions of Christianity with the Whole, & with Biblical Teaching? 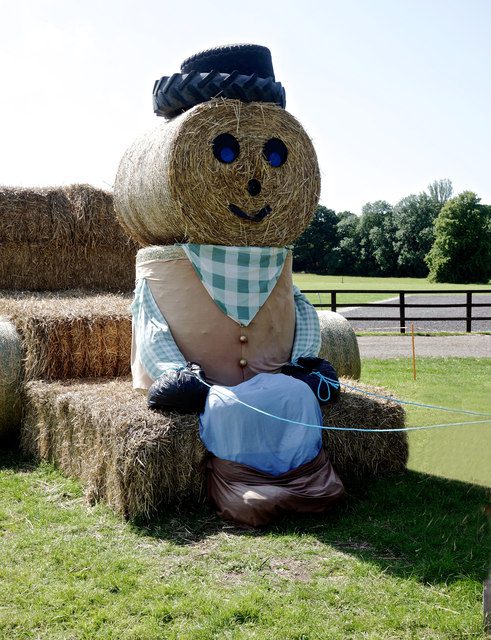 This was an exchange with atheist Michael Neville on my blog. His words will be in blue.

[Michael cited my words in a recent debate] “. . . and infinitely smarter than Christians, whose beliefs they invariably distort and turn into straw men, which they then proceed to quixotically demolish. That’s as big of a mystery as anything in the universe.”

One of the problems in atheist-Christian debates is when an atheist brings up a specific point often the response is “we don’t believe that, it’s those silly Christians over there who believe that nonsense, which makes their Christianity rather dubious.” So atheists may feel that they have rebutted some Christian point, but some other Christian may feel that his “one true Christianity” doesn’t have that flaw. Thus, if we want to try to reduce the crosstalk, we need to have to specify what flavor of Christianity or which particular point of Christianity we are arguing about.

From the Christian perspective, we will point out that criticisms of YEC [young earth creationism] or geocentrism or some other wacky views of that sort only hit a very tiny faction of Christianity as a whole: so that any hint that it is a criticism of Christianity per se is ludicrous and unworthy of a self-respecting atheist critique.

If the criticism is of the tiny faction alone as anti-scientific or anti-intellectual, etc., then of course mainstream Christians readily agree, so we must then ask: why argue about a small group of nuts? But I will always refuse to watch “Christianity” be pilloried for the extremities of fringe elements of the religion (as all large social groups have; e.g., there are extremist atheists like Stalin, etc.).

The trouble is that many atheists take these fundamentalist views (oftentimes, their own former views: whereas they were never mine), and wrongly / wrongheadedly extrapolate them also onto the Bible. I point this out again and again and then the atheist doing it usually gets angry or starts to insult, as we see Bob [Seidensticker] doing at the end of our otherwise pretty good debate.

In any event, I can’t pretend that my own extensive debating experience with atheists and knowledge of the Bible don’t exist, just to please atheists and make them like me and think I’m a great guy. If someone is gonna get mad because I tell them some truth about the Bible or Christianity, that’s not my problem; it’s theirs.

If those who know relatively less about the Bible would listen to those like myself who have studied it intensely for over 40 years and have (as in my case) devoted their lives (as a vocation / occupation) to the defense of Christianity and the Bible, they might actually learn a few things that they didn’t know before (particulars that don’t overthrow their atheism; thus should not be threatening).

But no: very often atheists who want to debate Christians casually (and I’d say, rather condescendingly) assume they know more about the Bible and how to interpret it than Christians who have spent decades and many thousands of hours studying it.

As you can imagine, these sorts of occurrences (which are very common) are exceedingly frustrating and exasperating.

There’s a whole lot more YECs than you appear to think. This survey [LINK] says that last year 38% of Americans “believe that God created humans in their present form at some time within the last 10,000 years or so”. The number is going down but it’s still a large and very vocal group of people.

There’s the further point that you’re showing exactly what I was talking about. You’re not and never have been a YEC. Good for you, neither was I when I was a Christian. But so what? That just means I won’t be debating that particular point of Christianity with you because it would be pointless to do so.

But how do you feel about Hell, infinite punishment for finite sins? Or the virgin birth? Or the bodily resurrection of Christ? How about the lack of evidence outside the Bible for Jesus’ existence? Or how most Christian claim to be monotheists but treat each “person” in the Trinity as a separate god (BTW, I know Muslims and Jews who don’t regard Christians as monotheists). These are topics which can be debated.

I point this out again and again and then the atheist doing it usually gets angry or starts to insult, as we see Bob doing at the end of our otherwise pretty good debate.

The sense that I got from Bob is that he was getting frustrated by your patronizing condescension. He told you that you were getting snarky (comments like “But I do know that it is a common trait of atheists to avoid answering questions that have to do with difficulties (real or imagined) in their own positions”) but you failed to consider that maybe you were. In my not so humble opinion, you are rather snarky and definitely feel superior to anyone, Christian or atheist, who holds a different belief than yours.

I leave you with the thought that while you may be intimately familiar with the Bible you’re in a small minority of Christians. I once quoted Matt 6:5-6 to a Christian advocating public school prayer and she thought I was making it up! She is not alone in her abysmal ignorance of the Bible, far from it.

I haven’t confirmed your point at all. If you are going to critique “Christianity” then you have to go after its mainstream components, not its fringe ones. To go after fringe elements and act as if they represent the whole or the Bible is not intellectually sound. It’s a straw man.

YEC is a minority position of a minority portion of Christianity (Protestantism). Catholicism is the largest portion of Christianity, and Orthodoxy is also another large portion. Neither holds to YEC or fundamentalist hyper-literal interpretation of the Bible. Thus, the proper way to describe the enterprise of critiquing YEC and suchlike is to say that it is a critique of Protestant fundamentalism, which is merely a small portion of the Christian whole.

But many (I would suspect, most) atheist polemicists refuse to do that, and also falsely think that the fundamentalist positions are unarguably taught in the Bible itself.

The other topics you bring up are valid ones that can be said to represent orthodox Christianity as a whole (save for the caricature of trinitarianism that you state). YEC, geocentrism, wooden hyper-literal interpretation, rejection of anthropomorphism and anthropopathism do not. That’s a completely different type of category.

In my experience, it is a very prominent trait of atheists to avoid hard questions regarding their own positions. Again, I can’t make my experience other than what it is. Those things either actually happened, or they did not.

Of course, others may have different experiences. I can only speak about my own. In my case, the dialogues are online for all to see and read, so I can actually verify that this repeatedly happened. No one need simply take my word (which to them may sound like “patronizing condescension” as you say).

Bob did it himself, and provided no counter-example to my claims. I asked him specifically about sufficient evidence to reject God, in his opinion, and he refused to answer: sending it right back to me. I later answered at length when a fellow atheist repeatedly asked me the same thing (only to be told that I never answered).

“you are rather snarky and definitely feel superior to anyone, Christian or atheist, who holds a different belief than yours.”

That’s your opinion, and it’s very commonly attributed to apologists. I could produce many unsolicited “testimonies” of dialogue opponents who thought quite otherwise, but what’s the use? You’ve already made up your mind to harshly judge me. I think it’s because we apologists are always saying “x is right and y is wrong.”

It’s the “nature of the beast” of apologetics. We defend one thing as truth and thus oppose anything that contradicts it. Thus, those who hold y will tend not to like us, because people (to put it very mildly!) don’t like being told that their belief is erroneous. Being an apologist is like being an umpire: we’re always displeasing someone.

You interpret this as being personally an ass and a pompous jerk, and you mind-read my supposed inner motivations. My take is that I argue vigorously. I turn the tables. I give atheists big doses of their own medicine. I have no patience with BS and lousy argumentation and straw men. I know my stuff.

People don’t like that, and so, rather than admit that I made a good argument, they prefer to make it a personal thing against me. They can’t stand the heat and so they get out of the kitchen.

I readily agree that ignorance of the Bible is very widespread. But again, that is a different proposition altogether than making claims about the Bible itself. The Bible is what it is (a = a), no matter how many people are ignorant of it (just as are, say, the Constitution and the laws of thermodynamics). It is able to be consistently, intelligently interpreted, according to the usual rules and norms of the interpretation of any literature.

The problem is that so many people refuse to approach it that way. Atheists usually approach the Bible like a butcher approaches a hog. And so we get many wild and false theories as to what it teaches. 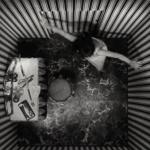 May 11, 2018
Atheist: What Evidence is Required to Change Religions?
Next Post 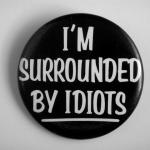 May 12, 2018 Seidensticker: Christians R Intellectually Dishonest Idiots
Recent Comments
0 | Leave a Comment
Browse Our Archives
get the latest from
Biblical Evidence for Catholicism
Sign up for our newsletter
POPULAR AT PATHEOS Catholic
1

Catholic
Seidensticker Folly #55: Godhood of Jesus in the...
Biblical Evidence for Catholicism