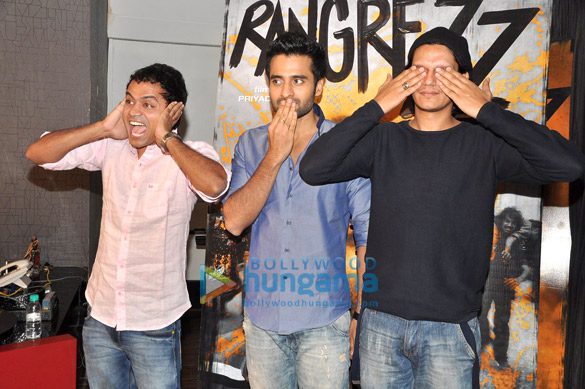 Atheists demand verifiable miracles in order to even consider believing in the God of Christianity. But when evidence is presented, very often, it’s ignored.

This exchange occurred in one of my blog comboxes. I have only slightly abridged it, for brevity’s sake (removing mostly my own words). The words of atheist Samwise will be in blue.

All we know about god are words written by fallible humans with unknown integrity and motives.

Read about the founding of the Mormon church. Ludicrous claims by a convicted conman, yet 200 years later millions believe it. A fallible human with dubious motives.

L Ron Hubbard actually said he would start his own religion to get rich. Scientology has millions of followers due to a fallible human with known dubious motives.

You asked many times what it would take for an atheist to believe in a deity. That’s a hard question, but right now every claim about God, Jesus and the origination of christianity was created, recorded and translated by fallible humans with unknown motives. I have no reason to believe the creators of christianity weren’t the first century equivalents of Joseph Smith, L Ron Hubbard and Jim Jones.

Existence of counterfeits do not disprove a genuine article that the counterfeit (by definition) is seeking to pretend to be.

That’s not the point.

The point that for me, to believe in a deity I need proof that the deity exists. All we have for Christianity are words spoken / written by people, which is exactly what we have for Islam and Hinduism.

Fake Bigfoots only prove some humans really want to believe that Bigfoot is real.

What would constitute proof for you, and should we accept that your criterion of “proof” as valid for one and all? If so, why and how?

For me, this would need three elements.

So, sacred texts written by distant and/or unknown authors with unknown motives are not evidence. (The story of your deity is too much like the story of everyone else’s deity.)
I expect you don’t believe the Koran or trust Joesph Smith’s story of golden tablets.

Sunrises are not evidence. (Within laws of physics and not attributable to your deity rather than theirs.)

Random and unexpected healing is not an unnatural event. Ask any doctor. This happens.

The story of 500 people coming back to life and wandering around Jerusalem is only as reliable as the person who wrote it down.

OTOH – If the amputated limbs of every currently alive amputee grew back simultaneously, that would be a supernatural event. And we could see evidence without having to trust a human story teller.

If the hair on each regrown limb spelled “Yahweh” I would know which deity gets the credit.

You asked what I would need. This is my answer. I’m sure other people would answer the question differently. I speak only for myself.

I recently provided evidence of present-day scientifically verified miracles (emphasizing Lourdes and the incorruptible saints). That does meet your requirement (“Verifiable action outside the laws physics”). So I will be eagerly looking forward to hearing about how you interpret it.

That does not meet my requirement. I said this in my initial response.

This evidence must be independent of human interpretation, interference and corruption.

There is no such thing, since all information and data is dealt with and interpreted by human beings, and human beings have biases and different opinions. When you read about any such proposed evidence (such as what I provided you above), you will automatically be interpreting through your own particular “lens” or “filter”: just by being a human being. Hasn’t this ever occurred to you, in formulating your criteria of proof?

The story of 500 people coming back to life and wandering around Jerusalem is only as reliable as the person who wrote it down.

Exactly. We are saying that it was credible, for several reasons:

1. The alternate theories as to what happened are implausible and special pleading.

2. We have no reason (from what we know) to question the character of the people who claimed to see this.

3. The biblical accounts have been proven time and again to be reliable (through archaeology and historiography, geography, etc.).

4. Many of these people who claimed to see the risen Jesus died for their faith. People don’t die for a lie. They did because they truly believed in what they claimed to have seen.

Is there any evidence for you that is not empirical?

I also mentioned random healing. Every religion claims that to have followers that have been healed. Every one. These stories are all similar. Not quite provable. Not quite outside the normal range. And totally dependent on the integrity of the people using the tale to convince you to join their club.

There is evidence equal to yours of healing by Native American shamans. Do you believe those to be miracles? What about the article “Man Healed of a Tumor After He Went to Hajj and Drank Only Zam Zam Water”? I expect that hasn’t convinced you to convert to Islam. Do you think Earnest Angley is honest?

Stories of “miraculous” healing are routine in every religion. Some seriously ill people recover. That is normal and natural. There is nothing supernatural in the fact that some people with cancer don’t die.

Every bit of evidence for every religion is only as reliable as the known or unknown people telling the tale.

My minimum requirement for evidence of a supernatural being is that no human is standing by saying “trust me.” That’s my requirement.

Tales of miraculous healing are too easy fake.

And they’re a dime a dozen.

You didn’t answer my question. A Muslim man claimed Allah healed him. Are you going to convert to Islam?

If miracle claims don’t alter your beliefs, why do you think they should alter mine?

I take it that you, too, won’t read, consider, and analyze the evidence for miracles that I laid out in my link above: just like the last atheist I presented it to? You folks are very hard to please. I think I am giving you something of what you are demanding. I’d love to see how it is interpreted: specific cases of the miraculous. They can’t simply be dismissed with one sentence.

You asked for “verifiable action outside the laws physics” and I have provided some of that. And now you . . . just ignore it? That doesn’t help advance the discussion to the next stage, does it?

I don’t believe that you answered my question: “Is there any evidence for you that is not empirical?” 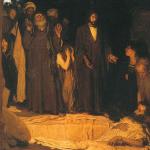 June 8, 2018
Prayers to Saints & for the Dead: Six Biblical Proofs
Next Post 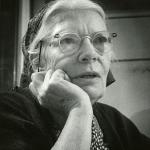 June 9, 2018 Christianity, Depression, Peace, Comfort, Hope, & Joy
Recent Comments
0 | Leave a Comment
"Yes, exactly! Just philosophically we can defend a general theism (without getting into Christianity) by ..."
Heretics Beware Problem of Evil & of Good: ..."
"You have written well about Erasmus. But, I don't think that is the view that ..."
Prasanth Erasmus-Luther Correspondence: 1517 to 1534
"Thanks for letting me know. I will stop following them from now on."
Prasanth Did Moses Exist? No Absolute Proof, ..."
"Sorry, I just wanted you to react with that. Never expected it to be such ..."
Prasanth Did Moses Exist? No Absolute Proof, ..."
Browse Our Archives
get the latest from
Biblical Evidence for Catholicism
Sign up for our newsletter
POPULAR AT PATHEOS Catholic
1