Is Conversion to Catholicism Mainly Emotional or “Doctrinal”? 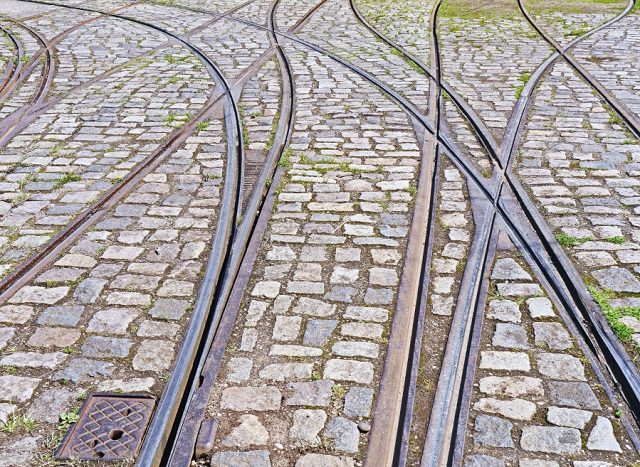 Catholics (especially converts) are well familiar with the sort of argumentation that argues that people become Catholic for all kinds of reasons: but not doctrinal, rational ones. It is a subtle variation of the old “smells and bells” routine. The Catholic could never be what he is because of a sound comparison of systems, or a studied analysis of theology, history, or the Bible. It has to be some extraneous factor that made him take such an absurd leap.

People can differ in good faith. I don’t challenge the good faith reasoning of Protestants. I object to anti-Catholic bilge, but if someone actually produces some solid reasoning for why they converted to whatever they are, I may strongly disagree and argue with them, based on the merits of their “case,” but I don’t question the sincerity and felt-reasonableness of that and resort to speculations about how they were fed up with their former group, etc. as the “be-all” explanation of their move. One ought to accept people’s reports of their own spiritual odysseys. It is a deeply personal, oftentimes, painful and sacrificial road.

For example, Protestant pastors (oftentimes, Reformed or Anglican) who convert to Catholicism do not make such a decision lightly or for frivolous, inadequate “sole” reasons like being disgusted at division. I find that to be an absurdly naive, simplistic analysis. These people gave up their entire livelihood, way of life, oftentimes entire circle of friends (if those “friends” decide to be hostile about it, rather than respect a fellow Christian’s decision, and remain a friend, as they should).

Why is it so hard to grant that we can indeed produce positive reasons for why we converted, and not just negative ones? It is psychologically naive, too, I think, because people generally don’t make such serious life-decisions based on the “negatives” of what they are leaving. Generally speaking, folks don’t get married to person y because person x was such a scoundrel. It is because of what they see in person y.

So when one converts to Catholicism it’s usually because of what we see there that we find to be true or a better expression of apostolic faith than what we found in Protestantism: proactive rather than reactionary. Speaking for myself, I have always viewed Protestantism as a very good thing. I simply think Catholicism is better: “very good and best” rather than “bad and good.” But of course, many who leave Catholicism for Protestantism see the former as an evil, bad thing.

Virtually all converts I know do not feel this way at all. We criticize aspects of Protestantism, of course (especially apologists like me), but we don’t run it down as some essentially terrible, evil, monstrous thing. We simply believe it is an inadequate, skeletal version of the full, apostolic Christianity that we have found in the Catholic Church. “Better and best.” A chicken leg with a little bit of meat on it is a good thing. But a chicken leg right from the oven with all the meat is a much better thing. We don’t say the lesser version is “bad.” It just ain’t “enough” and a person wants more than that.

The divisions and all the nonsense to be found in Protestantism are certainly fairly important factors leading to disenchantment and the urge to explore other avenues. But it can’t account for conversion in and of itself. That is my point. It is no “grand explanation.”

I was a pretty “happy, satisfied” committed evangelical Protestant for 13 years. I knew there were a host of problems in Protestant ranks, and wrote about them (e.g., critiquing the “name-it-claim-it” errors as early as 1982, nine years before my conversion). This didn’t make me want to convert. I gave that very little thought at all until 1990, the very year of my conversion.

Rather, it was the positive things I saw in Catholicism which drew me to it: particularly the sublime moral theology that I saw preserved nowhere in Protestantism. Also, development of doctrine was persuasive to me, because it made a great deal of sense of Church history. I had dealt with development in the early 80s also, in defending the Trinity against the Jehovah’s Witnesses. We used to write about how the early Church had developed its thinking on the theology of God, etc. So this resonated with me later on, in working through various other issues.

Now someone may say I am an exception; that most other converts did it because they are fed up with “Reformed coldness” or in-fighting, or whatever else it is. I suppose former Reformed might have more of that aspect in their story (judging by how they talk about their own sphere and what goes on there).

I wasn’t Reformed, though; I was an Arminian, who had a great deal of respect for many Reformed thinkers (especially Francis Schaeffer and J. I. Packer) but didn’t worship in those circles. Our problems had more to do with apathy, hypocrisy, and silly, insubstantial fights (such as over who should be pastor) than doctrinal issues. I accepted these as a necessary evil, and refused to participate in them. But again, this didn’t cause me to convert.

Catholic converts may often complain about various errors and faults in Protestantism and Protestant circles, but when it gets down to brass tacks, the reason they give for their conversion will almost always be a positive one: the Eucharist, the papacy, Tradition, Mary and the saints (often things that are neglected altogether in many Protestant circles).

The error here lies in the relative weight placed on the complaints vs. the espousal of new Catholic distinctives. I contend that the latter is far more influential in the decision to convert than the former. 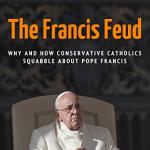 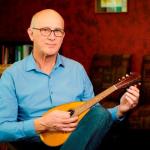 June 3, 2018 Keating & Double Standards on "Traditionalist" Labeling
Recent Comments
0 | Leave a Comment
"One of your favorites for me. I'm happy to read it again. Great fun. Another ..."
Tom Hanson Parting of the Red Sea: Feasible ..."
"You should appeal to your bishop. It's your canonical right."
Dave Armstrong “Eucharistic Pharisees” (Communion in the Hand)
"I've always understood the argument about consecrated surfaces to not be about the tongue being ..."
JustWage “Eucharistic Pharisees” (Communion in the Hand)
"The claim that Paul was referring to his past letters is absurd. St John Chrysostom ..."
Caritas Dialogue on St. John Chrysostom & ..."
Browse Our Archives
Related posts from Biblical Evidence for Catholicism

Division, fire and unity
One of the best-known Peruvian saints is Saint Martin de Porres.  Born...
view all Catholic blogs
What Are Your Thoughts?leave a comment
Copyright 2008-2021, Patheos. All rights reserved.
Close Ad