Robert F. Kennedy & How Democrats Used to Be 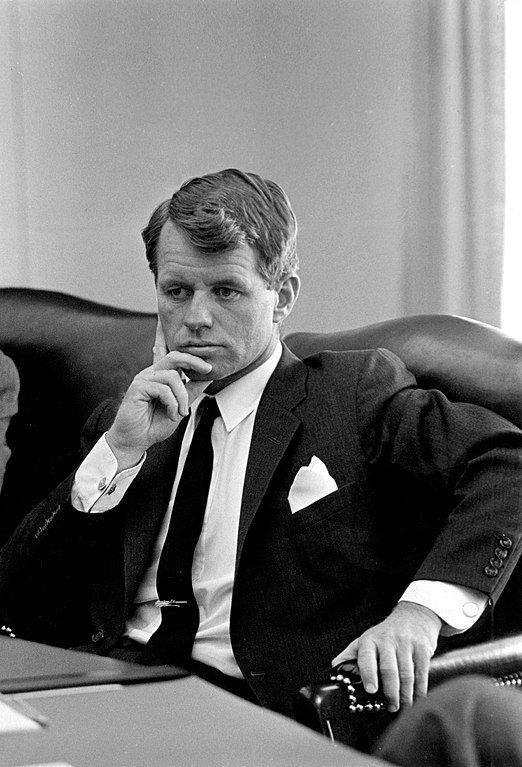 Last night I finished watching the four-part Netflix documentary, Bobby Kennedy for President. It so happened that it was the early hours of the 6th of June: exactly fifty years after he was assassinated (basically for being a supporter of Israel). I remember that sad day very well (I was almost ten at the time).

The Democrat Party is vastly different today, compared to fifty years ago: during the nearly three-month period after Robert Kennedy announced his candidacy for President, on 16 March 1968. Just fifteen days later, President Lyndon Johnson shocked the political world with his declaration that he would not seek the nomination.

It’s surprising to realize that a Catholic distributist conservative like myself, who has voted Republican for President since 1980, could watch such a show and not disagree with a single policy position or even statement that RFK made, the entire time.

In those days, the Democrats were not yet devoted to hard left social and economic positions, anti-Americanism, anti-traditionalism, radical secularism, the sexual revolution, relentless race-baiting, extreme caricature of Republican opponents, or revolutionary unisexism. That more or less changed with the candidacy of George McGovern in 1972 and really cranked up during President Reagan’s two terms.

RFK actually did care about the “little guy”: as was evident throughout the documentary. He didn’t just “talk the talk.” He visited the poorest parts of Mississippi and Appalachia, the inner city ghettos, the migrant workers in California, and as far as I can tell, truly had a sincere, deep compassion for the less fortunate.

Democrats have ludicrously claimed exclusive possession of such compassion and social conscience ever since, charging that conservatives lack it. But things are very different now. For example, RFK in the film, at one point was talking about subsidiarity: a concept very dear to Catholic social teaching and to Chestertonian distributists like myself.

Wikipedia provides a good brief definition of it: “an organizing principle that matters ought to be handled by the smallest, lowest or least centralized competent authority. Political decisions should be taken at a local level if possible, rather than by a central authority.” Kennedy was shown appealing to the principle in his efforts to change the atrocious conditions in the Bedford–Stuyvesant neighborhood of Brooklyn (he was by this time a Senator from New York).

Kennedy’s approach to national problems did not fit neatly into the idealogical categories of his time . . . His was a muscular liberalism, committed to an activist federal government but deeply suspicious of concentrated power and certain that fundamental change would best be achieved at the community level, insistent on responsibilities as well as rights, and convinced that the dynamism of capitalism could be the impetus for broadening national growth. (RFK: Collected Speeches, New York City: Viking, 1993, p. ix)

That’s very different from the ubiquitous big-government solutions now offered by Democrats. President Clinton tried to do similarly for a time, but President Obama went right back to it, even wiping out sensible welfare reforms that Clinton had signed into law.

Even more remarkably, Kennedy saw the great flaws in LBJ’s “Great Society” (“War on Poverty”) policies, as early as 1966: noting that welfare alone would have the effect of breaking up the families of the poor. That has all come to pass. Perhaps it could have been prevented, had RFK not been killed. Now it’s very difficult to unscramble the egg.

The documentary chronicled Kennedy passionately observing that poor people desperately “need jobs” as a key solution. How ironic, then (and this perfectly illustrates my central point), that we now have, under President Trump, the lowest unemployment rate ever for African-Americans and Hispanics (and the lowest since 1953 for women), explosive job creation, a rapidly growing economy, rising wages, lower taxes (which John F. Kennedy also passed) creating growth, and yet President Trump gets no credit at all for that, from Democrats and liberals.

He’s helping the little guy — the ones that the Democrats have always said they stood for, since FDR in 1932 – by very concrete measures, the same ones that RFK talked about: creating economic opportunity and advancement through gainful employment. Thus, Trump appears to be closer to RFK in spirit than today’s Democrats, like, for example, former Speaker of the House Nancy Pelosi, who stated on 1 June 2018:

Democrats know that the American people deserve a better deal, with better jobs, better wages and a better future. We are committed to creating millions of new good-paying jobs and raising wages, lowering the soaring cost of living for families and giving every American the tools to succeed in the 21st Century economy.

She talks the talk but doesn’t walk the walk. Trump’s policies have caused exactly these things to come to pass. The Democrats had nothing whatever to do with them. Not a single one voted for the tax cuts. President Obama did everything he could to help the economy remain in the doldrums throughout his entire eight years.

Pelosi and the Democrats talk about caring for the little guy; Trump actually does something about it. And that strikes me as, again, the spirit of RFK and the old Democrats, who are now almost as extinct as the dodo bird.

1968, I submit, was the last time that a serious Christian, who follows traditional Catholic, Protestant, or Orthodox morality, could consistently vote for a Democrat for President. After that, they were always avowedly pro-abortion, and now they even oppose a sensible definition of male + female marriage (something Bill Clinton and even Obama still upheld till just a few years ago).

The 1968 Democratic Party Platform never mentioned abortion at all, and sanctioned and recommended subsidiarity:

We recognize that citizen participation in government is most meaningful at the levels of government closest to the people. For that reason, we recognize the necessity of developing a true partnership between state, local, and Federal governments, with each carrying its share of the financial and administrative load.

The Democrat Party today is so far from that, that it won’t even allow poor families to have true school choice, rather than be forced to attend terrible schools. It opposes that at every turn.

RFK was a pious Catholic and family man (very unlike his brothers Jack and Teddy). He favored abortion only in cases of rape or incest (the standard Republican position). Wikipedia, in its article on him, noted about his religious faith:

Kennedy’s Catholicism was central to his politics and personal attitude to life and its purpose; he inherited his faith from his family. He was more religious than his brothers and approached his duties with a Catholic worldview.

Throughout his life, he made reference to his faith, how it informed every area of his life, and how it gave him the strength to re-enter politics following his older brother’s assassination. His was not an unresponsive and staid faith, but the faith of a Catholic Radical, perhaps the first successful Catholic Radical in American political history.

Democrats would do well to ponder how much their party has essentially changed. 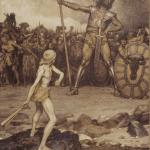 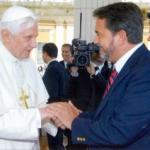 June 7, 2018 Apologetics & Lay Apostolates: Strong Approval from Popes
Recent Comments
0 | Leave a Comment
Browse Our Archives
get the latest from
Biblical Evidence for Catholicism
Sign up for our newsletter
POPULAR AT PATHEOS Catholic
1