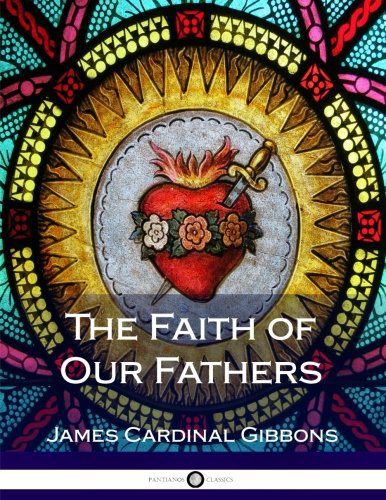 ‘The remission before God of the temporal punishment due to sins forgiven as far as their guilt is concerned, which the follower of Christ with the proper dispositions and under certain determined conditions acquires through the intervention of the Church, which, as minister of the redemption, authoritatively dispenses and applies the treasury of the satisfaction won by Christ and the saints’ (Pope Paul VI, Apostolic Constitution on Indulgences).

As originally understood, an indulgence was a mitigation of the severe canonical penances imposed on the faithful for grave sins . . .

The measure of how efficacious an indulgenced work is depends on two things: the supernatural charity with which the indulgenced task is done, and the perfection of the task itself . . .

Indulgences can always be applied to the dead by way of suffrage, asking God to remit their sufferings if they are still in purgatory.” (Pocket Catholic Dictionary, New York: Doubleday Image, 1980, 193-194)

Indulgences presuppose (1) a retributive basis for divine justice, i.e., that sins must have a penalty either on earth or in purgatory, even (it may be) after the sinner has been reconciled with God by sacramental absolution; (2) the existence of the `treasury of merits,’ i.e., the infinite merits of Christ, together with the merits of the Blessed Virgin Mary and the saints, which the Church possesses in virtue of the communion of saints; (3) the belief that the Church, by her power of jurisdiction, has the right of administering the benefit of these merits in consideration of the prayers or other pious works undertaken by the faithful. (The Catholic Catechism, Garden City, New York: Doubleday, 1975, 561-562)

The origin of the Reformation is often said to be Luther’s act of nailing ninety-five theses against the sale of indulgences to the door of the church in Wittenberg. This event is celebrated as Reformation Day (October 31, 1517) . . .

But the scandal of selling indulgences was only the catalyst, not the cause, of the Reformation. The Church soon cleaned up its act and forbade the sale of indulgences at the Council of Trent, agreeing with Luther on this point. But one does not split the Church over a practice; one splits the Church over a doctrine, for the Church can change its practice but never its doctrine. To change a practice, one stays in the Church; to change a doctrine, one must start a new Church. (Fundamentals of the Faith, San Francisco: Ignatius Press, 1988, 278)

[The treasury of the Church] is not like a sum of goods which were amassed in the course of the centuries after the manner of material riches. Rather, it consists in the infinite and inexhaustible value that the atonement and merits of Christ, the Lord, have before God . . . The treasury of th Church is Christ the Redeemer himself insofar as the satisfaction and merits of his work of redemption have their permanence and validity in him. Furthermore, the truly immeasurable, inexhaustible, and always new value that the prayers and good works of the Blessed Virgin Mary and of all the saints possess before God also belong to this treasury. They have followed in the footsteps of Christ, the Lord; by his grace, they have sanctified themselves and completed the work entrusted to them by the Father. Thus have they worked their own salvation and contributed also to the salvation of their brothers in the unity of the mystical body. (Apostolic Constitution on the Revision of Indulgences: 1967)

The prerogative of granting Indulgence has been exercised by the teachers of the Church from the beginning of her existence.

St. Paul exercised it in behalf of the incestuous Corinthian whom he had condemned to a severe penance proportioned to his guilt, `that his spirit might be saved in the day of the Lord’ (1 Cor 5:5). And having learned afterwards of the Corinthian’s fervent contrition the Apostle absolves him from the penance which he had imposed (2 Cor 2:6-10).

Here we have all the elements that constitute an Indulgence. First – A penance, or temporal punishment proportioned to the gravity of the offence, is imposed on the transgressor. Second – The penitent is truly contrite for his crime. Third – This determines the Apostle to remit the penalty. Fourth – The Apostle considers the relaxation of the penance ratified by Jesus Christ, in whose name it is imparted. . . .

We cannot please our opponents. If we fast and give alms; if we crucify our flesh, and make pilgrimages and perform other works of penance, we are accused of clinging to the rags of dead works, instead of `holding on to Jesus’ by faith. If, on the other hand, we enrich our souls with the treasures of Indulgences we are charged with relying on the vicarious merits of others and of lightening too much the salutary burden of the cross. But how can Protestants consistently find fault with the Church for mitigating the austerities of penance, since their own fundamental principle rests on faith alone without good works? (The Faith of Our Fathers, New York: P. J. Kenedy & Sons, revised edition, 1917, 308-309, 311)

Pope Leo X in the indulgence Decretal Cum postquam (1518), bases the Church’s power to grant Indulgences on the power of the keys. This must not be understood as referring in the narrow sense to the power of forgiving sins, but rather as referring in the wider sense to the jurisdiction of the Church . . . By its very nature an Indulgence is not a pure act of grace, in which the temporal punishment for sin is remitted gratis without anything being done in return: it implies compensation drawn from the treasury of satisfaction amassed by Christ and by the Saints. The Bishops of the Christian communion are entitled to distribute this spiritual treasure among the faithful. The possibility of vicarious satisfaction derives from the unity of the Mystical Body of Christ, the Communion of Saints. (Fundamentals of Catholic Dogma, Rockford, Illinois: TAN Books, 1974, 441)

The Church in virtue of her power of binding and loosing may supplement the poverty of one member out of the wealth of another . . . All the main ideas upon which the doctrine of indulgences is based – the necessity of expiation for sin, the co-operative expiation of the members of the Body of Christ, the Church’s power so to bind and loose on earth that her action is valid in heaven – all these ideas are contained in holy Scripture. So that although the historical form of the indulgence has undergone some change . . . and may in the future undergo further change, and although the theology of indulgences has only been gradually elaborated, yet in its substance the doctrine is in line with the pure thought of the Scriptures. Here, as in no other practice of the Church, do the members of the Body of Christ co-operate in loving expiation. All the earnestness and joyfulness, humility and contrition, love and fidelity, which animate the Body are here especially combined and manifested. (The Spirit of Catholicism, translated by Justin McCann, revised edition, Garden City, New York: Doubleday Image, 1954 [orig. 1924], 127-128) 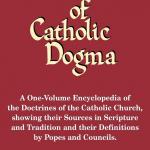 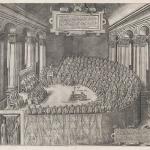 July 30, 2018 Anathemas of Trent & Excommunication: An Explanation
Recent Comments
0 | Leave a Comment
Browse Our Archives
get the latest from
Biblical Evidence for Catholicism
Sign up for our newsletter
POPULAR AT PATHEOS Catholic
1