Do Catholics Believe in Predestination? Yes! But . . . 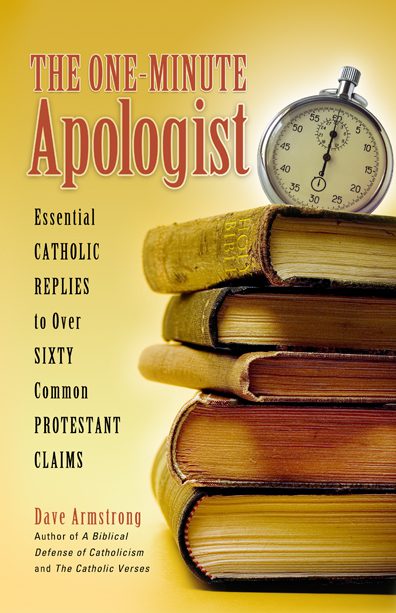 This was a chapter, intended for, but not included in my book, The One-Minute Apologist (2007).

The Catholic Church believes in the predestination of the elect, or those who are saved; it only denies that God predestines anyone to hell from eternity without any consideration of their own free will decisions.

Extensive Reply
*
It is a common misperception that the Catholic Church somehow denies God’s sovereignty over His creation and His providence, or ultimate control over all things, including who is saved and who is lost. Much of the misunderstanding comes from the notion that if any free will is allowed in man at all (even in the sense of cooperating with God’s grace) that this takes away from God’s sovereignty. But Catholics maintain that the Bible teaches a paradoxical position of God being in control, while man works together with Him. In a mysterious way, His works or decrees (entirely caused and enabled by Him) are made our own, through cooperation (Mk. 16:20; Acts 13:1-4; 1 Cor. 3:8-9, 12:6; 2 Cor. 6:1; Phil. 2:12-13). One of the clearest dogmatic statements from the Church on this issue was made at the Council of Quiersy in 853:

Chap. 1. Omnipotent God created man noble without sin with a free will, and he whom He wished to remain in the sanctity of justice, He placed in Paradise. Man using his free will badly sinned and fell, and became the “mass of perdition” of the entire human race. The just and good God, however, chose from the same mass of perdition according to His foreknowledge those whom through grace He predestined to life [Rom. 8:29 ff.; Eph. 1:11], and He predestined for these eternal life; the others, whom by the judgment of justice he left in the mass of perdition, however, He knew would perish, but He did not predestine that they would perish, because He is just; however, He predestined eternal punishment for them. And on account of this we speak of only one predestination of God, which pertains either to the gift of grace or to the retribution of justice.

Double predestination was rejected by the Council of Trent (1545-1563):

If anyone shall say that it is not in the power of man to make his ways evil, but that God produces the evil as well as the good works, not only by permission, but also properly and of Himself, so that the betrayal of Judas is no less His own proper work than the vocation of Paul: let him be anathema. (in Denzinger, ibid., Canons on Justification: Canon 6, #816, p. 258)

The Catholic conception of divine providence is briefly outlined in this statement from the Catechism of the Catholic Church (#321):

Divine providence consists of the dispositions by which God guides all his creatures with wisdom and love to their ultimate end.

But by allowing free will in this sense, doesn’t that indeed amount to the creature having the final decision rather than God, so that God is no longer sovereign?

This doesn’t follow, if even the decision to accept God’s grace is itself caused by the same grace, as Catholics believe (Trent: canons on Justification). But the horrible alternative is predestination to hell from eternity, as in John Calvin’s theology:

[T]hey are predestined to eternal death solely by his decision, apart from their own merit.

The causality of reprobation is unlike that of predestination. For predestination is the cause both of what is awaited in the future, namely glory, and of what is received in the present, namely grace. Whereas reprobation is not the cause of present fault, but of future result, namely, of being abandoned by God. Fault is born of the freewill of the person who deserts grace. (Summa Theologica, I, 23, 4) 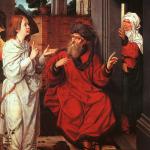 July 23, 2018
Modernism vs. History in Genesis & Biblical Inspiration
Next Post 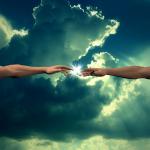