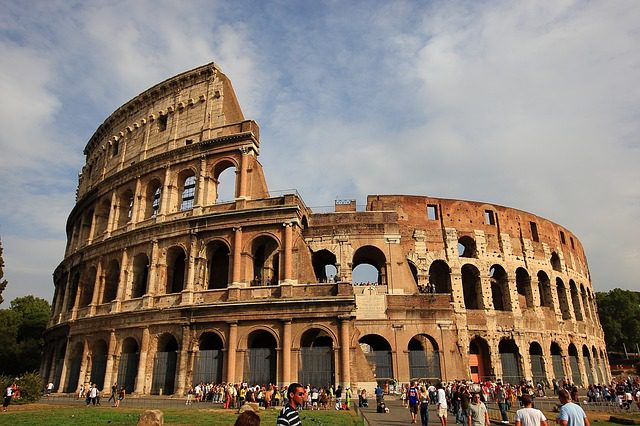 An Orthodox member of my e-mail discussion list wrote:

In my experience, most Christians in communion with the pope of Rome who consider themselves traditional prefer the term Roman Catholic as an indication of their allegiance to Rome.

Not me. I prefer Catholic, but I’ve never been able to convince either you or Protestant anti-Catholics to extend to me the courtesy of using it. On the other hand, I am quite happy to use Orthodox, even though I don’t think the Orthodox are completely orthodox. It is a title, just as Orthodox Jew is a title, and neither of us think they are orthodox (lit., “correct doctrine”).

1) The traditional pejorative use of Roman, Romanist, Romanism, etc. in Protestant anti-Catholic circles (particularly among Anglicans, originally) — and to some extent, by Orthodox.

2) The impression some might get that Rome is an oppressive, dictatorial-type leadership. In other words, the emphasis is put on Rome rather than on Catholic, where it should be. On the other hand, if by this, the user means “the Catholic (Universal) Church which is headed by the Roman See (therefore Roman in that sense) and the Roman Bishop, the Pope,” then that is fine.

Understood in this fashion, there is no contradiction between “universal” and “local,” or between the universal (conciliar and sensus fidelium) and the supposed dictatorial and arbitrary control of the “papa” in Rome. In my experience, however, most non-Catholics who use this title do not mean it in this sense.

3) I think the proper usage with regard to Eastern and Western Catholics (when that distinction is made) is:

a) Latin Rite Catholics  (or, Western Rite Catholics). E.g., the Catechism of the Catholic Church , #1579, uses the term Latin Church, with reference to the requirement of priestly celibacy.

Some Eastern Catholics object to being called Roman Catholic at least in part because they feel it implies Latin Rite Catholic, whereas they are of the Eastern Rites.

4) Roman Catholic is often used in a way that presupposes that there are other Catholics, such as Anglo-Catholics, or as many Orthodox use it: Orthodox Catholics. This buys into the Anglican branch theory or Via Media, which we utterly reject. Others can be part of that one Church in some fashion (as Vatican II stressed), but there can’t be more than one.

5) Roman Catholicism, like Eastern Orthodoxy, might be taken to mean a certain colloquialism or regionally-restricted purview which both of our communions would reject as contrary to the catholicity of the Church.

That’s my reasoning. Again, this isn’t an absolute, and some (I don’t think “most”) Catholics use or prefer Roman Catholic. My point is just that the above historical and theological factors need to be taken into consideration.

I don’t mind Roman at all. Since the late patristic period, the names Roman and Catholic have been synonymous.

It will be anticipated that the duration of this ascendancy of error had not the faintest tendency to deprive the ancient Church of the West of the title Catholic  . . . . The Arians seem never to have claimed the Catholic name. It is more remarkable that the Catholics during this period were denoted by the additional title of Romans. Of this there are many proofs in the histories of St. Gregory of Tours, Victor of Vite, and the Spanish Councils. (pp. 278-79)

Cardinal Newman also cites passages from St. Gregory the Great the Dialogos and from Evagrius Scholasticus, among many other sources. Then there is St. Maximus the Confessor who called himself a Greek in language but a Roman in faith.

Yes, as I acknowledged, there is a totally acceptable, non-offensive usage of Roman and Roman Catholicism. It is all in the intention. Anti-Catholic Protestants who use Roman almost always do not mean it (indeed, by definition, could not mean it) in the sense that Cardinal Newman and the Fathers used it, which was my point.

They make a distinction between the supposedly corrupt and apostate Roman Catholic Church and the “universal catholic (Christian) church,” which is often conceived as institutionally invisible (and proto-Protestant) by them.

It is the post-Protestant usage (especially amongst Anglicans) which is objectionable, hence the patristic usage is largely a separate issue from my argument. The very fact that anti-Catholics obstinately refuse (even when politely asked) to use the term Catholic (if indeed – theoretically – they considered that and Roman Catholic interchangeable) proves my point. Why the reluctance? At the same time, these people inevitably bristle at the description “anti-Catholic,” as if it is inaccurate! (maybe they would accept anti-Roman).

The reason why he refused is the reason I much prefer Catholic to Roman Catholic. I won’t bow to the way my opponent defines my own terms. The war of terminology is an important one to fight (as, e.g., in the battle for the pre-born child). If some Catholics don’t object to Roman Catholic, that’s perfectly fine, but I would respectfully suggest that they point out exactly what they mean by that in certain theologically-hostile company.

I do appreciate you pointing this out, and it is definitely good for all (Roman) Catholics :-) to be aware of these facts, too.

I was a little startled when I first got into apologetics with some Catholics objecting to being called Roman Catholics. I did some research and it looks as if the term Roman Catholic began as a pejorative in English-speaking countries about the time of the Reformation.
Well, many Protestants pride themselves for being squarely and self-consciously in the “Reformation” tradition, so that is partly why I object, because they are still coming from that overtly anti-Catholic mindset.

Likewise, the new Catechism of the CATHOLIC CHURCH, in its section on the Church (#748-945) mostly uses simply Church, and occasionally Catholic Church. Roman Catholic and Roman Catholic Church are nowhere to be found. Glancing through the whole work, I can scarcely find Roman Catholic at all. There is one reference in the index, on p. 757, with regard to celibacy requirements in the Latin Rites, and in that instance it is referring to the Western Rites only, not the entire universal Catholic Church, as in my point #3 above.

It seems obvious to me that our self-title of choice is Catholic, even though Roman Catholic has a legitimate use. What I and others object to is the pejorative and falsely-defined use of the latter, and the outright refusal to use our preferred description. The “battle” over words and their meaning, and respectful address is an important one, I think.

This is the first instance, to my knowledge, in which James White has used the term Catholic  by itself! Real progress! Usually it’s Romanists, Roman, or Roman Catholics. If it weren’t for the historically pejorative use of Roman Catholic by Protestants (particularly Anglicans), the term might not be that bad, but knowing the usual derogatory intent behind it, I never use it myself.

Yes, this is the problem I have with it. When it is used without malice or for the sake of clarity, I have no problem with it. However, it is often used as a pejorative (as it originally was) and when it is, I am offended. One can detect the pejorative usage whenever a Protestant refuses to use the word Catholic without the Roman adjective or when they parallel talk about Roman Catholics with talk about Romanists, Romanism, or the Roman Church.

When an anti-Catholic (someone who refuses to acknowledge the Christianity of Catholicism) [decides to] inflexibly use the term Roman whenever the word Catholic appears, to refuse to use just the term Catholic when asked to do so, and to accompany it by terms like Romanism, Romanist, etc., then this term is patently offensive.

This, ironically, can even in some circumstances turn it into a term of pride among those to whom it is applied. This is rather like Irish people sometimes being proud to be called Tague or Paddy (from the names Timothy and Patrick–two Catholic names in Ireland), though these terms are actually ethnic slurs (like the “N”-word) used by Protestants against Irish Catholics (i.e., “They’re all a bunch of Tagues / They’re all a bunch of Paddies”). When an Irishman refers to himself as a Tague or a Paddy as a badge of honor, it is not insulting. When an Englishman refers to an Irishman as a Tague or a Paddy, it is insulting.

And so, it is no surprise when the same kind of thing applies symmetrically to the term Roman Catholic. Sometimes it is a badge of honor, and when Catholics use it, it is not offensive. When it is used even by most Protestants (who do not mean it with ill will), it is not offensive. But when it is used by an anti-Catholic it is offensive, not because of the term itself, but because of the intent of the person using it.

In fact, it may be pointed out, that the very term Christian started out the same way (e.g., “Those loopy Christians–thinking the Christ has already come. Pfft! How stupid can you be! Just look at the state of the nations. There is no way the Christ has come”). But it very quickly was adopted as a badge of honor and in the time became the name of the whole religion (which was previously called variants on the way).

I have no problem with it when it is used non-pejoratively, just as I have no problem with being described as having an anti-abortion position SO LONG AS the person describing me thus is using that non-pejoratively and is also willing to refer to me as “pro-life,” my term of choice. However, when someone refuses to use my term of choice and insists on using another term, a pejorative usage is indicated. This is what [name] has done. I’ve asked him to stop before–or to at least not use the term Roman so mechanically and to sometimes just speak and write about Catholics–and he has consistently refused. 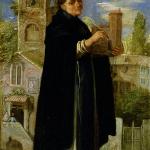 August 5, 2018
"Why Are Catholics So Legalistic and Rationalistic?"
Next Post 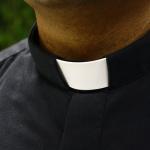 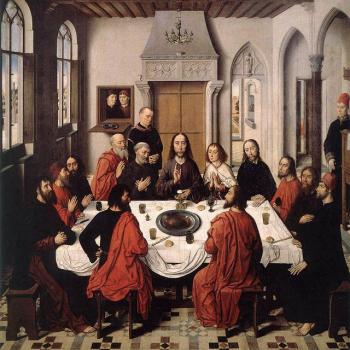