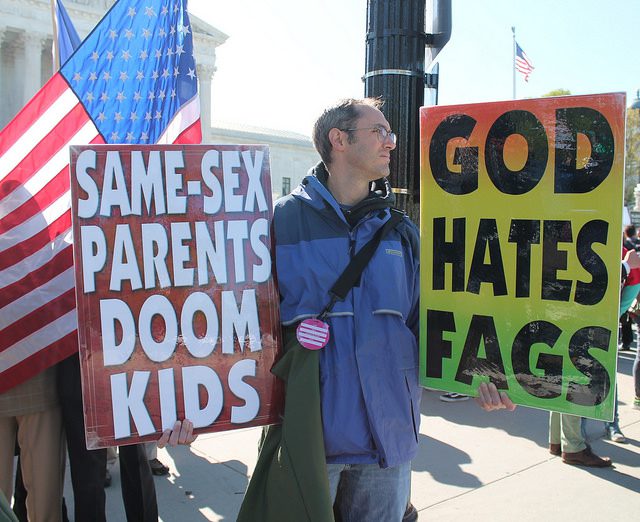 “TinnyWhistler” replied in the combox of my paper, “Dialogue with a Hostile, Anti-Christian Gay Activist”. I counter-responded. His words will be in blue.

It’s interesting that you chalk up anti-religious sentiment to “Oh well, it’s always been there and if people don’t like me it must mean I’m following in Jesus’ footsteps”.

Have you never had an honest conversation with someone who left the faith of their childhood because of hatred they observed or experienced by Christians?

Actually yes: I’ve had many scores of such discussions through the years: many of them posted on my website. I’ve been dialoguing with atheists for 37 years, but especially in the last 21 (online). See those dialogues on my Atheism web page.

Do you really think the two are entirely unrelated? Have you ever attempted to really empathize with someone who thinks differently from you, rather than smugly erecting your defenses and proclaiming them Very Wrong Sinners?

I know the ultimate defense to this question is “People who hurt others aren’t Real Christians because if they were they wouldn’t have hated/hurt people” so I don’t know why I’m even asking. It’s the ultimate way to avoid having to deal with the fact that people use just about every single piece of Christendom to hurt others. You’d rather just wash your hands of it than try to enact any change.

I have no idea what you’re talking about. I condemned bigotry and prejudice and violence against gay people throughout the paper (did you actually read it?). For example:

I do agree, however, that prejudice against homosexuals is a particularly virulent, ugly, and malicious strain of bigotry. On that we would agree.

What I denied was that disagreement with homosexual acts necessarily or always leads to hatred and bigotry against persons. People leave Christianity because of Christian sinners (who aren’t following Christian teaching) all the time. That’s a whole ‘nother discussion (and a good one to have).

The “change” you want me to “enact” is to say that homosexual sex is perfectly moral. That’s what Christians (who actually accept all of the religion) can’t do because it’s against our religion and what we believe God revealed in the Bible (and, I would add, against natural law and healthy practice, which is a non-religious philosophical / medical argument). If we don’t warn people about sin, that is an unloving act; a lack of concern for them; not a loving act.

And that is what you don’t seem to be able to comprehend. To you, for someone to disagree with you IS to hate and be bigoted. That’s the anti-rational mentality that we see everywhere today.

You can be bigoted against Christians (as, in my opinion, you exhibited above) and that’s fine and dandy, while you sit and condemn anti-gay bigotry (where I heartily agree with you). People often can’t see the log in their own eye, as Jesus said.

This is what I was specifically reacting to:

[from the dialogue he was commenting upon] The anti-religious backlash you are seeing in modern society is a result, not of any brainwashing, but of the domineering bigotry and separationism that has been a conservative religious mainstay for hundreds of years.

That is arguable (not to deny that Christians have had many and massive faults). There has always been this prejudice, by human nature. They hated Jesus, too, and killed Him (along with thousands of the early Christian martyrs). Was Jesus a bigot, in your opinion?”

I overstated your response because, at least in my experience, someone responding to the suggestion that maaaaybe people don’t like Christians because the Christians they’ve known have been horrible to them with “Ah, but people have always hated Christians” usually leads to some form of “justification by persecution” (if I can make up an umbrella term) if you spend just a little while poking at that particular bear.

I’m glad that you realize that people sometimes become wary of and yes, even hate Christians because of Christians’ actions. What you seem to be unwilling to consider is the possible scale of that. You seem to assume that the bulk of the backlash is just because “leftists” have swooped in to overtake society (“. The left has captured academia, the media, entertainment, and government (even much of institutional religion), so my side is subject to a never-ending plethora of lies and slander and cynical propaganda.”) but when asked to consider why there are so many people who seem to resonate with a “Christians have been hateful” message, you respond with “do you think Jesus was a bigot?”

Most of your dialogues are dismissive (as are many of your opponents, to be fair) but this line was particularly so.

This merely illustrates my point. I granted the point you blast me about in my reply [in the older dialogue], even before you began your critical remarks (“not to deny that Christians have had many and massive faults”).

Of course I know that people can leave the faith and start hating Christianity because of dumb things Christians do. That’s perfectly obvious and is true of any social group whatever. I added in my last reply that I had many discussions about this: “I’ve had many scores of such discussions through the years: many of them posted on my website. I’ve been dialoguing with atheists for 37 years, but especially in the last 21 (online).”

Both things remain true. One doesn’t have to choose or deny either:

1. Christians who behave badly and believe falsehoods have alienated many thousands of people and turned them away from the faith (for which they will stand accountable to God at the judgment if not before).

2. There is much hatred towards Christianity in the world (biblical koine Greek: kosmos, or “world-system”) and Jesus did say, “you will be hated by all for My Name’s sake.” There is institutional discrimination and persecution (e.g., China, Turkey, Sudan, Iran, Nigeria, many other countries) and individual detestation (hosts of atheist sites rife with anti-Christian prejudice).

I asked you if you thought Jesus was a bigot precisely because He is perfect and lacks the faults that the rest of us Christians (and all of humanity) have. I was trying to get down to brass tacks. You haven’t answered me on that, and instead use it as a rhetorical device to pummel me some more.

Moreover, my original response that you cite was replying to the charge of “domineering bigotry . . . that has been a conservative religious mainstay for hundreds of years.” That is an extreme statement and a prejudiced one to boot. So I reacted to it, while conceding that there are many examples of bad and lousy Christians. I’m a Catholic. We’re certainly dealing with massive sinners in the Catholic Church [sexual abusers and enablers of same] (even among bishops and cardinals) right now.

But I do not agree that being part of an orthodox religious belief-system is identical to being a bigot. If I believed that, I would leave Christianity in a nanosecond. There are sinners and bad examples in any social group. You (along with my original dialogue opponent) appear to believe that being against homosexual sex is identical to “hating those of homosexual orientation.” That is false, and is a lie from the pit of hell. If that is what you expect to convince me of, you’ll be waiting a long time.

I am happy and delighted to talk with you, but I’ll tell you right now (lest there be no misunderstanding): if you hate Christians or Christianity then we will not be talking much: not because I am closed-minded but because in my experience discussions with people who are in bondage to hatred of any sort never go anywhere and are a perfect waste of time.

And if your position is that I “hate” people merely because I disagree with some view they have or their lifestyle, the discussion is over, too, because that’s a lie. I don’t hate anyone, and do my best to love all people, as Jesus commands me.

[after being informed that I had put up this new blog dialogue] Welp, gonna delete the reply I had drafted. I’m not interested in being part of your archive to wave around for blog fodder in 20 years. Toodles!

I see. In other words, you have no interest in dialogue. The stuff was already here in this combox. So why you object to it simply being put into a new blog paper is beyond me. Why comment here at all? But it’s not unexpected; almost was predictable. 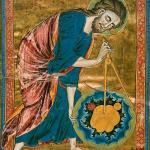 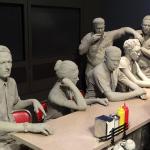 September 26, 2018 History of American Discrimination: from the Lunch Counter
Recent Comments
0 | Leave a Comment
"See the first three links under "Related Reading" at the end for answers to these ..."
Dave Armstrong Did Medieval Catholicism Forbid All Vernacular ..."
"Dave, since I'm sure you have done your homework on this, can you tell me ..."
VicqRuiz Did Medieval Catholicism Forbid All Vernacular ..."
"Brother, are you Jewish?Btw, we do not think that Jews 'will' go to hell or ..."
Prasanth Jews, Judaism, and the Old Testament ..."
"Ooooh! This is a comment that the anti-Catholics will certainly ignore. :-)"
Dave Armstrong “Unigenitus” (1713) vs. Personal Bible Study?
Browse Our Archives
get the latest from
Biblical Evidence for Catholicism
Sign up for our newsletter
POPULAR AT PATHEOS Catholic
1