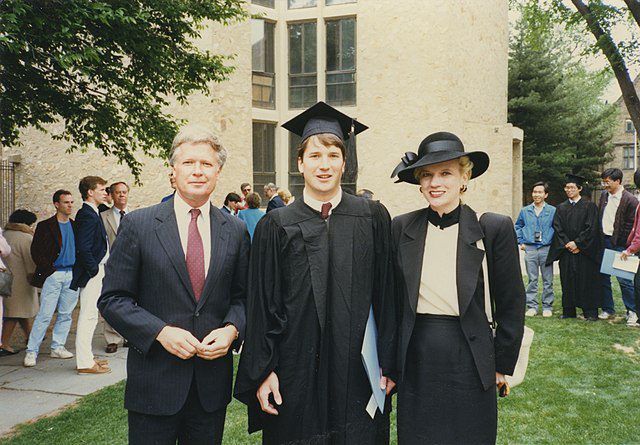 I first gave my thoughts on my Facebook page today after Dr. Christine Blasey Ford’s testimony (or most of it). Then I remarked after Judge Kavanaugh’s testimony and questioning. I am a conservative and a Republican (as is well-known among my readers) and virtually all of the commenters on my page thought she was a liar or on drugs or has mental problems, etc. I don’t think so. I simply think she is mistaken due to severe trauma. I thought at least a few of my fellow conservatives would have the take that I do; but such is the political polarization today. We agree on Kavanaugh, but largely disagree about Dr. Ford (except on whether her accusation about Kavanaugh is correct).

I always thought I had a bit of a judicial temperament. I was actually a paid moderator at the Coming Home Network Internet forums for three years (2007-2010).  That’s a lot like being a judge in many ways. One must learn to be impartial and fair and to hear both sides. I also played the same role in my own Internet discussion forum in the late 90s and to a lesser extent on my blog now.

1. She is sincere and genuine, and a credible witness.

2. She was terrified to appear, as she stated.

3. She has experienced severe trauma, with evident lasting effects.

4. She clearly believes that Judge Kavanaugh and Mark Judge assaulted her.

5. She doesn’t appear politically motivated (not that this means Democrats have not exploited her).

6. I believe most people (of whatever political persuasion) should be sympathetic to her personally, while they may remain skeptical (as I am) of the overall import and implications.

So what does this mean, as to what actually happened? I have no idea. It’s a classic “he said she said” scenario. I’ll be watching Judge Kavanaugh’s testimony very closely, in order to make up my mind, as best I can. This is the rule of law, that I have been talking about all along. It’s too short, but it’s the best we can do in the circumstances, due to the committee Democrats’ relentless stalling tactics.

Politically, it’s a slam dunk so far for the Democrats, because the cross-examination is so weak and legally pedantic and “non-dramatic” (bending over backwards not to be seen as “bullying” her). Politically, it could hardly have been any other way, but as Brit Hume and Chris Wallace pointed out, the consequence is that there is no serious questioning of her story, and it is one-sided so far; hence, a “victory” for the Democrats.

I do believe, however, that in questioning Kavanaugh (where Republican Senators will participate), various defenses of him can be successful, and in effect be some sort of cross-examination. And that will “level the playing field”: at least to some extent.

I agree with Judge Napolitano, that only doing a “Clarence Thomas” righteous indignation display will save Judge Kavanaugh after this (virtually unopposed) testimony. Temperamentally (as a judge and by nature) that is foreign to him and would be very difficult, but if he’s fighting for his reputation (if indeed he is innocent), perhaps this will motivate him enough to rise to the occasion.

If he is believed as credible also, it’ll be a “draw” and the vote could go either way (but I think it slightly favors him). If he clearly does worse in his testimony than Dr. Ford, it’s over.

It may be that the Democrats, flushed with confidence after this “home run” will go overboard in savaging Judge Kavanaugh (we already know how much they despise him simply for being a conservative, even before all this mess), and then he can win in public perception as a victim of unfair hostility (the scoutmaster / choirboy / Jimmy Stewart – Mr. Smith goes to Washington persona), thus causing him to be confirmed after all.

But he needs to show significant believable righteous indignation for that to occur.

I think public opinion will determine the outcome, in either event. And we’ll know very quickly what that is.

May the truth win out, and may justice take place (please God!).

[other short comments of mine, replying to others]:

I’ve interacted with all kinds of people, in my thousand or so dialogues and 37 years of apologetics, and I am a very good judge of character and perceptive about people (partly because of my sociological and psychological education in college). This has been confirmed and verified again and again by the course of events.

She’s credible. Everyone on Fox News (no liberals) agrees with that. But she could be mistaken about his identity, as a result of trauma and how it affects memory (or possibly being under the influence of alcohol: she testified that she had “one beer”).

What we desperately need is corroborating evidence, and some kind of facts and counter-facts that can be objectively examined.

So far we don’t have that, and that favors Kavanaugh.

If she’s lying, she’s an extraordinarily good liar: the best I’ve ever seen (even better than Bill Clinton: who is up there among the best). It’s possible that the trauma has led to her confusing who did it. I certainly think that’s a possibility. I strongly that she was definitely assaulted or underwent some sort of severe trauma, but could still be confusing identity (or in the worst scenario, simply lying about it being Kavanaugh).

It’s possible she is lying through her teeth. My strong impression is that I don’t believe that so far. Perceptions can be wrong, too, and it may be that I’m taken in. I’ll be watching the rest of this very closely.

The Democrats have definitely played dirty, no question. But it doesn’t follow that she necessarily was in on that.

I don’t approach this as a partisan conservative (though I have bias like anyone), but as one trying to look at it like a jury or judge: what are the ascertainable facts? If he did this thing, he should go. If not, he needs to be confirmed.

We won’t know for sure after today. It’ll all be public opinion. That’s just how it is. And it’s sad, whatever happens, because half the country is gonna be madder than hell, and we need more of that like a hole in the head.

[then after the first long break in Judge Kavanaugh’s statement and questioning]:

Dr. Ford hit a home run. Judge Kavanaugh has already hit a grand slam in the 7th game of the World Series, to win the series.

This is a spectacular take-down of Democrat hypocrisy and slimy tactics: even better than Clarence Thomas. He’s showing the perfect blend of indignation and sheer pain and agony that is exactly what one would expect if someone was wronged and treated unjustly and lied about for now many days and weeks. The emotion will ring true with women, and the firmness will particularly appeal to men.

I’m quite confident now that he will be confirmed.

We don’t have to attack Dr. Ford. We can believe him and explain her testimony by the fact that trauma can blur accurate memory. Both can be true, and that is my own firm conclusion. Something terrible happened to her. It wasn’t done by him.

It’s not within a million miles of beyond a reasonable doubt that he committed this outrage, or any of the others claimed.

[this remains my opinion of the entire hearing] 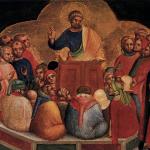 September 26, 2018
Gospel: Defined by the Earliest Christian Preaching
Next Post 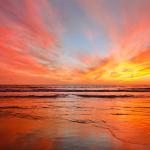