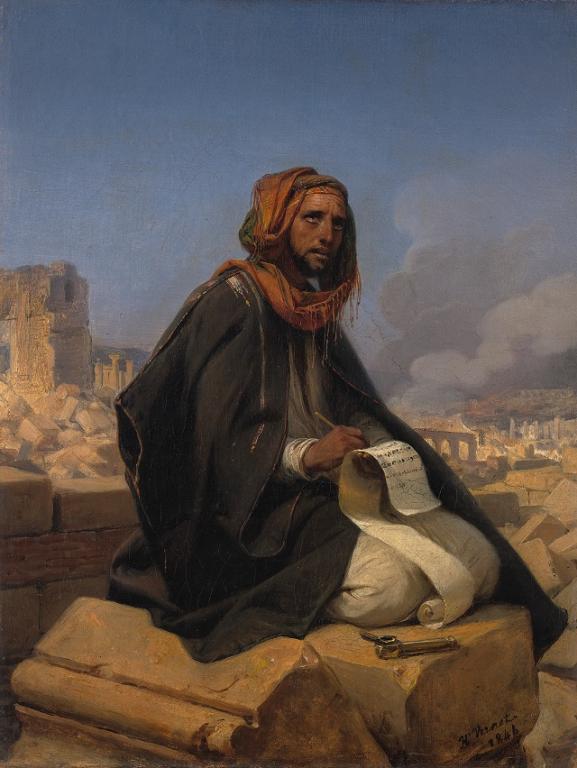 For background, see these writings of mine about respect for political rulers (especially the first one):

King Saul was chosen by God, who told the prophet Samuel to anoint him. Likewise, political rulers (in general) are:

what God has appointed,

God’s servant for your good.

the servant of God to execute his wrath on the wrongdoer.

respect to whom respect is due, honor to whom honor is due.

All that was said about Saul, pretty much, was that he was “God’s anointed.” David honored him after he had rebelled against God; even after he died. We have concrete examples of respect and honor towards rulers, with David and Saul, and Paul and the high priest. In both cases, they didn’t engage in extended blasting and mockery and savaging. They both honored the rulers by shutting up.

Negative descriptions can be found in the Bible about various leaders, such as “stupid,” “wicked,” “foolish,” “worthless,” “rebels and companions of thieves,” “like grasshoppers . . . clouds of locusts,” “having no understanding” etc. These are worth examining, in order to see what is being referred to, and (importantly) by whom.

I found exactly one relevant reference to “stupid” leaders (I will be using RSV throughout):

Jeremiah 10:21 For the shepherds are stupid, and do not inquire of the LORD; therefore they have not prospered, and all their flock is scattered.

The thing is, this is a prophet saying all this stuff, or else God through the words of the prophet (which is usually the case with them). His role from God was to identify and expose the false prophets and compromised, idolatrous priests. I don’t believe that in the old covenant the people en masse were charged to do that: at least not primarily, if so at all. Nor is it usually (if at all) about kings. David honored and respected Saul, and Paul and Peter told us to obey and respect emperors.

Lamentations 4:16  [written by Jeremiah as well] The LORD himself has scattered them, he will regard them no more; no honor was shown to the priests, no favor to the elders.

Deuteronomy 17:12-13 The man who acts presumptuously, by not obeying the priest who stands to minister there before the LORD your God, or the judge, that man shall die; so you shall purge the evil from Israel. [13] And all the people shall hear, and fear, and not act presumptuously again.

1 Maccabees 10:38 As for the three districts that have been added to Judea from the country of Samaria, let them be so annexed to Judea that they are considered to be under one ruler and obey no other authority but the high priest.

The same applied to a prophet:

2 Kings 17:13-14  Yet the LORD warned Israel and Judah by every prophet and every seer, saying, “Turn from your evil ways and keep my commandments and my statutes, in accordance with all the law which I commanded your fathers, and which I sent to you by my servants the prophets.” [14] But they would not listen, but were stubborn, as their fathers had been, who did not believe in the LORD their God.

Jeremiah 7:25-26  From the day that your fathers came out of the land of Egypt to this day, I have persistently sent all my servants the prophets to them, day after day; [26] yet they did not listen to me, or incline their ear, but stiffened their neck. They did worse than their fathers.

Jeremiah 29:19 because they did not heed my words, says the LORD, which I persistently sent to you by my servants the prophets, but you would not listen, says the LORD.’

Jeremiah 37:2 But neither he nor his servants nor the people of the land listened to the words of the LORD which he spoke through Jeremiah the prophet.

Daniel 9:6 we have not listened to thy servants the prophets, who spoke in thy name to our kings, our princes, and our fathers, and to all the people of the land.

Mark 6:4 And Jesus said to them, “A prophet is not without honor, except in his own country, and among his own kin, and in his own house.”

When they were to reject a false prophet, it was because of direct commands from God, generally through a true prophet (Dt 13:1-3; 18:22; Jer 23:16; 27:9, 14, 16; 28:15; 29:8). When a priest or prophet was to be judged, as far as we can tell from the Old Testament, it was usually done through a prophet, directly guided by God and often conveying words right from God Himself. I don’t see the common man doing it. They are commanded to obey and honor.

So we found one example in the Bible where leaders were called “stupid”: from the prophet Jeremiah. Let’s try searching “wicked” now. It appears about 520 times in the Bible. I don’t have time to read all of those. So I searched “wicked” with “rulers”. I got one result:

Psalm 94:20-21 Can wicked rulers be allied with thee, who frame mischief by statute? [21] They band together against the life of the righteous, and condemn the innocent to death.

“Wicked and “king” was more fruitful (by one):

2 Kings 21:11 “Because Manas’seh king of Judah has committed these abominations, and has done things more wicked than all that the Amorites did, who were before him, and has made Judah also to sin with his idols;

2 Chronicles 20:25 After this Jehosh’aphat king of Judah joined with Ahazi’ah king of Israel, who did wickedly.

Even these passages don’t refer to a “wicked king” (that phrase — surprisingly to me — never appears in the RSV), but says that a king “has done things more wicked” or “did wickedly.” We also learn about one wicked high priest, Jason:

2 Maccabees 4:7, 13 When Seleucus died and Antiochus who was called Epiphanes succeeded to the kingdom, Jason the brother of Onias obtained the high priesthood by corruption, . . . [13] There was such an extreme of Hellenization and increase in the adoption of foreign ways because of the surpassing wickedness of Jason, who was ungodly and no high priest,

I don’t see how any of these passages provide any analogy to widespread  fanaticism and hysteria in bashing presidents and other political rulers. It’s simply the Scripture writers referring to wicked kings and one corrupt priest.

I searched “foolish.” That got 75 matches in my search engine. I guess I can go through those and see what is to be found:

1 Samuel 13:13 And Samuel said to Saul, “You have done foolishly; you have not kept the commandment of the LORD your God, which he commanded you; for now the LORD would have established your kingdom over Israel for ever.

Ecclesiastes 4:13 Better is a poor and wise youth than an old and foolish king, who will no longer take advice,

This is proverbial literature, and not about any specific king. In any event, it offers no rationale for mass criticism of kings, which would be contrary to Exodus 22:28. And it was written by King Solomon: an observation about some kings, written by a king.

This is a prophet commenting on Egyptian princes, hence, not even his own rulers.

Ezekiel 13:3 Thus says the Lord GOD, Woe to the foolish prophets who follow their own spirit, and have seen nothing!

That’s it for “foolish.” Five passages . . . I tried to find some relevant connection to “fool” and found this:

This is, again, a true prophet excoriating false prophets.

I found one example of a leader being described as “worthless” (by a prophet):

Isaiah 1:21-23 How the faithful city has become a harlot, she that was full of justice! Righteousness lodged in her, but now murderers. [22] Your silver has become dross, your wine mixed with water. [23] Your princes are rebels and companions of thieves. Every one loves a bribe and runs after gifts. They do not defend the fatherless, and the widow’s cause does not come to them.

This is the only passage I could find with the phrase,”rebels and companions of thieves.” I reiterate: it’s almost always a prophet, or the Scripture writers, who  condemn any leader in such strong language, not the common people. That was part of their duty; not ours. “Grasshoppers and locusts” also appears just once, and again, it is a prophet giving a typical prophetic denunciation of corruption and decadence among leaders, and it’s about the destruction of Nineveh (3:7), not about Israel:

Nahum 3:17-18 Your princes are like grasshoppers, your scribes like clouds of locusts . . . [18] Your shepherds are asleep, O king of Assyria; your nobles slumber.

“No understanding” in this respect also appears once, and it is a prophet denouncing shepherds en masse:

Isaiah 56:11 . . . The shepherds also have no understanding; they have all turned to their own way, each to his own gain, one and all.

Jesus told His disciples to follow the teachings, of the Pharisees (Matthew 23) even when they were hypocrites. He (God) excoriated them, just as the prophets excoriated disobedient shepherds in the Old Testament. He didn’t tell His disciples to do so. And that would have been the great time to do so, when he mentioned that they were hypocrites (the same thing He always went after them for).

I’m not talking about the usual political criticism, that can be seen every night in any political show that has guests of different viewpoints. I am opposing personal attacks, savaging, hatred, bitterness, slander, and showing that the Bible has no place for that, when it is discussing political rulers (even the bad ones) . . . 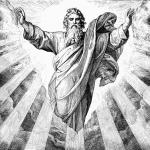 September 6, 2018
God's Judgment of Sin: Analogies for an Atheist Inquirer
Next Post 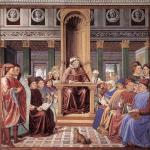