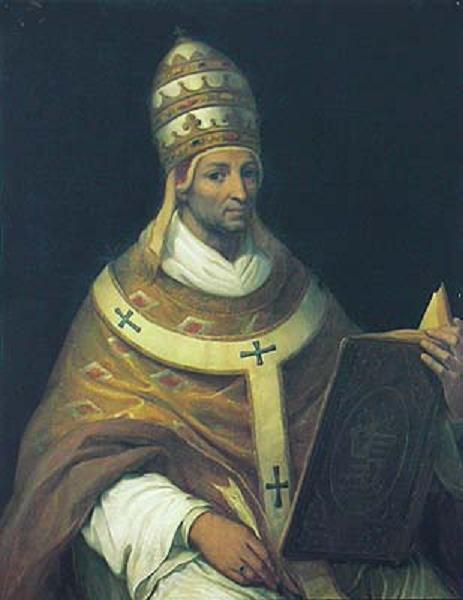 The notion of popes possibly being heretics (and what to do in that eventuality) is nothing new or alarming. For example, John Chapman, a prominent Catholic writer and defender of the papacy, writing in the 1913 Catholic Encyclopedia article “Pope Honorius I” — though he denies that Honorius violated papal infallibility because he did not make an erroneous ex cathedra proclamation –, states outright (my emphasis):

Hefele, with many others before and after him, held that Leo II by the same words explained the sense in which the sentence of Honorius was to be understood. Such a distinction between the pope’s view and the council’s view is not justified by close examination of the facts. At best such a system of defence was exceedingly precarious, for the milder reading of the Latin is just as likely to be original: “but by profane treachery attempted to pollute its purity”. In this form Honorius is certainly not exculpated, yet the pope declares that he did not actually succeed in polluting the immaculate Roman Church. However, in his letter to the Spanish King Erwig, he has: “And with them Honorius, who allowed the unspotted rule of Apostolic tradition, which he received from his predecessors, to be tarnished.” To the Spanish bishops he explains his meaning: “With Honorius, who did not, as became the Apostolic authority, extinguish the flame of heretical teaching in its first beginning, but fostered it by his negligence.” That is, he did not insist on the “two operations”, but agreed with Sergius that the whole matter should be hushed up. Pope Honorius was subsequently included in the lists of heretics anathematized by the Trullan Synod, and by the seventh and eighth ecumenical councils without special remark; also in the oath taken by every new pope from the eighth century to the eleventh in the following words: “Together with Honorius, who added fuel to their wicked assertions” (Liber diurnus, ii, 9). It is clear that no Catholic has the right to defend Pope Honorius. He was a heretic, not in intention, but in fact; and he is to be considered to have been condemned in the sense in which Origen and Theodore of Mopsuestia, who died in Catholic communion, never having resisted the Church, have been condemned. But he was not condemned as a Monothelite, nor was Sergius. And it would be harsh to regard him as a “private heretic”, for he admittedly had excellent intentions.

But that is not all. There are several acknowledgements of this hypothetical scenario both before and after Gratian (12th century):

The pope should not flatter himself about his power, nor should he rashly glory in his honour and high estate, because the less he is judged by man, the more he is judged by God. Still the less can the Roman Pontiff glory, because he can be judged by men, or rather, can be shown to be already judged, if for example he should wither away into heresy, because “he who does not believe is already judged.” (St. John 3:18) In such a case it should be said of him: ‘If salt should lose its savour, it is good for nothing but to be cast out and trampled under foot by men.’ (Sermo 4)

There being an imminent danger for the Faith, prelates must be questioned, even publicly, by their subjects. Thus, St. Paul, who was a subject of St. Peter, questioned him publicly on account of an imminent danger of scandal in a matter of Faith. And, as the Glossa of St. Augustine puts it (Ad Galatas 2.14), ‘St. Peter himself gave the example to those who govern so that if sometimes they stray from the right way, they will not reject a correction as unworthy even if it comes from their subjects. (Summa Theologiae, IIa IIae, Q. 33, A. 4)

It is written: ‘We ought to obey God rather than men.’ Now sometimes the things commanded by a superior are against God. Therefore, superiors are not to be obeyed in all things. (Summa Theologiae, IIa IIae, Q. 104, A. 5)

Although it clearly follows from the circumstances that the Pope can err at times, and command things which must not be done, that we are not to be simply obedient to him in all things, that does not show that he must not be obeyed by all when his commands are good. To know in what cases he is to be obeyed and in what not, it is said in the Acts of the Apostles: ‘One ought to obey God rather than man’; therefore, were the Pope to command anything against Holy Scripture, or the articles of faith, or the truth of the Sacraments, or the commands of the natural or divine law, he ought not to be obeyed, but in such commands, to be passed over.(Summa de Ecclesia)

If by the Roman Church you mean its head or pontiff, it is beyond question that he can err even in matters touching the faith. He does this when he teaches heresy by his own judgement or decretal. In truth, many Roman pontiffs were heretics. The last of them was Pope John XXII († 1334).” (Quaest. in IV Sent.; quoted in Viollet, Papal Infallibility and the Syllabus, 1908).

He would certainly be in sin, and it would be unlawful to allow him to act in such a fashion, and likewise to obey him in matters which are evil; on the contrary, there is a duty to oppose him while administering a courteous rebuke.

Thus, were he to wish to distribute the Church’s wealth, or Peter’s Patrimony among his own relatives; were he to wish to destroy the church or to commit an act of similar magnitude, there would be a duty to prevent him, and likewise an obligation to oppose him and resist him. The reason being that he does not possess power in order to destroy, and thus it follows that if he is so doing it is lawful to oppose him.”

It is clear from the preceding that, if the pope by his commands, orders or by his actions is destroying the church, he may be resisted and the fulfilment of his commands prevented. The right of open resistance to prelates’ abuse of authority stems also from natural law. (Dialogus de Potestate Papae)

It is imperative to resist a pope who is openly destroying the Church. (De Comparata Auctoritate Papae et Concilio)

If the pope gives an order contrary to right customs, he should not be obeyed; if he attempts to do something manifestly opposed to justice and the common good, it will be lawful to resist him; if he attacks by force, by force he can be repelled, with a moderation appropriate to a just defence. (De Fide, Disp. X, Sec. VI, N. 16)

For the Holy Ghost was promised to the successors of Peter not so that they might, by His revelation, make known some new doctrine, but that, by His assistance, they might religiously guard and faithfully expound the revelation or Deposit of Faith transmitted by the Apostles. (Pastor Aeternus, cap. 4)

If a future pope teaches anything contrary to the Catholic Faith, do not follow him. (Letter to Bishop Brizen)

One famous example of a pope being resisted for heresy is the incident regarding Pope John XXII (1249-1334). The Catholic Encyclopedia entry on him reads:

In the last years of John’s pontificate there arose a dogmatic conflict about the Beatific Vision, which was brought on by himself, and which his enemies made use of to discredit him. Before his elevation to the Holy See, he had written a work on this question, in which he stated that the souls of the blessed departed do not see God until after the Last Judgment. After becoming pope, he advanced the same teaching in his sermons. In this he met with strong opposition, many theologians, who adhered to the usual opinion that the blessed departed did see God before the Resurrection of the Body and the Last Judgment, even calling his view heretical. A great commotion was aroused in the University of Paris when the General of the Minorites and a Dominican tried to disseminate there the pope’s view. Pope John wrote to King Philip IV on the matter (November, 1333), and emphasized the fact that, as long as the Holy See had not given a decision, the theologians enjoyed perfect freedom in this matter. In December, 1333, the theologians at Paris, after a consultation on the question, decided in favour of the doctrine that the souls of the blessed departed saw God immediately after death or after their complete purification; at the same time they pointed out that the pope had given no decision on this question but only advanced his personal opinion, and now petitioned the pope to confirm their decision. John appointed a commission at Avignon to study the writings of the Fathers, and to discuss further the disputed question. In a consistory held on 3 January, 1334, the pope explicitly declared that he had never meant to teach aught contrary to Holy Scripture or the rule of faith and in fact had not intended to give any decision whatever. Before his death he withdrew his former opinion, and declared his belief that souls separated from their bodies enjoyed in heaven the Beatific Vision.

Obviously, in light of my own citations produced above, the pope’s power is not absolutely total. I have cited popes and some of the greatest teachers in the Church, including St. Thomas Aquinas, showing that popes could indeed be resisted if they went too far. 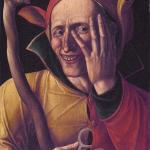 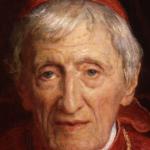