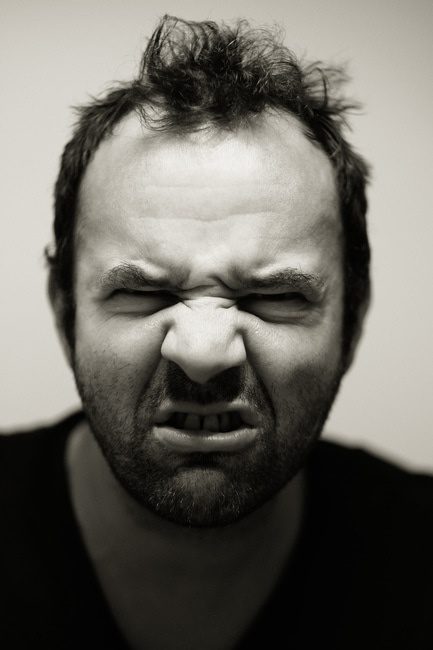 Mark Martinson is a Lutheran (WELS). He showed up on my Facebook page under my link of a talk I gave on the radio (11-9-18) on sola Scriptura, or the Protestant rule of faith. Sola Scriptura entails the denial of papal and Church infallibility. Presumably, that’s why he challenged those doctrines in this particular thread. At first I thought he was a Catholic (perhaps a reactionary one: because they think so much like Protestants). I have edited a bit (the whole thing can be read on Facebook), because Mark wanted to talk about three things at once and I thought two complex topics were quite enough. His words will be in blue.

The church’s change on the death penalty pretty much torpedoed the claim of Church infallibility for me.

No need to. Nothing dogmatic or fundamental has changed. [+ second link with Dr. Robert Fastiggi explaining the issue of the death penalty and Catholics]

It looks like the article came out in 2017 before the change in which the ccc said the dp was “contrary to the gospel” certainly that can’t be reconciled with the council of Trent the Roman catechism and Pius 12.

I find it very unpersuasive in arguing that the church has never defined definitively on the DP. No reasonable person would read the previous statements that way. Does Fastiggi think the ccc version number three is not a definitive statement binding on Catholics?

To the extent that the change is based on changed circumstances then I would have to ask what expertise the Catholic Church has on crime (other than covering it up)?

It’s not “circumstance”: it’s a fuller understanding of the gospel, and the “gospel of life” (Evangelium Vitae). If you are talking about infallibility, something has to be declared infallible in the first place, for it to have supposedly departed from such infallibility. CP wasn’t; therefore, it is no reason for you to reject the infallibility of the Church. I highly suspect that it’s not the only factor in play if your faith in ecclesiastical infallibility is this weak.

Dr. Fastiggi, as the current editor and translator of Denzinger: the premier Catholic source on dogma, and also of the revision of Ludwig Ott’s Fundamentals of Catholic Dogma would be in a position to know (far more than you or I) about the status of various dogmas, doctrines and widely-held Catholic beliefs. I can’t argue the case better than Dr. Fastiggi, so I defer to his two articles above.

Are you a Catholic in good standing now?

According to Fastiggi Pius 12 was wrong about the reasons that the dp May be used. Is Francis less infallible then Pius?

I asked you if you are a Catholic. What is your affiliation?

That’s also irrelevant if Pius XII in that instance wasn’t speaking infallibly. He may have simply been wrong on non-infallible points. You don’t seem to even understand the nature of papal and Church infallibility.

Is Fastiggi more infallible than Pius 12?

Either tell me what your affiliation is, or I will block you as a troll.

Ah, that explains a lot. And you fancy yourself an expert on Catholic internal dogmatic affairs? So how can infallibility be “torpedoed” for you, when, as a Lutheran, you didn’t believe it in the first place? That’s fascinating.
*
No but you are the one who claims the church is infallible.
*
Yes I do, and this argument of yours is no disproof of it at all.

It’s also the case that the current Church opposition to CP is not based on the premise that it is inherently evil (as many including Dr. Ed Feser, have misunderstood). It’s not. It’s on a different basis: the gospel of life.
*
So what is your opinion on the proper dogmatic interpretation of the statement on the Roman catechism the council of Trent and Pius 12 on the DP?
*
I’ve already appealed to Dr. Fastiggi. I’m not a theologian like he is. I’ve written many articles on capital punishment on my Life Issues web page.
*
[I linked four more relevant articles (one / two / three / four)]
*
Dave you said recently that you are “a teacher in the church”. If your children asked you if Hans Balthasar’s teaching is Catholic doctrine as Barron said you’d tell them to call Fastiggi?
*
[I have dealt with the Balthasar / hell / “hoping” thing]
*
I’m an apologist and thus a type of teacher, but I’m not a systematic theologian with special expertise on the status of dogmas and other teachings. Dr. Fastiggi is that. I recognize my limitations. I’m just a lay apologist.

Yes, if someone was asking about fine points of Catholic dogma, I’d refer them to Dr. Fastiggi or someone similar. I try to get them to the expert who knows the most about it.

So if your children asked you if the doctrine of the trinity or male priesthood is infallible and not subject to change you’d tell them to call Prof Fastiggi?
*
If the question is about fine points of infallibility, I would refer them to Fastiggi or someone similar. If it is on the biblical basis of the teachings, I can answer quite sufficiently.
*
And what makes Fastiggi more of an expert than Feser?
*
As regards capital punishment, it’s because he is a systematic theologian, with expertise on dogmatic status of positions, and Feser is merely a philosopher. If we want scientific advice, we go to a scientist. If we want answers on Catholic dogmatic questions, we go to the theologians who have that expertise.
*
Fastiggi did a shuck and jive . . . with the dp.
*
I’ve never seen Dr. Fastiggi (a good personal friend of mine) do a “shuck and jive” on anything. I follow the teachings of Holy Mother Church: as does he. He’s one of the finest and most orthodox Catholics I know.
*
Why does a smart theologian trump a smart philosopher? Hans Kung has degrees in both’ shouldn’t two smart Catholics be able to determine what Catholic teaching is?
*
Your question was about relative levels of expertise. One can make arguments and those can be considered, which is a separate matter.

I’m against capital punishment primarily because the last three popes have expressed this as their position, based on the Gospel of Life. That’s Catholic authority and hierarchy and the expression of the Mind of the Church. It’s not arbitrary reliance on authority.

Why should the most recent three pope be given priority over all the popes before them? How is it not a contradiction for Pius 12 to say that the DP is good because it demonstrates the value of human life when Francis said it is “contrary to the gospel’?

A non-infallible teaching can either develop or even change. It’s no contradiction. I already said I appealed to Fastiggi and the other articles, as regards CP. It’s a complex debate.

So your thing is to try to find internal inconsistencies in Catholic doctrines, so you can deny infallibility, like a good Lutheran, and as Luther did in the 16th century? Is that it? Then you can cling to the massively self-refuting sola Scriptura as your rule of faith? That was actually my own biggest objection to Catholicism, before I converted, as I have written about:

Ecclesiology (the Church), the “Protestant Myth” of Church History, and My Vehement Opposition to Catholic Infallibility (1990)

Please answer my question about your goals in having this discussion.

Dave but you are in no better position and in fact I’d argue worse. You can’t point to any teaching that isn’t subject to change including seemingly unambiguous teachings like what Pius 12 said about the DP.
*
All teachings develop. Development is not essential change. What you refer to is evolution of dogma, which the Church condemns. If a teaching isn’t infallible, of course it can change, by that fact.
*
Will you answer my questions about your motivations to have this discussion or not? You’re being very obnoxious. Still waiting for that reply. I just wanna know why you’re so fired-up about this stuff. It seems to be the same spirit and outlook that I had in 1990 when I was ferociously opposing infallibility, as a good zealous evangelical whose hero was Martin Luther.
*
You seem to enjoy debate so I’m not sure what the problem is.
*
. . . for the sake of honesty and full disclosure, or I will ban you as a troll, since I have to repeatedly ask you simple questions to get any sort of answer.

I’ve now asked you the same question three times and you have ignored it. It’s no big deal (simply full disclosure), but you refuse to answer. Meanwhile, you repeat over and over things I have already written about and provided links for, and also referred you to Dr. Fastiggi.
That’s rude and boorish behavior, and a sort of sophistry, as well as trolling. All are bannable offenses on this page, based on my posted guidelines for discussion.
So you’re outta here. I’ve given you several hours of my time today and you continue to act like a pompous ass: ignoring whatever you want to ignore and going on with your boorish preaching (while I have given some sort of reply to everything you have inquired about).
I have only so much patience. This thread will remain, and a “de-helled” version of it will be posted on my blog shortly, because, as I explained there: “Mark wanted to talk about three things at once and I thought two complex topics were quite enough.”
The topics themselves are fine and fair game (apart from you wanting to talk about too many things at once). It’s your boorish, trolling manner that is the problem.
God bless you.
***
Photo credit: 3-11-17 [PxHere / CCo public domain]
***
Previous Post 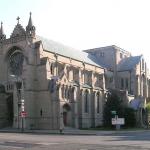 November 9, 2018
Catholic Critique of Anglicanism and the Via Media
Next Post 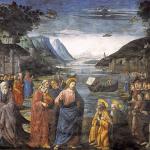