Take Heart: Notre Dame WILL be Rebuilt: Better Than Ever! 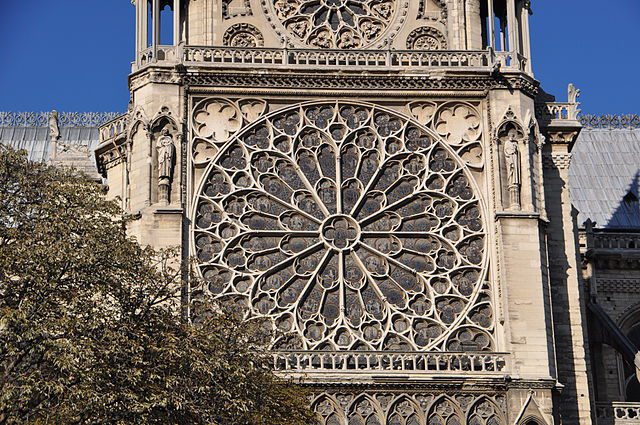 Be of good cheer!

All three rose windows survived. The two iconic towers with their wonderful bells are still standing. Notre Dame can and will be rebuilt. The entire stone frame is still more or less intact. Other cathedrals have been restored: some, with far worse damage (and some even from scratch). The most precious relics were saved, too, by heroic action.

I have collected several articles below about cathedral rebuilding and restoration.

Images appear to show that Notre Dame’s prized rose windows survived the mammoth blaze that engulfed the cathedral on Monday.

The iconic rose windows are among Notre Dame’s most recognizable features. The earliest window, which punctures the west facade of the cathedral, dates back to 1225. The north and south roses were created in 1250 and 1260, respectively. (Notre Dame Miracle? Rose Windows’ Stained Glass Appears to Have Survived Savage Blaze, Katherine Hignett, Newsweek, 4-16-19)

As a devastating fire tore through the revered Gothic cathedral on Monday, toppling its spire, many feared these treasures might be lost forever. . . .
The Paris Fire Brigade tweeted that the cathedral’s stone construction has been “saved,” as have the “main works of art.” As more information emerges, what has been rescued from Notre Dame is becoming apparent. . . .

What Was Saved
*
• The Crown of Thorns, which some believe was placed on the head of Jesus and which the cathedral calls its “most precious and most venerated relic,” was rescued from the fire, according to Paris Mayor Anne Hidalgo.
*
• Hidalgo confirmed the Tunic of Saint Louis and other “major” works were also saved.
*
• The facade and twin bell towers, the tallest structures in Paris until the completion of the Eiffel Tower in the late 19th century, survived the blaze.
*
• The Rose windows are a trio of immense round stained-glass windows over the cathedral’s three main portals that date back to the 13th century. The Archbishop of Paris said all three have been saved, reports CNN affiliate BFM TV.
*
• The original Great Organ, one of the world’s most famous musical instruments, dates back to medieval times. Over the years, organ makers renovated the instrument and added onto it, but it still contained pipes from the Middle Ages before Monday’s fire. . . .
*
“We managed to protect the most precious treasures in a safe place,” a Paris City Hall spokesperson told CNN. (Rose windows of Notre Dame are safe but fate of other treasures is unclear, (Rose windows of Notre Dame are safe but fate of other treasures is unclear, Emanuella Grinberg and Jack Guy, CNN, 4-16-19)

[T]he Church of England has already predicted that Notre Dame – no matter how much it lies in ruin – will stand whole again.

“No matter the destruction, the spirit of what it means to be a cathedral can and does survive such catastrophes,” said Becky Clark, the Church of England’s director of cathedrals and church buildings. “All have been rebuilt, sometimes taking on new forms, to stand as reminders of eternity and resurrection.”

Throughout the centuries, famous churches and other holy places have been laid to waste by war, fire, sabotage, earthquakes and just plain old age. And in the case of many, they were rebuilt to their former – or more contemporary – glory.

Here’s a look at some of the more famous examples of resurrected holy buildings:

1. London’s Old St. Paul’s Cathedral. Built from 1087 to 1314, the legendary structure, sheathed in wooden scaffolding during a renovation, was completely gutted in the Great Fire of London in 1666.

. . . the cathedral was rebuilt with a new design by the noted Sir Christoper Wren and was completed by 1710. Today, the new St. Paul’s stands as one of the most famous and recognizable sights in London. . . .

2. Germany’s Dresden Frauenkirche (Church of Our Lady.) Built in the 18th century, the church was spectacularly destroyed by Allied forces in the bombing of Dresden during World War II. . . .

A massive effort to rebuild the church began in 1994 with the help of modern technology. The rubble was carted off stone by stone. Builders, using thousands of old photographs and recollections of worshippers, finished the work in 2005. . . .

3. Italy’s Benedictine Abbey at Monte Cassino. The abbey, about 80 miles southeast of Rome, was a noted holy place for monks that had endured for over 1,000 years prior to World War II. But in February 1944, Allied bombers dropped about 1,000 tons of explosives on the town. The abbey and its adjoining church were turned to rubble. Among the treasures lost were the elaborately detailed frescoed walls of the building.

How to rebuild a gothic cathedral: The future of Notre Dame (Oscar Holland, CNN, updated 4-16-19)

Notre Dame: how a rebuilt cathedral could be just as wonderful (The Conversation, 4-16-19) 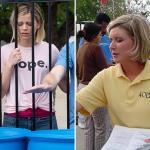 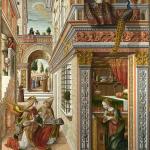 April 16, 2019 Dialogue on the Renaissance: Good or Bad Thing?
Recent Comments
0 | Leave a Comment
Browse Our Archives
Follow Us! 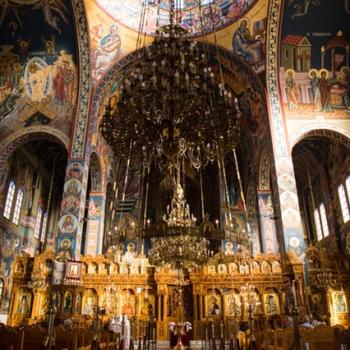