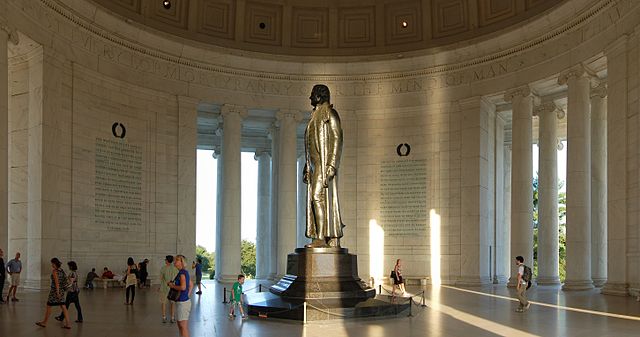 It’s time to take down the Washington Monument and change the name of Washington D. C. (Washington owned slaves), and Washington state, and to raze the Jefferson Memorial (Jefferson owned many slaves). That means we also have to destroy half of Mt. Rushmore, too, and half of the sacred Gettysburg site (the most breathtaking and mystical place I’ve ever visited besides Israel). The Constitution has to go (written mostly by slavemaster James Madison). I just heard that a statue of Lincoln has been defaced. There was vile graffiti on one of the pillars of the Lincoln Memorial in the past week.

And why stop there? Why not get rid of anything associated with anyone who sinned at all?! Just raze every monument to human beings excepting Jesus and Mary, and we can be all self-righteous and self-congratulatory and feel so good about ourselves. All churches have to go because Protestants and Catholics killed each other in the 1500s and 1600s . . .

And of course, the American flag flew over a country of legal slavery for 89 years, and then another hundred years over a country that massacred Native Americans and kept Jim Crow and segregation alive, and butchered many hundreds of thousands of civilians in Dresden, Tokyo, Hiroshima, and Nagasaki. It’s flown 44 years over the holocaust of abortion (way past 50 million murdered by now), and the abominable treatment many immigrant groups (and often, women). Why keep it, then, if we are so concerned about symbols that represent evil things?

Oh; that would be consistent behavior for the fanatics who want to take down all the statues of Confederates. Why do they want to? Because of slavery. We all agree on the evil of that. But that would include Washington and Jefferson, too, right? Yes, it would . . . But I guess we are now far too deep in thought. Heaven forbid we ever consistently think an issue through, and give the slightest consideration to any kind of tradition: civil or moral or religious or otherwise.

I think this latest fad and fashion is motivated (not totally, but in part) by anti-Southern prejudice, which includes within it, anti-conservatism and anti-Christian bigotry. It’s assumed that all the Civil War was about was slavery, and that, therefore, all Southerners who bravely fought and died in the conflict (including a vast majority who did not themselves own slaves) were wicked, evil scoundrels: far inferior to their Northern counterparts (the holy saints of Reconstruction and of Jim Crow for the next 100 years).

The North has such a sterling record of race relations compared to the South. Oops: forgot about the riots that occurred in my city of Detroit 50 years ago last month (and earlier in 1943), and Dr. Martin Luther King’s ugliest encounter of all: in Chicago.

It’s hypocritical and idiotic. I’ve visited the graves of General Lee and of Stonewall Jackson and several Civil War sites. As a lifelong Northerner, I won’t stand by while my Southern friends are caricatured as bigoted racists en masse (or listen to bilge that this is proven simply by the existence of statues of Gen. Lee et al). There have been many racists in the South and the North, assuredly, and we have a scandalous, atrocious past in this regard.

But things are much better than they were 50 (let alone 150) years ago. They would be much better still if the Democrats (and their many RINO useful idiot comrades) didn’t constantly race-bait and lie about conservatives being in bed with the KKK. But that would be truthful, fair, and constructive for the country and race relations, moving forward, and we mustn’t have that, either. That would be too normal and moral and intelligent and hopefully optimistic, after all: too [truly] progressive.

And now, of course, I’ll be branded as a racist, too, by the sort of knee-jerk liberals who couldn’t think their way out of a wet paper bag. They can try that if they like. I’m not threatened by groundless lies from the pit of hell, and I won’t be shut up by those who want to shut down free speech and free thought. If someone makes that conclusion, they don’t know a blasted thing about me or how I’ve lived my life, or what I have taught my children; the civil rights sites we have visited, etc. 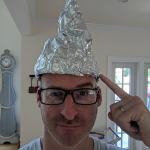 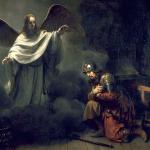