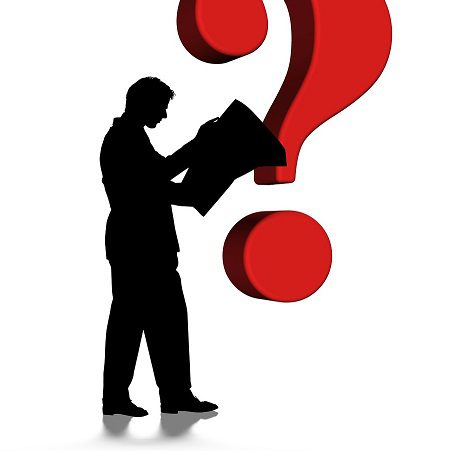 Gaudium et spes (Pastoral Constitution on the Church in the Modern World) was promulgated at the Second Vatican Council, in agreement with Pope St. Paul VI, on 7 December 1965.

After long discussions, the pastoral constitution, Gaudium et Spes, was approved on 7 December 1965, by 2,309 votes in favour and 75 against. Only paragraphs 47 to 52 deal with marriage and the family, far less space than that given to the issue in the original draft. The most surprising aspect of Gaudium et Spes, however, is the lack of any presentation of the traditional order of the ends of marriage, the primary and the secondary. In paragraph 48 it is said that in marriage an “intima communitas vitae et amoris coniugalis” is created between the spouses. The institution of marriage, therefore, is defined without any reference to children and only as an intimate community of conjugal life. Moreover, in the succeeding paragraphs, conjugal love is discussed first (paragraph 49) and procreation second (paragraph 50).

The document avoided reaffirming the hierarchy of the ends of marriage. Like many other texts, it is an ambiguous document because it refuses to define a hierarchy of ends: it thereby leaves open the possibility that doctrine can be inverted. Moreover, logic teaches that two different values cannot be absolutely equal to one another. In case of a conflict, one or other of the equated values is bound to prevail. The majority of Council Fathers voted for the document intending that the primary end of marriage would remain procreation, based on the objective nature of the institution of marriage. The progressive Fathers, on the other hand, understood that equating the two ends meant denying the primacy of procreation. [my added italicized emphases]

This (especially the italicized portions) simply misrepresents and thoroughly distorts the words and meaning of the document. Reactionaries always cry their mantra of “deliberately ambiguous documents” when it comes to Vatican II, yet they come up with downright stupid “exegesis” of the same documents, such as we have in this article, where they ignore obviously relevant portions that would clear up their profound stated “confusion.” The language is quite clear and decisive, and it does not teach what Mattei claims it does.

Far from denying or being unclear about the “hierarchy of the ends of marriage,” Gaudium explicitly states:

By their very nature, the institution of matrimony itself and conjugal love are ordained for the procreation and education of children, and find in them their ultimate crown. Thus a man and a woman, who by their compact of conjugal love “are no longer two, but one flesh” (Matt. 19:ff), render mutual help and service to each other through an intimate union of their persons and of their actions. Through this union they experience the meaning of their oneness and attain to it with growing perfection day by day. As a mutual gift of two persons, this intimate union and the good of the children impose total fidelity on the spouses and argue for an unbreakable oneness between them. (section 48; my italicized and bolded emphases)

Marriage and conjugal love are by their nature ordained toward the begetting and educating of children. Children are really the supreme gift of marriage and contribute very substantially to the welfare of their parents. The God Himself Who said, “it is not good for man to be alone” (Gen. 2:18) and “Who made man from the beginning male and female” (Matt. 19:4), wishing to share with man a certain special participation in His own creative work, blessed male and female, saying: “Increase and multiply” (Gen. 1:28). Hence, while not making the other purposes of matrimony of less account, the true practice of conjugal love, and the whole meaning of the family life which results from it, have this aim: that the couple be ready with stout hearts to cooperate with the love of the Creator and the Savior, Who through them will enlarge and enrich His own family day by day.

Parents should regard as their proper mission the task of transmitting human life and educating those to whom it has been transmitted. They should realize that they are thereby cooperators with the love of God the Creator, and are, so to speak, the interpreters of that love. (section 50; my italicized and bolded emphases)

Thus, trusting in divine Providence and refining the spirit of sacrifice, married Christians glorify the Creator and strive toward fulfillment in Christ when with a generous human and Christian sense of responsibility they acquit themselves of the duty to procreate. Among the couples who fulfil their God-given task in this way, those merit special mention who with a gallant heart and with wise and common deliberation, undertake to bring up suitably even a relatively large family. (section 50; my italicized and bolded emphases)

Hence when there is question of harmonizing conjugal love with the responsible transmission of life, the moral aspects of any procedure does not depend solely on sincere intentions or on an evaluation of motives, but must be determined by objective standards. These, based on the nature of the human person and his acts, preserve the full sense of mutual self-giving and human procreation in the context of true love. Such a goal cannot be achieved unless the virtue of conjugal chastity is sincerely practiced. Relying on these principles, sons of the Church may not undertake methods of birth control which are found blameworthy by the teaching authority of the Church in its unfolding of the divine law. (section 51; my italicized and bolded emphases)

Now, perhaps someone would be so kind as to tell all of us what in the world is so unclear and “ambiguous” about all that? I won’t even bother to comment or elaborate further on these passages: so undeniably clear are they, in reaffirming the absolute primacy of procreation in marriage (as its “very nature”), and precluding sinful methods of birth control (artificial contraception). I have aided the reader in finding the most relevant parts, through my added emphases. That’s sufficient.

Mattei lauds (as he should) Pope St. Paul VI’s magnificent and heroic 1968 encyclical Humanae Vitae in the same article. Lo and behold, Humanae Vitae cited Gaudium (sections 47-52, under present consideration) no less than nine times in its footnotes (out of a relatively few 41 total footnotes; thus, 22% of the time anything was cited as precedent). Here are the footnotes and sections cited:

Gaudium was directly quoted in section 9 (footnote 8; sec. 50 from Gaudium):

Finally, this love is fecund. It is not confined wholly to the loving interchange of husband and wife; it also contrives to go beyond this to bring new life into being. “Marriage and conjugal love are by their nature ordained toward the procreation and education of children. Children are really the supreme gift of marriage and contribute in the highest degree to their parents’ welfare.” (8)

Gaudium et spes was, in fact, cited more times (nine) than even Casti connubii: Pope Pius XI’s 1930 encyclical letter on contraception, that was the direct “papal precedent” to Humanae Vitae. It was cited six times (in footnotes 1, 4, 12, 14-16). It is also interesting to note that “Procreation” occurs just twice in Casti connubii: a long encyclical with 130 sections (in sections 17 and 18), whereas Gaudium mentions it  four times in three sections (48, 50 [2], and 51). The two documents contain almost identical ideas and concepts in their statements on the topic:

1930: “[T]his is also expressed succinctly in the Code of Canon Law – ‘The primary end of marriage is the procreation and the education of children.’ ” (17)

“[T]he conjugal act is destined primarily by nature for the begetting of children,  . . . (54)

1965: “By their very nature, the institution of matrimony itself and conjugal love are ordained for the procreation and education of children . . .” (48)

“Marriage and conjugal love are by their nature ordained toward the begetting and educating of children.” (50)

Where is the huge difference between these two encyclicals? I see none. It’s not orthodoxy in 1930 vs. modernism in 1965. It’s orthodoxy and moral / matrimonial traditionalism in both cases, expressed in very similar ways. The 1930 encyclical even discusses purposes (plural) of marriage besides procreation (just as Gaudium and Humanae Vitae do):

This mutual molding of husband and wife, this determined effort to perfect each other, can in a very real sense, as the Roman Catechism teaches, be said to be the chief reason and purpose of matrimony, provided matrimony be looked at not in the restricted sense as instituted for the proper conception and education. (24: complete)

This sacredness of marriage which is intimately connected with religion and all that is holy, arises from the divine origin we have just mentioned, from its purpose which is the begetting and education of children for God, and the binding of man and wife to God through Christian love and mutual support; . . . (80)

Lastly, Mattei noted that “Gaudium et Spes, was approved on 7 December 1965, by 2,309 votes in favour and 75 against.” By my math, that’s about 3% of all the bishops, who opposed the document as written. Are we to believe that 97% of 2,384 bishops in 1965 were flaming modernists and dissidents and heterodox theological liberals, opposed to Catholic tradition?

If reactionaries (like good ol’ Taylor Marshall) are so sure that Vatican II was the result of a modernist conspiracy, this is what we have to believe: either 97% of the bishops (with regard to this document) were liberals, or else they were so stupid, naive, and clueless that they didn’t know that the document they passed, — that they thought was perfectly orthodox –, was actually [wink wink nod nod] “ambiguous” and modernist and anti-traditional: the successful result of a nefarious conspiracy.

The sheer fathomless cluelessness of such a ridiculous point of view (utterly ignoring the repeated language of the document itself, and very similar past precedents) is a true marvel to behold, in addition to the infinitely more edifying and faith-affirming glory of the Holy Spirit bringing forth (as in all ecumenical councils) these magnificent and orthodox documents from oh-so-flawed (indeed, sometimes downright misguided or even wicked) bishops. 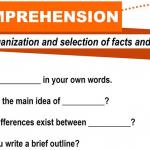 June 19, 2019 Reactionary Louie Verrecchio's Three Lies About Vatican II
Recent Comments
0 | Leave a Comment
Browse Our Archives
get the latest from
Biblical Evidence for Catholicism
Sign up for our newsletter
POPULAR AT PATHEOS Catholic
1

To Deny Joe Biden Communion is...
Femina Ferox
Books by This Author Books by Dave Armstrong