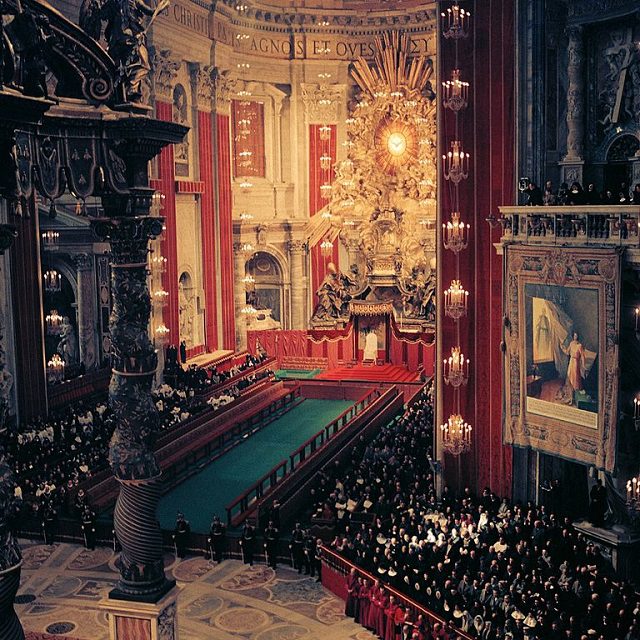 I’ve been asking the following (in public, on public threads) to three or four people: all of whom deny that Taylor Marshall is “against” Vatican II. Out of charity, I won’t name them. Thus far, no answers (this has become standard modus operandi among Taylor Marshall fans, and he himself: either ignore any critical opinion of his reactionary views, mock, or both). If anyone actually attempts a cogent, rational reply, readers may be assured that I will post it here, and reply further. Words of Taylor Marshall will be in blue.

What does denying Vatican II look like if it is not what Taylor has said about it?:

[From 27:26 to 28:26]: He’s going to the 60s, and we’re thinkin’, “well, you know, Ratzinger, you were kind of involved in this big meeting in the 60s, that, uh, revolutionized the Catholic Church liturgically, philosophically, morally, and theologically” . . . moral theology was based entirely on the Bible [in Vatican II]? That was not Vatican II! [big smirk and condescending tone]. It was all consequentialism!”

(from his video, “Pope Benedict XVI Speaks: I am no longer directly responsible” (4-12-19). It’s a discussion of Pope Benedict XVI’s recent essay, “The Church and the scandal of sexual abuse”)

So somehow Taylor Marshall [and his fans] want me to believe that he is not against Vatican II, when he believes it is a moral and theological revolution against traditional Church teaching? How is it possible to revolt against Church teaching and doctrine and to not be a bad thing at the same time (Catholicism = good / revolt against it = bad, right?)?

Perhaps you can explain that to me. In his book he states:

Devout Catholics often defend Vatican II by saying that it was “hijacked,” and that is certainly the case, but the question is when, and by whom. As will become clear, Pope John XXIII, and his favorites, Bugnini, Bea, and Montini [Pope St. Paul VI], had already set the optimistic new order, or novus ordo, agenda.

He called Pope St. Paul VI [in the book, in addition to insinuating that he was a practicing sodomite] a “radical cardinal.”

He also stated these things in the book:

The liturgical, theological, and philosophical changes of Vatican II . . . were detrimental to the laity.

. . . the modernizing and liberalizing tendencies in doctrine, politics, and liturgy of Vatican II.

The engineers of Vatican II were Karl Rahner, Edward Schillebeeckx, Hans Küng, Henri de Lubac, and Yves Congar. All five men were held under suspicion of Modernism under Pius XII. Karl Rahner, S.J. had a greater influence than any other on the theology Vatican II — so much so that one might say that Vatican II is simply Rahnerianism.

It’s not rocket science to understand all this. It’s not difficult at all (I submit). He clearly is contending:

1) Vatican II is essentially modernism and a revolution in Church teaching.

2) Modernism is a heresy and a bad thing.

It’s an inexorable conclusion and a simple matter of logic, if English words have any meaning at all. But he wants to play the game and say,in effect, “oh, I’m not against Vatican II.”

So, if you would, please explain to me how I have interpreted statements like the above completely incorrectly: how they are actually pro-Vatican II and a ringing endorsement of the Council rather than a condemnation of it? 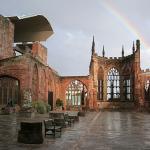 June 5, 2019
Have I Claimed that Taylor Marshall is Literally an Anglican?
Next Post 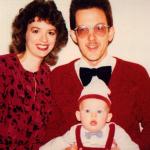