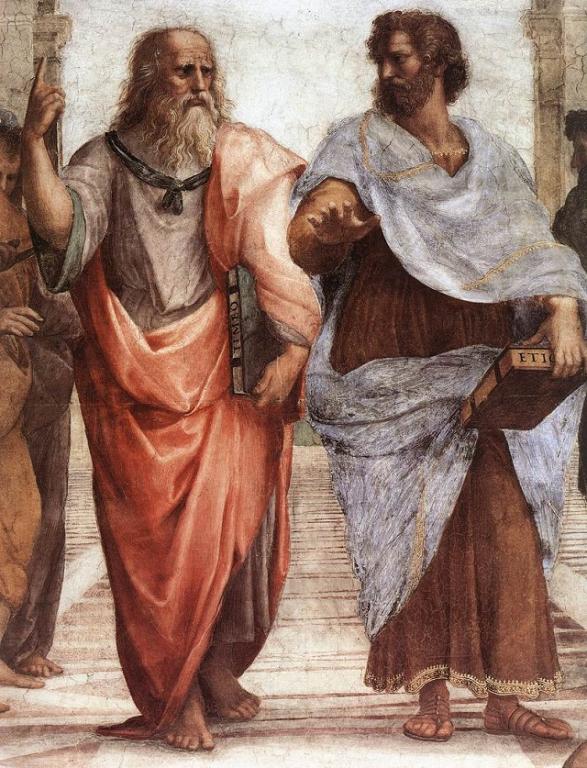 As for the “utility (or lack thereof) of debates” question, here are a few observations:

1) I never assume that I will have any likelihood of persuading my debate opponent (in the rare event that I do, though, then it can be a pleasant surprise).

2) Debates are almost entirely for the benefit of those observing who are on the fence, or those who are open-minded enough to be persuaded of a different position, and sensible enough to be willing to change their views if these are shown to be false or seriously deficient.

3) A secondary positive effect of such debates is to increase the confidence of a person who holds the position being defended, since they see the support for same.

4) Moreover, a good defense of a position has a pedagogical function; i.e., it helps to teach others how to go about defending a position.

5) Generally speaking, I feel very strongly that one very fruitful avenue for seeking and finding truth is dialogue and interaction with other opinions. It sharpens the mind by challenging it, and thus allows for further and deeper understanding, and this is always a good thing. On my blog sidebar I have posted this gem of a thought by John Milton: “Where there is much desire to learn, there of necessity will be much arguing, much writing, many opinions; for opinion in good men is but knowledge in the making.”

6) Dialogue and even debates are presented as good things in Scripture. Note that Jesus often engaged in dialogues with the Pharisees, though as God, He knew beforehand that they would be unsuccessful. But He also knew that many of these discussions would be recorded for posterity in Scripture (see #4 above). The Apostle Paul is often described as “arguing” and “reasoning” with Jews and Greeks alike. The Greek word from which we derive “dialogue” (dialegomai) is even used.

7) Those who truly seek truth are always willing to engage other points of view, because they recognize the factors I mentioned in #5.

9) In dialoguing and debating or just plain sharing our faith, we are never fully aware of the seeds that are planted. There may be one little thing that “stuck” at the time. We are utterly unaware, but it has in fact caused the beginning of doubt or confusion that may turn into, by God’s grace, a conversion journey, or a radically changed life, in some way. Truth has its own inherent power. It has a power that falsehood doesn’t possess, because truth is from God (and we know who the “father of lies” is). Something we say or do may be the initial “human” cause for a change of direction.

10) God is always the ultimate cause of any good thing. We’re merely His vessels. It is the Holy Spirit’s job to cause someone to change or convert or repent or experience personal spiritual revival. Our job is to share what we know, in a charitable, amiable fashion. If it can’t be done in a cordial, good-natured spirit, then we shouldn’t do it at all, because that turns folks off faster than anything. We can’t hope to spread Good News and a joyful message without exhibiting at least a modicum of joyfulness and “spiritual confidence” (with humility) ourselves.

11) Debating and dialoguing, rightly understood, are not mere quarrels. The goal ought to be the seeking of truth, for both parties, not to embarrass, humiliate, belittle, or conquer the other. If we persuade the other of some truth previously unrecognized, they should be happy and thankful for the opportunity, rather than resentful that they “lost.” And we should rejoice with them in a “non-triumphant” fashion and not engage in juvenile “I told you so” behavior and vibes.

Likewise, if we are convinced of something new, we should be grateful, etc., rather than feel inferior because our old opinion “lost.” We ought to rejoice at the discarding of any falsehood, because it was from the devil in the first place.

12) Sometimes with close friends and family, there is an unspoken agreement or understanding not to discuss things that have always caused friction in the past. There is a time to agree to disagree, and to rejoice in what is held in common. I’m a professional apologist myself, but I have long recognized that doing what I do in my own family (that is, the one I grew up in) just does not work.

It’s downright “counter-productive”. I can pray and hopefully be a good example, but to share serious spiritual and theological things has to come from someone else. That may not be true in every family, but I think it is very often (and especially if one is the “baby” of the family: a wonderful “blessing” that is true in my case).

13) There definitely is such a thing as a vain discussion and one to be avoided, after prudential consideration. It is up to us to discern when a discussion has crossed that line, and can serve little useful purpose (at least as far as we can tell). St. Paul writes quite a bit about this (RSV):

1 Timothy 1:4, 6 . . . nor to occupy themselves with myths and endless genealogies which promote speculations rather than the divine training that is in faith . . . vain discussion . . .

2 Timothy 2:14 . . . avoid disputing about words which does no good, but only ruins the hearers.

Titus 3:9-11 But avoid stupid controversies, genealogies, dissensions, and quarrels over the law, for they are unprofitable and futile. As for a man who is factious, after admonishing him once or twice, have nothing more to do with him, knowing that such a person is perverted and sinful; he is self-condemned.

Romans 16:17 Mark them which cause divisions and offences contrary to the doctrine ye have learned; and avoid them.

1 Timothy 6:3-5 If anyone teaches otherwise and does not agree with the sound words of our Lord Jesus Christ and the teaching which accords with godliness, he is puffed up with conceit, he knows nothing; he has a morbid craving for controversy and for disputes about words, which produce envy, dissension, slander, base suspicions, and wrangling among men who are depraved in mind and bereft of the truth, imagining that godliness is a means of gain.

Photo credit: The great Greek philosophers Plato and Aristotle, from The School of Athens (1509) by Raphael (1483-1520) [public domain / Wikimedia Commons] 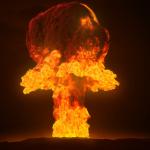 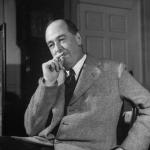 July 29, 2019 Contraception: Chesterton, C. S. Lewis, & Teddy Roosevelt
Recent Comments
0 | Leave a Comment
"Typo corrected. Thanks again!Maybe one blessed day we will stop hearing, "Why doesn't Pope Francis ..."
Dave Armstrong Pope Francis DID Answer the Dubia ..."
"Thanks, Bob. I have included your comment in an additional related article:Pope Francis DID Answer ..."
Dave Armstrong How Dare Pope Francis Defend the ..."
"Dear Dave,Thank you very much for this article. I should mention that there was a ..."
Robert Fastiggi Pope Francis DID Answer the Dubia ..."
"Dear Dave, Thank you very much for this article and your previous one pointing out ..."
Robert Fastiggi How Dare Pope Francis Defend the ..."
Browse Our Archives
get the latest updates from
Biblical Evidence for Catholicism
and the Patheos
Catholic
Channel
POPULAR AT PATHEOS Catholic
1