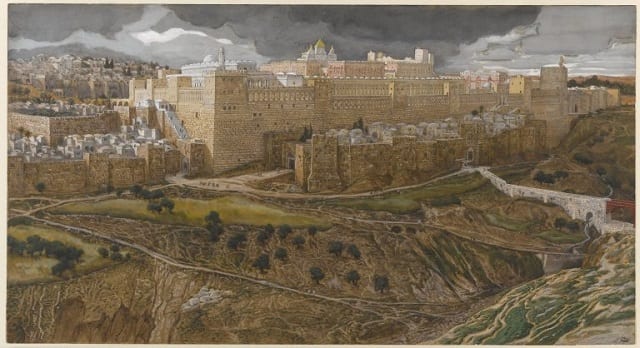 An atheist asked: “How can killing an animal cancel human sin? Why would a good God set up such a scheme?”

First of all, I’ll dispose of the implication (“good God”) that it’s intrinsically wrong to kill an animal from the outset. I’m unaware of a vegetarian entrance requirement among atheists, so as not to “murder” animals and commit the sin of eating a Big Mac or a Whopper. Until that happens, I’ll take a pass on dealing with the attempted swipe at God, from one such atheist (and from any non-vegetarian). After all, conditions in almost all slaughterhouses or other preparatory facilities for animals who are to be killed for human food, are infinitely worse than the instant killings of the Old Testament sacrificial system.

But to get back to theology: It’s not that animal blood has intrinsic magical or curative properties. It’s simply the symbolism that God ordained: to show human beings the seriousness of sin (which brought about the killing of innocent animals — there is nothing more ‘innocent” than a lamb — in order to atone). The writer of Hebrews expressly denied that the old covenant system of animal sacrifice actually took away sins:

Hebrews 10:1-4, 11 For since the law has but a shadow of the good things to come instead of the true form of these realities, it can never, by the same sacrifices which are continually offered year after year, make perfect those who draw near. [2] Otherwise, would they not have ceased to be offered? If the worshipers had once been cleansed, they would no longer have any consciousness of sin. [3] But in these sacrifices there is a reminder of sin year after year. [4] For it is impossible that the blood of bulls and goats should take away sins. . . . [11] And every priest stands daily at his service, offering repeatedly the same sacrifices, which can never take away sins.

Even in the Old Testament, there are many indications that the sacrificial system was to be abolished, and was never the most important thing: righteousness and obedience to God’s commands were that:

Amos 5:12, 14, 21-24 For I know how many are your transgressions, and how great are your sins — you who afflict the righteous, who take a bribe, and turn aside the needy in the gate. . . . [14] Seek good, and not evil, that you may live; and so the LORD, the God of hosts, will be with you, as you have said . . . [21] I hate, I despise your feasts, and I take no delight in your solemn assemblies. [22] Even though you offer me your burnt offerings and cereal offerings, I will not accept them, and the peace offerings of your fatted beasts I will not look upon. [23] Take away from me the noise of your songs; to the melody of your harps I will not listen. [24] But let justice roll down like waters, and righteousness like an ever-flowing stream.

Jesus reflected these thoughts in the New Testament:

He was citing the Hebrew Bible:

Hosea 6:6 For I desire steadfast love and not sacrifice, the knowledge of God, rather than burnt offerings.

In other words, if and when the Israelites were rebellious against God and His laws and wicked, their sacrifices (far from being “magic”) meant absolutely nothing to God, and accomplished nothing. This is a constant motif in the Old Testament. The law, including these animal sacrifices, was never intended from the beginning to save men. Grace and faith in God; Jesus’ redemption accomplished that. Hence, Paul writes:

Galatians 3:10-12, 19, 21-26 For all who rely on works of the law are under a curse; for it is written, “Cursed be every one who does not abide by all things written in the book of the law, and do them.” [11] Now it is evident that no man is justified before God by the law; for “He who through faith is righteous shall live”; [12] but the law does not rest on faith, for “He who does them shall live by them.” . . . [19] Why then the law? It was added because of transgressions, . . . [21] Is the law then against the promises of God? Certainly not; for if a law had been given which could make alive, then righteousness would indeed be by the law. [22] But the scripture consigned all things to sin, that what was promised to faith in Jesus Christ might be given to those who believe. [23] Now before faith came, we were confined under the law, kept under restraint until faith should be revealed. [24] So that the law was our custodian until Christ came, that we might be justified by faith. [25] But now that faith has come, we are no longer under a custodian; [26] for in Christ Jesus you are all sons of God, through faith. 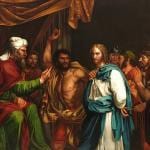 August 17, 2019
Why Jesus Was So Unpopular (Parallel with Socrates)
Next Post 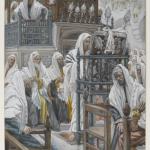 August 18, 2019 David Madison vs. the Gospel of Mark #6: Chapters 5-6
Recent Comments
0 | Leave a Comment
Browse Our Archives
get the latest from
Biblical Evidence for Catholicism
Sign up for our newsletter
POPULAR AT PATHEOS Catholic
1