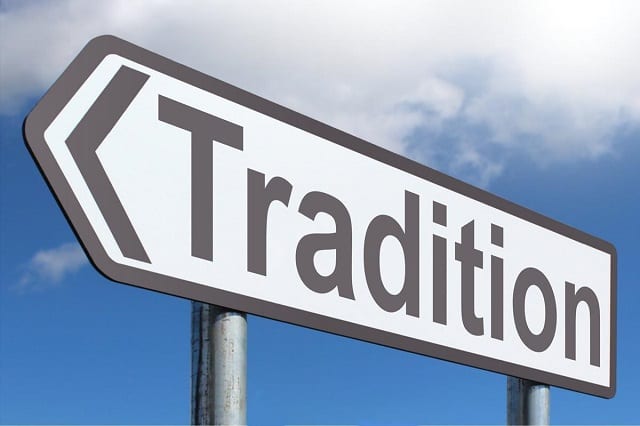 “Radical Catholic Reactionary” is an objective, sociological-type term that I coined myself after much interaction on these issues and much thought and reflection. The initial impulse and main intention was to differentiate more extreme views from what I call “legitimate traditionalism.” Such clear and definite differences do exist, and they are important enough to justify a term being used to describe the worldview.

The previous terms were usually “radtrad” or “ultra-traditionalist.” Traditionalists consistently (and with some justification) complained that these terms implied that they themselves were also included in the category / group. That’s not necessarily the case at all, but I understand their concern. Taking their complaint seriously, I sought to come up with a term that didn’t have “traditionalist” within it, and this was what I came up with.

Of course, anyone who is (in my categories) a reactionary will not like being categorized as one, because the word has an inherently negative connotation (along the lines of “becoming defensive”). Yet it accurately 1) defines their view and 2) differentiates them from mainstream traditionalists.

The reactionary simply considers himself an orthodox Catholic who abides by all the tradition that a Catholic is bound to observe. Thus, they define anyone who dares to disagree with them as “liberal / modernist / heterodox / dissident.” But it’s not true. I’m just as orthodox as any reactionary. I would say, more so.

It’s not “traditional Catholic” to trash and pillory and spread misinformation about the Holy Father on a regular basis.

It’s not “traditional Catholic” to reject an ecumenical council, or play games with its teaching; playing arbitrary pick-and-choose (as if good Catholics ever did such a thing).

It’s not “traditional Catholic” to reject a form of the Mass that the Church has endorsed. The Church allows both traditionalists and reactionaries to worship as they please at an extraordinary form Mass. But that’s not good enough. The reactionaries have to bash others who prefer the ordinary form: look down their noses on it and those who worship that way, as if we are second-class Catholics and they are the enlightened elite.

Pope Benedict made this very clear: that the two are the same rite, but that’s not good enough for reactionaries. They will (and do) trash and reject him, too, if he doesn’t abide by their novel and quasi-schismatic notions.

Nor is it “traditional Catholic” to reject the ecumenism reiterated and developed at Vatican II and increasingly since Pope Leo XIII in particular: essential elements of which go back to St. Thomas Aquinas, St. Augustine and Holy Scripture itself.

These are the reasons why we must refer to these folks by something other than “traditionalist”: lest that group of orthodox Catholics be besmirched. As I said, it was their own complaint that led me to coin a new term. It was an act of charity to acknowledge heartfelt complaints of a fair-sized group of fellow Catholics.

April 1, 2020
Malcolm Muggeridge & His Conversion to Catholicism
Next Post

April 4, 2020 Reply to Unfair Criticisms of Trump Re Coronavirus
Recent Comments
0 | Leave a Comment
"Dave, the Orthodox are not on Luther's side, but ours.(Though they do hate 'philosophy')https://en.wikipedia.org/wi..."
Prasanth Eucharistic Real Presence: Luther’s Magnificent Defense
"Thanks much!"
Dave Armstrong Abraham & Hebron: Archaeology Backs Up ..."
"Latin mass followers of today are of the youth generation, young families. Most followers reject ..."
david Traditionalist Fr. Chad Ripperger Critiques Traditionalism
"As a fellow Catholic, I respect and agree with Fr R's instruction on 'The Crisis ..."
david Traditionalist Fr. Chad Ripperger Critiques Traditionalism
Browse Our Archives
get the latest from
Biblical Evidence for Catholicism
Sign up for our newsletter
POPULAR AT PATHEOS Catholic
1