Tackling the Objection that my Articles are “Too Long” 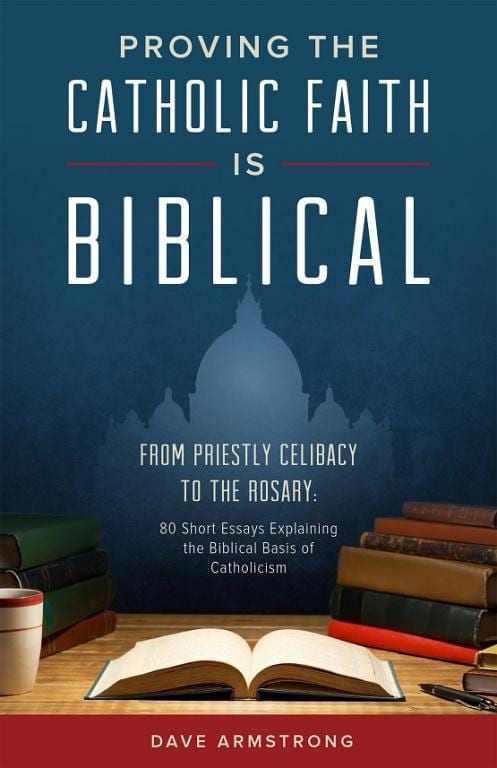 [originally posted on Facebook on 6-9-19; expanded on 5-1-20]
***
The following criticism was taken from the equal parts ridiculous and entertaining comments under my now-censored Amazon review of Taylor Marshall’s book, Infiltration. . . This is one of my favorite attacks, which has been recycled through the years when people run out of (or are incapable of) rational replies (e.g., anti-Catholic Baptist James White used this innumerable times):

Johnny Curedents: I really don’t think we have to worry that this Armstrong fellow will dissuade many from reading T. Marshall’s book. Like most apologists for the disastrous handling of Church matters the last several decades, Armstrong is prolix almost beyond belief. Just as he has misjudged the reasons for the near collapse of Catholicism in the West, so he has misjudged the nature of the Internet. He has missed totally the notion that brevity is a virtue in electronic communications. Ignore him as most other readers will once they get a look at his book-length review here.

Just this past week [i.e., in late April 2020] I defriended someone on Facebook because he was engaging in public gossip about a good friend of mine. He shot back that my articles are “too long.” Good riddance . . .
*
What this guy Johnny, above, misses, of course (like many who make this dumb criticism) is that, for many years now, I have actually specialized in providing short answers and articles and book chapters about Catholic apologetics. The evidence is all around, for all to see:

1) My regular articles for National Catholic Register (four per month) are all 1000 words (which is usually about two-and-a-half pages). Articles for former writing gigs, Michigan Catholic and Seton Magazine, were also either 700, 800, or 1000 words.

2) My book, Proving the Catholic Faith is Biblical (2015) consists of 80 chapters: all 700-1000 words.
3) My bestselling book, The One-Minute Apologist (2007) consists of 61 chapters: all two-pages in length and in a standard, Summa-like format.
4) My bestselling New Catholic Answer Bible (2002) contains 44 of my apologetics inserts: all one page in length.
5) My book, Revelation: 1001 Bible Answers to Theological Questions (2013) is just as it sounds: every “answer” is a Bible passage. You can’t get much more “short answer” than that!

6) My book, 100 Biblical Arguments Against Sola Scriptura (2012) devotes a short chapter to each argument. Since the book is only 134 pages, this means that the average length of each chapter / argument is 1.34 pages.

Additionally, I have literally hundreds of short articles linked on my blog: especially the hundreds from Facebook. Yes, there are (assuredly) not a few long ones, too, but that doesn’t wipe out the others. I am seeking to meet the needs of all kinds of people. Some require, long, detailed treatments of topics, to possibly ever be persuaded. Others respond much better to brief, short expositions. As St. Paul stated, “I have become all things to all men.” That’s my methodology. He is my evangelistic model.
The trend in my writing — especially since 2007 — has been shorter and shorter treatment. But I do a lot of dialogues, too, so including all my opponents’ words make them considerably longer. Such is the nature of substantive dialogue. But if folks don;t like those, they can simply stick to the majority of my articles, which are short.
Lastly, it is beyond ridiculous for a Taylor Marshall fan to complain that a negative review of the book on Amazon is too lengthy, seeing that there are now 1,056 reviews (the book has been out for all of 17 days): a mere 18 of which are critical. So I am supposed to be ashamed of the fact that I took the opportunity to write a fairly lengthy review, knowing that it would be in a tiny, tiny minority, to start with? My reply to that is: “if you don’t care for my critical review, go read some of the 1,038 reviews that are positive!”
*
My Amazon review that this nitwit above described as a “book-length review” was exactly 3014 words, or, roughly, seven-and-a-half pages in a conventional book. That’s what he absurdly thinks is “book-length.” Even as an obvious exaggeration, the description just doesn’t work. It’s like “comparing” a glass of water to the liquid volume of a tub full of water. But, bottom line: this guy, like virtually all the other wide-eyed Taylor Marshall fans, is unable to mount a rational counter-argument, and so he descends to stupid, laughable stuff like “Armstrong is prolix almost beyond belief” and “He has missed totally the notion that brevity is a virtue.”
Nice try.
*
Others mock the mere fact that I am prolific (I write a lot; i.e., numbers of articles and books [50], and fast). I don’t see how that is a criticism at all, but for some reason they do. If anyone can explain that to me, please do so. It seems to me that the only thing that one can criticize in someone’s writing is its content: not simply the fact that someone produces a lot of material. It could be good or bad, but attacking all of it on the basis that it is a large collection, is stupid and meaningless: as desperate and pathetic as it gets.
*
***
*
Facebook friend Mark Otte wrote over there:

“His articles are too long, so he’s incorrect” would be a non-sequitur.

But “His articles are too long, and this limits his readership and influence” is not a non-sequitur. It’s a perfectly reasonable inference.

I’m a fan of yours, but I am nevertheless frequently deterred from reading entire articles of yours because of their length. Brevity is the soul of wit, and it is even more necessary on the internet than in print.

Then don’t read the long ones. As I explained [above], I have tons of short ones if that is your cup of tea. A little something for everyone . . . I have 201 1000-page articles collected in one place (my NCR articles). Whatever floats your boat . . .

There is no reason to not ever do long articles, though, because there are folks who want to get into that amount of depth, and they need to be reached, too. If I did only long articles, then I would be defeating my purpose to a great extent. But since that isn’t true, I’m not. I offer different kinds of readers at different educational and spiritual levels, what is best for them.

Brevity is not the soul of serious, in-depth theology. It’s okay for beginners, like the Pauline “milk” — but for advanced students, more is required. And I am at least partially dealing with both advanced students of Catholicism and advanced skeptics of Christianity in general. These folks will not learn or be persuaded by brief summary treatments.

It’s also why I have never done Twitter, except to link to articles. That is the other extreme: everything reduced to soundbites. It’s impossible to do serious analysis that way. I don’t have to give into that because it’s fashionable. I’ve always been a nonconformist. I want to challenge and encourage people to think more and more deeply, and not less, and only in a shallow way (as Twitter does, in my opinion).
*
***
Previous Post 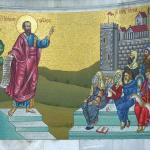 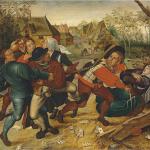