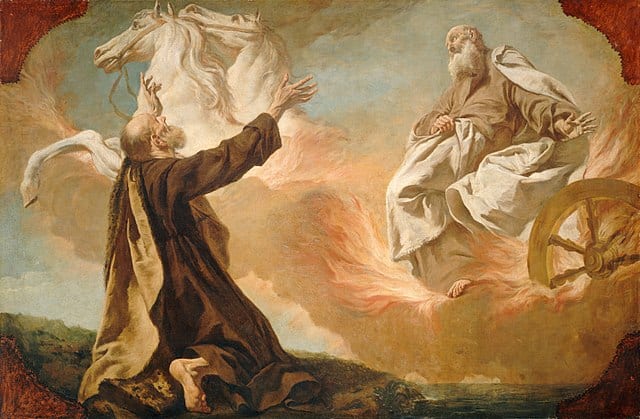 Anti-Catholic Protestant apologist Jason Engwer, in his article, “Desperate To Justify Prayers To The Dead” (6-3-10), mocked usage of these passages as indications of the invocation of saints:

The practice of praying to the dead was brought up in a thread at Beggars All, and I linked to a post I wrote on the subject. Lvka responded:

Some bystanders were attempting to explain what Jesus said, and they were mistaken. How does it follow that scripture is supporting prayer to the dead by recording what some mistaken bystanders said? Scripture also records accusations that Jesus was a sinner and was empowered by Satan.

The Bible covers thousands of years of history and a wide variety of contexts within that history. There are hundreds of passages on prayer. What should we think when people who believe in praying to the dead resort to passages like  to try to justify the practice?

In my article, “4 Biblical Proofs for Prayers to Saints and for the Dead” (National Catholic Register, 11-1-19), I presented a brief version of this argument:

The “bystanders” at Jesus’ crucifixion provide another similar instance. They assumed that He could ask (pray to) the prophet Elijah to save Him from the agony of the cross (Mt 27:46-50). They’re presented as allies of Jesus (not enemies), since one of them gave Him a drink (Mt 27:48). Matthew 27:49 shows that this type of petition was commonly believed at the time.

Jason may think this is a “desperate” and utterly insignificant, inconsequential argument, but there is a lot more to it than first meets the eye. In fact, it was a well-known Old Testament tradition that the prophet Elijah would come back in some sense:

Malachi 4:5-6 “Behold, I will send you Eli’jah the prophet before the great and terrible day of the LORD comes. [6] And he will turn the hearts of fathers to their children and the hearts of children to their fathers, lest I come and smite the land with a curse.”

This tradition was reinforced in the deuterocanonical book of Sirach:

The New Bible Dictionary, (ed. J. D. Douglas, Grand Rapids, Michigan: Eerdmans, 1962) a Protestant work, comments that this theme “is a popular one in the Jewish Mishna (see Talmud and Midrash) and was a common topic of discussion during the ministry of Jesus (Mk 8:28)” (“Elijah,” p. 364).

Evidence of this existing tradition of Elijah’s return is found in the New Testament:

Matthew 16:13-14 Now when Jesus came into the district of Caesare’a Philip’pi, he asked his disciples, “Who do men say that the Son of man is?”[14] And they said, “Some say John the Baptist, others say Eli’jah, and others Jeremiah or one of the prophets.”

Mark 6:13-15 And they cast out many demons, and anointed with oil many that were sick and healed them. [14] King Herod heard of it; for Jesus’ name had become known. Some said, “John the baptizer has been raised from the dead; that is why these powers are at work in him.” [15] But others said, “It is Eli’jah.” And others said, “It is a prophet, like one of the prophets of old.”

Mark 8:27-28 And Jesus went on with his disciples, to the villages of Caesare’a Philip’pi; and on the way he asked his disciples, “Who do men say that I am?”[28] And they told him, “John the Baptist; and others say, Eli’jah; and others one of the prophets.”

Luke 9:7-8 Now Herod the tetrarch heard of all that was done, and he was perplexed, because it was said by some that John had been raised from the dead, [8] by some that Eli’jah had appeared, and by others that one of the old prophets had risen.

Luke 9:18-19 Now it happened that as he was praying alone the disciples were with him; and he asked them, “Who do the people say that I am?” [19] And they answered, “John the Baptist; but others say, Eli’jah; and others, that one of the old prophets has risen.”

Jesus taught that the Old Testament prediction of Elijah’s return was fulfilled in John the Baptist: of whom Elijah was a prototype (these being common in Scripture):

Matthew 11:7-14 As they went away, Jesus began to speak to the crowds concerning John: “What did you go out into the wilderness to behold? A reed shaken by the wind? [8] Why then did you go out? To see a man clothed in soft raiment? Behold, those who wear soft raiment are in kings’ houses. [9] Why then did you go out? To see a prophet? Yes, I tell you, and more than a prophet. [10] This is he of whom it is written, `Behold, I send my messenger before thy face, who shall prepare thy way before thee.’ [11] Truly, I say to you, among those born of women there has risen no one greater than John the Baptist; yet he who is least in the kingdom of heaven is greater than he. [12] From the days of John the Baptist until now the kingdom of heaven has suffered violence, and men of violence take it by force. [13] For all the prophets and the law prophesied until John; [14] and if you are willing to accept it, he is Eli’jah who is to come.

Mark 9:11-13 And they asked him, “Why do the scribes say that first Eli’jah must come?” [12] And he said to them, “Eli’jah does come first to restore all things; and how is it written of the Son of man, that he should suffer many things and be treated with contempt? [13] But I tell you that Eli’jah has come, and they did to him whatever they pleased, as it is written of him.” (cf. Mt 17:10-12)

Luke 1:13, 16-17 But the angel said to him, “Do not be afraid, Zechari’ah, for your prayer is heard, and your wife Elizabeth will bear you a son, and you shall call his name John. . . . [16] And he will turn many of the sons of Israel to the Lord their God, [17] and he will go before him in the spirit and power of Eli’jah, to turn the hearts of the fathers to the children, and the disobedient to the wisdom of the just, to make ready for the Lord a people prepared.”

Moreover, the idea of a pre-messianic appearance by Elijah on the earth is also reinforced by his actual appearance, along with Moses, at the Transfiguration of Jesus:

Matthew 17:2-3 And he was transfigured before them, and his face shone like the sun, and his garments became white as light. [3] And behold, there appeared to them Moses and Eli’jah, talking with him. (cf. Mk 9:4)

Luke 9:30-31 And behold, two men talked with him, Moses and Eli’jah, [31] who appeared in glory and spoke of his departure, which he was to accomplish at Jerusalem.

And some (perhaps many?) biblical commentators think that Elijah was one of the “Two Witnesses” of Revelation 11:3, who came back to earth.

Therefore, we observe an established tradition of Elijah returning to earth to prepare the world for the Messiah. It was plain to see in the Old Testament, in the canon and deuterocanon, was mentioned also in inter-testamental apocalyptic literature (1 Enoch), and made it into the Jewish Talmud, showing that it was a part of oral tradition as well. It’s mentioned several times in the New Testament, and is interpreted by both the angel Gabriel and Jesus as referring to John the Baptist, of whom Elijah was a prototype.

The bottom line for our argument regarding invocation of saints, then, is that it is perfectly understandable that the “bystanders” at the crucifixion misunderstood Jesus on the cross as calling out to Elijah, for this purpose. It would have been very difficult for Him to talk, and they may have been a ways away. Tradition holds that the Blessed Virgin Mary and St. John, whom we know were at the cross, were some distance away (30-40 feet). I stood on the spot when I visited Jerusalem in 2014. These other people heard Jesus say (in actuality) “Eli” or “Eloi” and mistook it for “Elijah” (“Eliyahu” or “Eliya” in Hebrew).

But there may be an even simpler explanation. Don Fernando on the Quora website, regarding this issue, wrote:

Eloi, Eloi, Lama sabakthani. These words are Aramaic, but remember the people hearing Jesus thought He was calling Elijah. If Jesus was calling Elijah He would have said, ‘Eli, Eli.’ Eli in Hebrew can mean either ‘My God’ or a form of Eliyahu, Hebrew for Elijah. However, the Aramaic Eloi can only mean ‘My God.’ Mark’s has Eloi, Eloi, Lama sabakthank. Matthew does record ‘Eli, Eli’.

We know they were mistaken, and that Jesus was in fact referring to God, not Elijah. But it doesn’t affect the present argument. What is relevant to note is the fact that they casually assumed that he could call on (in effect, “pray to”) a human being rather than God. That is the argument. It isn’t that they were simply dumbbells, as Jason would have it, and that this has no significance whatever. The known tradition held:

1) that Elijah would return,

2) that there was such a thing as evoking dead saints.

These people probably hadn’t heard Jesus’ interpretation of John the Baptist as Messiah, so they thought that He (of Whom it was known by then that He claimed to be the Messiah) was invoking / calling upon Elijah, as a fulfillment of the prophecy tying Elijah to the Messiah. They were simply applying the Old Testament tradition of Elijah returning, reiterated several times in the New Testament. And in so doing they assumed the ability of human beings to invoke dead saints (as a tenet of existing Judaism).

And this is an argument for the Catholic and Orthodox notions of invocation of the saints. It’s not the best one, or anywhere near compelling in and of itself (I want to make it clear how much I claim for it), but it is a valid and interesting argument and one (in my humble opinion) more than worthy of serious consideration, rather than immediate dismissal, as Jason has done. 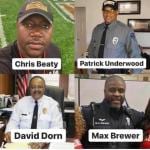 June 10, 2020 James White's Obsession: Trashing Apologist Steve Ray
Recent Comments
0 | Leave a Comment
Browse Our Archives
get the latest from
Biblical Evidence for Catholicism
Sign up for our newsletter
POPULAR AT PATHEOS Catholic
1