I thought it would be informative to see how my analysis from July 16th is holding up, two months later. I gave 15 reasons why I thought President Trump would be re-elected. Is there continuing evidence that supports them, and is it greater or lesser corroboration than in July?

Trump will point to a rising stock market warning that Biden will tack hard left, pressured by a socialist base — though it is unclear if that will work on a former elected official most voters have known for decades to be a centrist. Perhaps Trump’s strongest asset is his incumbency.

[Stonehill College Dean Peter] Ubertaccio says, “It’s still difficult to beat an incumbent president, it hasn’t been done since 1992 and in that year there was a significant third-party candidate.”

Why does President Trump continue to get higher marks on economic issues in polls than his predecessors Barack Obama, George W. Bush and George H.W. Bush enjoyed when they stood for re-election?

Mr. Trump’s relative strength on the economy, and whether Joseph R. Biden Jr. can cut into it over the next 10 weeks, are among the crucial dynamics in battleground states in the Midwest and the Sun Belt that are expected to decide the election. . . .

[P]olling data and interviews with voters and political analysts suggest that a confluence of factors is raising Mr. Trump’s standing on the economy issue, . . .

[W]hile some polls this summer showed the candidates deadlocked on the question of who would best handle the economy, Mr. Trump led Mr. Biden on handling the economy in an NBC News/Wall Street Journal poll released this week. A Reuters poll had the men tied. (“Why Trump’s Approval Ratings on the Economy Remain Durable,” Jim Tankersley, The New York Times, 8-24-20)

The mainstream media seizes every opportunity to point out how important President Donald Trump’s temperament, in their opinion, hurts our standing in world affairs. So I’m curious why they haven’t bothered to question former vice president Joe Biden’s mental health status.

Two recent polls (Rasmussen and Zogby) both illustrate that a large percentage of likely voters, including 20% of Democrats, feel Mr. Biden is suffering from early stages of dementia.

You would think these polls would be noteworthy especially since Mr. Biden will be older, upon winning the election, than President Ronald Reagan was when he left office. Most people recognize how quickly after leaving office President Reagan slipped into dementia.

The former vice president is legendary for his continuous gaffs and rambling, leaving many to feel these are early signs of his slipping cognitive ability. (“Voters need to ask tough questions about Joe Biden’s mental health | Letter to the editor”, Mark Mullen, Bradenton Herald, 7-20-20)

CNN’s Don Lemon warned Democrats of electoral consequences if they fail to address the “blind spot” that’s prevented them from condemning the rioting that plagues the country nightly.

“I think Democrats are ignoring this problem, are hoping that it will go away. And it’s not going to go away,” Lemon remarked to fellow CNN host Chris Cuomo on Tuesday night. . . .

Democrats were silent on the stark rise in violent crime across American cities during their four-day convention last week, with Chicago mayor Lori Lightfoot failing to mention the rampant looting that happened in her city earlier this month.

A recent Pew survey on the top issues in the 2020 election showed that 59 percent of voters consider dealing with violent crime “very important” to their vote — only three points less important than the coronavirus pandemic.

Lemon also condemned calls for defunding the police, saying that the “fringes” of the party still vocally calling for it was “starting to turn people off.”

It also marks a stark turn from Lemon’s own commentary on the issue, . . .

And in June, after wide swaths of New York City were looted, Cuomo used his show to empathize with the rioters. (“‘It’s Showing Up in the Polling’: CNN Hosts Worry Dems Will Face Electoral Consequences If They Don’t Address Rioting”, Tobias Hoonhout, National Review, 8-26-20)

5) The Anti-Police / Defund the Police Movement

As activists around the country enter their second month of protesting police brutality, a new survey finds that their messaging around defunding local precincts has fallen flat with the vast majority of Americans.

Just a quarter of Americans say spending on policing in their area should be decreased, and only about half of those say it should be decreased a lot. The numbers come as budget battles are being fought in major cities like New York, San Francisco, and Los Angeles around the robust funding of police forces. . . .

In general, Americans still view police positively. Nearly 60% of Americans say police around the country do an excellent or good job of protecting people from crime, down just slightly from 62% in 2016. (“The vast majority of Americans don’t want to defund the police”, Nicole Goodkind, Fortune, 7-9-20)

Former FBI attorney Kevin Clinesmith intends to plead guilty to falsifying a document to justify surveillance of a former Trump campaign adviser as part of the 2016 investigation into Russian interference in the presidential election, according toseveraloutlets.

His plea is the first criminal case brought by U.S. Attorney John Durham, whom Attorney General William Barr appointed to lead the investigation into the origins of the Russia investigation.

Clinesmith is accused of altering an email that said Trump campaign adviser Carter Page was not a source for the CIA, even though Page had had a relationship with the agency. . . .

Nearly a quarter of voters who back Trump say they support him moderately (23%). . . .

Support for Biden is more tepid; 43% of registered voters who say they would vote for Biden if the presidential election were held today say they moderately support him. (Pew Research Center, election poll, 8-13-20)

A new poll shows that most people in the United States oppose removing statues of Confederate generals, siding with President Trump on an issue over which he has been repeatedly slapped down.

In a survey of 1,006 adults by the Washington Post and ABC News, conducted July 12-15, 52% of respondents said statues that honor Confederate generals should not be removed from public spaces. More than two-thirds, 68%, said the same of statues of slave-owning U.S. presidents. (“Public sides with Trump on removing Confederate statues: Poll”, Katherine Doyle, Washington Examiner, 7-21-20)

This appears — according to polling — to now favor the [broadly] Democrat position of kneeling during the National Anthem at sports events, etc. However (and a huge “however), it strongly turns off a significant portion of the American public, and if enough of those blame the democrats for these trends, it could adversely affect Biden’s chances. Elections are always about the 20% of the voters who are “mushy middle” or independents or swing voters or undecided, etc.

58% of U.S. adults say late-term abortion after five months of pregnancy should not be legal. [Source: Reuters / Ipsos, May 2019]

Biden’s position is support for abortion during all nine months, and even in favor of killing a child who survives abortion. Not that these sorts of things ever seem to matter to Democrat proclaimed “pro-life” voters, but on the other hand, it may cause some to vote for Trump and his vigorous pro-life platform. Many pro-lifers, long active in the movement, have called Trump the “most pro-life President” ever.

Twenty-four percent of registered black voters in the Aug. 22-25 survey, which included the first two days of the convention, said they approve of the job Trump is doing as president, while 76 percent said they disapprove.

That is up 9 points from the previous survey conducted Aug. 8-11, where the President received 15 percent support among this group.

The survey found support among Hispanic voters also grew by 2 percentage points, from 30 percent in the last poll to 32 percent in this most recent survey. (“Poll: Trump approval rises among black, hispanic voters amid convention”, Gabriela Schulte, The Hill, 8-28-20)

Over half (56%) of Americans think that cancel culture — defined as a form of boycott in which an individual (usually a celebrity) who has said something that offends some people is called out and shunned — in the United States is a very big (28%) or somewhat big (28%) problem, according to a July 2020 survey from Yahoo News and YouGov. (“What Americans have to say about cancel culture”, Jamie Ballard, YouGov, 8-26-20)

[M]ost [Pennsylvania] voters (57%) believe there are a number of so-called secret voters in their communities who support Trump but won’t tell anyone about it. Less than half that number (27%) believe there are secret voters for Biden. The suspicion that a secret Trump vote exists is slightly higher in swing counties (62%) and Clinton counties (61%) than in Trump counties (51%). The belief in a secret Biden vote is somewhat more prevalent in Trump counties (32%) than Clinton counties (23%) and swing counties (23%).

“The media consistently reports that Biden is in the lead, but voters remember what happened in 2016. The specter of a secret Trump vote looms large in 2020,” said [Patrick] Murray [director of the independent Monmouth University Polling Institute]. (“Pennsylvania: Biden Leads But Many Anticipate Secret Trump Vote”, Monmouth University, 7-15-20)

Let’s look closer at the CNN poll. The poll was commissioned by CNN but was conducted by SSRS, “an independent research company.” It wasn’t actually Don Lemon and Jim Acosta on the street corner asking passersby who they favored in the 2020 presidential election.

The poll sample is important. Oversampling Democrats will skew the results in favor of the Democrat candidate. In this poll, 34 percent identified as Democrat while only 26 percent described themselves as Republican, an eight-point difference. Imagine the results if those percentages were flipped.

They also surveyed registered, not likely, voters. Given that only slightly more than half of eligible voters actually voted in the 2016 presidential election, this too is not a representative sample.

The CNN poll, with their Democrat oversampling, showed voters nationally backing Biden over Trump by 51 to 46 percent, a five-point difference, less than the eight-point difference in party affiliation. (“Polling Data the Media Doesn’t Want You to See”, Brian C. Joondeph, Rasmussen Reports, 5-18-20)

This issue seems to be trending in favor of the Democrat position of more “openness” to immigrants who originally cross the border illegally.

This issue appears to support more so Biden’s view than Trump’s as well. 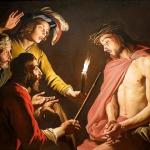 September 13, 2020
Seidensticker Folly #56: Many Jesuses in the New Testament?
Next Post 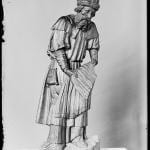