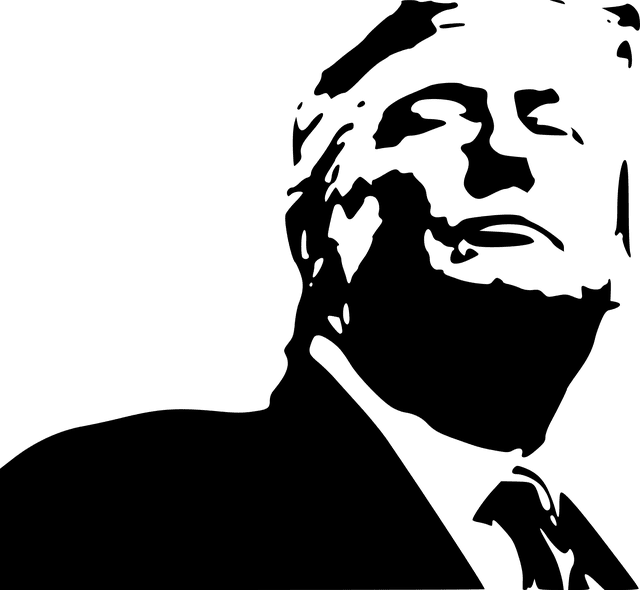 One of the big criticisms of Trump from the left and Never Trumpers and other critics not in either category is that he is so brash and arrogant, full of himself, etc. People who say this (by the millions) find him extremely offensive and off-putting.
*
I have no problem conceding that these are undeniable aspects of his personality, though I think the degree of sinfulness involved is debatable and greatly exaggerated by these critics. It’s not as if no other President or politicians has exhibited such traits: as if Trump is a singularly unique specimen.
*
But please join me in a thought-experiment for a moment, if you would. Think of the accusations and charges that Trump has had to endure on a daily basis for four years now. He’s supposedly a white supremacist, an anti-Semite, one who hates all immigrants and Mexicans and Muslims and women; one who supposedly mocks disabled people, who cares nothing for the poor and downtrodden; a treasonous agent of the Russian government; one who even (so we have recently been told, in the latest whopper, with all anonymous sources) hates the military and disrespects the war dead.
*
As just one representative example of the typical rhetoric, look at what Catholic writer Mark Shea has written about Trump (all taken from his blog, with recorded dates) throughout the three years of the endless Mueller investigation (all of which — it was concluded — had no basis whatsoever):

a guy who wants to invite Russian espionage against the US for the sake of personal power. (7-27-16)

When the Intel community is now treating him like a Russian mole, . . . it is reason to start talking about Treason. (2-13-17)
*
it was the President’s job, up till 1/20/17, to protect the US from treasonous crooks like Trump. (3-4-17)
*
[title] Traitor shares highly classified intel with Russia (5-16-17)
*
blabbed and bragged away extremely sensitive intel to Russian spies in an act so irresponsible that were he anybody but Donald Trump he would be instantly fired for incompetence or hanged for treason according to ex-intelligence officials. (5-18-17)
*
I propose voting for the party that will impeach and remove the most dangerous man we have ever placed in the White House–a party that, for all its faults, has not committed treason by handing intelligence to Russian spies in the very Oval Office, has not turned a blind eye to Russian meddling in our elections, and has not obstructed justice in investigating that. (2-23-18)
*
Trump stood right next to Putin and heard him confess with his own lips that he directed the Russian state to meddle in our elections. (7-18-18)

Shea seems to have shut up about Trump and Russia after July 2018: having finally regained his wits and realized (some folks are slow learners) what we all know now: that there was no collusion whatsoever between Trump and Russia. The Mueller investigation found exactly zero evidence of that. The crimes Manafort committed had absolutely nothing to do with collusion or Trump.
*
Just think of all the wasted energy and zeal that could have been channeled into something else like, I don’t know, maybe apologetics? And consider all of this misdirected hatred that could have been directed towards, um, Satan, the devil, rather than our President: whom Scripture invariably commands us to honor?
*
Without arguing those points now (and I have at length), these things are all absolute lies and falsehoods. Now, for those who agree — or at least partially agree — that they are falsehoods, think of what it would be like on a personal level to endure this constant attack. Could a person without a rather robust self-confidence be able to do so? I don’t think so: not along with continuing to accomplish so many things, as he has. “Walk a mile in a man’s shoes . . .”
*
One could note that saints were persecuted and they endured it without succumbing to these character defects. That’s true, but no one is claiming that Trump is a saint or that virtually any politicians come close to that exalted estate.
*
I would say that at this point in time, he is the one who is in the forefront of the battle against radical destructive, anti-traditional, anti-Christian, childkilling secularism. Whatever his character, that’s the position he is in, and millions of us who see the true nature of secularism support him for the sake of the cause for tradition.
*
Does that, therefore,  make him “God’s man of the hour” or one “divinely appointed”? I don’t think that necessarily follows at all; nor do I think we can easily proclaim someone to be that. It’s known only to God. My own opinion is that it’s much more likely that God in His providence uses President Trump to accomplish many of His purposes (such as the pro-life cause), just as He used Cyrus to rebuild the temple and even Nebuchadnezzar in some ways, and how He used the sinners Moses, David, Matthew, Peter, and Paul to advance His purposes.
*
Could another man or woman have withstood the overwhelming, horrific onslaught of deliberate lies and attacks that he has endured? It’s hard to think of anyone who could. Envision, for example, a pious traditional Catholic like Sen. Rick Santorum in his position (had he won a presidential election). I think he would do much good in the office, but withstand all this avalanche of personal attacks and sheer mockery? No; not likely. I suspect that it would be the same for a virtuous, pious Protestant like, say, Mike Huckabee. How about Mike Pence (good solid evangelical that he is)? Maybe. He may have learned how to do it by now, having stood alongside Trump, and maybe he will if he gets elected in 2024.
*
But whoever could do it is mere speculation. We know that President Trump has withstood the attacks, and it is heroic and praiseworthy, whatever other real faults that man has (and he has many, as even his most avid supporters usually readily admit). President George W. Bush (whom I loved, and saw in person twice) was of this gentle nature, but we see what they did to him. By the end of his second term his approval rating was in the low 30s and he was a laughingstock.

That happened because of his deliberate decision not to fight back against the Democratic Lie Machine directed against him (as against all Republicans). So he kept his character intact, but he was utterly neutralized and neutered as an effective politician for pretty much his entire second term. Romney and McCain? Don’t even get me started with those two. Neither possessed the temperament to fight the forces of secularism; they were so used to compromising and being wishy-washy, they couldn’t imagine being champions for tradition: not against this sort of relentless, ruthless opposition.

Ronald Reagan comes closest to the “humble warrior” or suchlike who stood strong and still got good things done. Do you think the accusations of senility and loss of cognitive ability are new with Biden? It was all done to Reagan in the 80s. But then I would say that he was in office from 32-40 years ago, and a generation of increasingly radical and vehement secularism has proceeded since his time. Reagan used to meet Speaker of the House and Democrat Tip O’Neill for breakfast every week, for amiable discussion. They actually personally liked each other. Imagine Trump and Nancy Pelosi doing that!! The polarization today is nearly complete and invulnerable. Nor did Reagan succeed in much more than merely slowing the progress of relentless secularization down a little.
*
So the next time any orthodox Catholic (pro-life and in favor of moral and theological tradition) wants to trash and bash President Trump: particularly for his brashness, I humbly submit and suggest that perhaps they should also consider these aspects a bit.
*
***
Photo credit: gregroose (3-30-20) [Pixabay / Pixabay license]
***