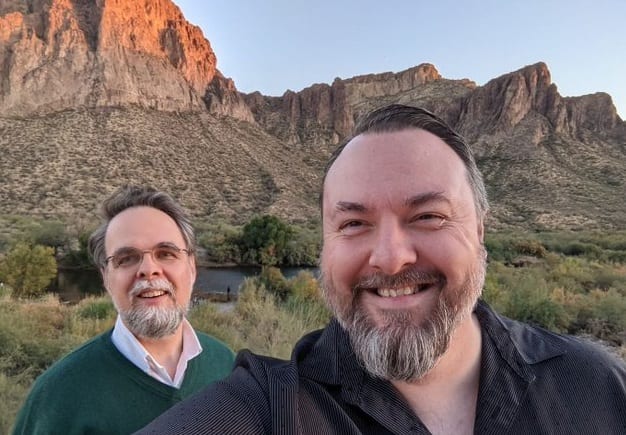 Steve Skojec (Oct 21): I’m super duper looking forward to watching Catholic theologians and apologists making excuses for this over the next week. It’s going to be yet another strong showing for the Technical Justification Squad.

This was the controversy over same-sex civil unions, which has now been thoroughly covered by several people. Here was my article on it:
*
Pope Francis, Same-Sex Unions, & Chicken Little Mass Hysteria (10-22-20)
It goes without saying that none of them were even seriously examined, as far as I can tell, let alone refuted by the reactionary luminaries.

Steven O’Reilly (Oct 21): I am sure the folks at “Where Peter Is?” are busy typing up their articles on this.

Blue Collar Uniate (Oct 21): Can’t forget to include Dave Armstrong. He might beat them to the punch and have published book before noon.
*
Steven O’Reilly (Oct 21): Yes… He’ll write an article about the “rad trads”, “reactionaries”, etc…and whatever crazy labels he has, used to avoid the real arguments. DA is in denial. But…I see him red pilling before the WPI folks, or Walford, etc., who are the Francis bitter enders.
Steve Skojec (Oct 21): Super@DaveArmstrong58 is well into “intentionally stupid” territory at this point. I can’t imagine it’s helping to sell his books, but that’s none of my business.

Steven O’Reilly (Oct 21): I have no doubt a day of reckoning for the Francis years will come. A future pope will anathematize him in my humble opinion. When that day comes, “apologists” such as Dave, and WPI will be seen for what they were. Francis toadies.

This is our lovely, almost utopian, idyllic postmodernist culture that we live in today. Everything is echo chambers and private bubbles, backslapping rah-rahs and preaching to the choir. If anyone dares dissent or disagree, above all, we must never interact with them. That would never do. Instead, it’s all mockery and “feeding frenzy” insults. Lie about others supposedly refusing to engage in “real arguments” while you yourself hypocritically exemplify that very shortcoming.
Meanwhile, in the past week I engaged in very good dialogue for now the seventh time in a series, with Timothy Flanders, who writes regularly at Skojec’s site, One Peter Five:
*
Dialogue #7 w 1P5 Columnist Timothy Flanders (12-1-20)
A key section of the above post was edited down as: Pastor Aeternus (1870): Can a Pope Ever Make Heresy Binding?
Timothy himself asked me about a Cardinal Newman citation, noted by reactionary and Skojec pal Dr. Peter Kwasniewski, so I addressed that in great depth:
*
Kwasniewski vs. Cdl. Newman Re Pope- & Council-Bashing (12-3-20)
I followed this up with an analysis of Kwasniewski’s rejection now of Vatican I (not just II):
*

“Exorcise” was Dr. Kwasniewski’s own chosen term, by the way, not mine.
*

Now — agree or disagree — all of these are substantive, vigorously argued papers on the topics. But it’ll be a cold day in hell before Skojec, O’Reilly, or Kwasniewski himself ever seriously address the arguments therein. Only Timothy Flanders so far has done so (to his eternal credit). Only he shows any interest in dialoguing with a critic of these ideas. Yet I’m the one ludicrously accused of trying to “avoid the real arguments” and of being “in denial” and being “intentionally stupid.” Dr. Kwasniewski sent an insult my way almost exactly a year ago:

Those who broach such issues are not engaged in a serious way, but are written off as “radical Catholic reactionaries” whom everyone should be strong-armed — or Armstronged? — to avoid like the plague. I suppose that’s one way to deal with uncomfortable truths, but it’s not recommended for those seeking the real causes of today’s crisis.

I replied, in my post four days ago, with no less than eleven examples of reactionaries and reactionary sites (that invariably ban me) utterly ignoring my arguments; well, twelve including Kwasniewski, who now refuses to defend his views, too. It’s pure, unmixed hypocrisy. I’m clearly perceived as a big critic of their movement: — the big boogeyman — , or else they wouldn’t drop my name and lob the insults so often. They know it. Hence, they mention the excellent site Where Peter Is (stalwart defenders of the Holy Father) in their insults above, but when they want to note one person who opposes them, it’s my name, for some reason, that so often comes up.

But they want no part of any serious reply to my critiques. It’s not in their interest. It’s not in the plan. Any criticism has to be utterly ignored (Democrat-style and anti-Catholic Protestant-style) as un-“serious”. To address them in effect grants to them an ordinary respectability, and reactionaries will avoid that like the plague, because then they would have the intellectual burden of having to defend their dubious and indefensible views. See how it works?

I say, put up or shut up. But at least — if nothing else — we can enjoy the entertainment of the high comedy of the above schtick, while these folks continue to run from, mock, and utterly ignore any substantive and/or comprehensive arguments against their quasi-schismatic positions. 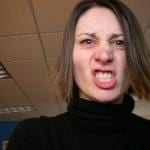 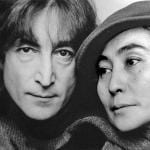 December 8, 2020 John Lennon: Christian Right Before His Death?
Recent Comments
0 | Leave a Comment
"This post reminded me of a dialogic like t. Maximus' Disputation with Phyrrus. It is ..."
Paul Hoffer Reply to Banzoli’s “Questions for Catholics ..."
""After the United States was founded in 1776, abolition of slavery occurred in the Northern ..."
FarSeeker8 . “How Can God Order the Massacre ..."
"Wow! both of them had to either forget or never take normal logic."
Tom Hanson Communion of Saints, Scripture, & Anti-Catholic ..."
"Wow. Not often you find such a list of insults disguised as questions."
Scottgun Reply to Banzoli’s “Questions for Catholics ..."
Browse Our Archives
Related posts from Biblical Evidence for Catholicism 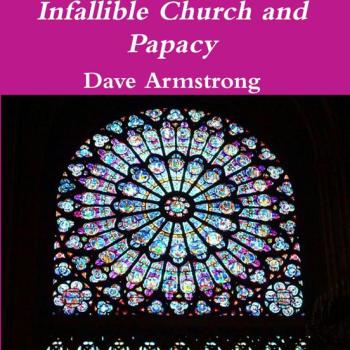 Catholic
Can Christ & Peter Both be "Rocks"?
Biblical Evidence for Catholicism 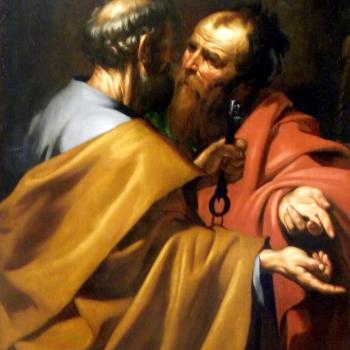