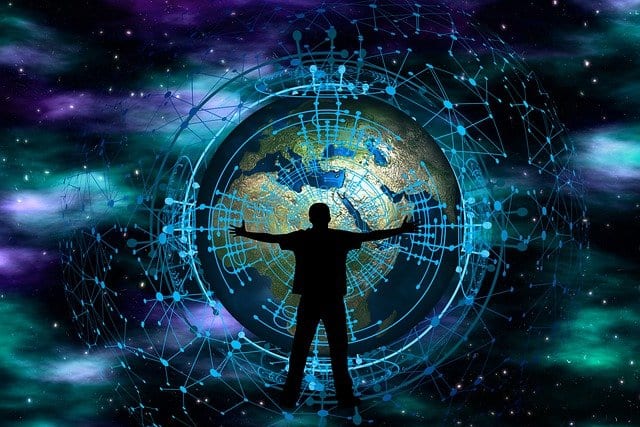 Christian apologetics is neither dishonest, a “stacked deck”, nor an “evidence-free” methodology, simply because the apologist assumes the truthfulness of Christian beliefs before he or she starts. The fact is that both philosophy and science (as well as mathematics) start from axioms or unproven premises and move on from there.

Modern science (especially since Darwin) commences with unproven or incompletely proven hypotheses and then seeks to disprove them (philosopher of science Karl Popper is notable for having stressed this idea of falsifiability).

As an example, today the big rage and cutting-edge of cosmology is dark matter and dark energy. I have recently written about these, in an analogical argument regarding God being a spirit (that is, a non-material entity just as scientists now tell us 68% of the universe is). Very little is known about either at this point, yet they are the hypotheses at present that scientists are seeking to bolster with observation and hard evidence.

So it is a methodology not completely unlike apologetics: a prior proposition is accepted, at least provisionally, without sufficient evidence to make it absolutely certain. Scientists then test it and see if it withstands the actual evidence. I do much the same thing as an apologist tackling proposed atheist “contradictions” in the Bible. I start with the faith assumption that the Bible is inspired and internally harmonious.

Atheists say that is poppycock and then provide me with 1001 “contradictions” that I get to spend entire days grappling with (which I actually enjoy: at least in particularly patient moods). This would be similar to the notorious “anomalies” in scientific hypotheses and theories that scientists grapple with. If I can defeat each of these contradictions with a plausible counter-reaction, then this backs up — or more accurately, establishes logical consistency with — my original Christian hypothesis.

I don’t think that’s any more questionable or intellectually dishonesty than scientists attempting to falsify hypotheses, to see if they can withstand scrutiny. They start out with a certain point of view just as I do.

I’m not saying it is an exact analogy (few are), but it is enough of one to establish my point and defend myself and my methodology as a Christian apologist. Everyone holds unproven axioms or premises that they regard (whether provisionally or by stronger opinions) as unquestionable. And they proceed accordingly.

There are many such laws regarded in this way in science; for example, the three laws of thermodynamics or biological evolution. Anyone who questions either gets the fifth degree as an anti-scientific troglodyte. They function (in practical effect) as scientific dogmas, just as we Christians have our root premises held in faith, but not contrary to reason (the Bible is inspired); therefore these alleged “contradictions” should have counter-arguments which can defeat them.

I start with the premise that the Bible is internally consistent. I don’t have “proof” of that from reason, of such a nature that it convinces one and all of its truthfulness. But what happens as an apologist is that once I refute literally hundreds and hundreds of these claims (in effect, testing or examining my hypothesis), then I am more confident — in reason — that my faith premise is indeed true, because it has withstood all that onslaught.

Atheists do the same thing. They start with a premise that the Bible is uninspired and is simply a collection of fables, old wives’ tales, legends, etc., of ancient ignorant and primitive people who have little to teach us sophisticated moderns. Then they read these old dusty atheist collections of biblical contradictions and get confirmed in their original suspicions and gut instincts.

Then the reactions (or lack thereof) of Christians further confirm them, because almost all Christians are woefully uneducated in apologetics and cannot defend their views rationally. So the atheist sees that and concludes: see! Christians are ignorant, anti-intellectual and anti-science. Glad I ain’t one of ’em and have been liberated . . .”

What I do as an apologist is aggressively tackle these objections, interact with them and their defenders (as the case may be), present both sides on my blog in a dialogue format, and let readers decide who presented a better, more believable case.

Apart from what I have observed about methodology, I think that is far more honest and open than atheists gathering together in forums, simply cheerleading each other and rarely interacting with serious opposing Christian arguments. 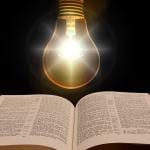 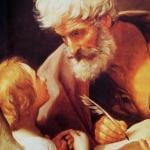 February 7, 2021 Pearce’s Potshots #15: Gospel of Matthew vs. Gospel of Mark?
Recent Comments
0 | Leave a Comment
"Hello Paul:AWESOME!!! Well, believe it or not, on page 567 this writer identified seven opinions. ..."
Michael Alter Resurrection #26: “Twelve” or Eleven Disciples?
"Hello Dave:Thank you for writing. You are writing about CONTRADICTION #115 Omissions Detailing the Ascension ..."
Michael Alter Resurrection #29: Supposed Absence of the ..."
"The "Yet another study" paper has been retracted by the journal for being misleading, using ..."
JethroElfman COVID Potpourri: Herd Immunity, % of ..."
"Can i ask you a question Michael ....?When the phrase "the twelve" is used in ..."
Paul Vinci Resurrection #26: “Twelve” or Eleven Disciples?
Browse Our Archives
get the latest from
Biblical Evidence for Catholicism
Sign up for our newsletter
POPULAR AT PATHEOS Catholic
1