James Swan, a Reformed Protestant anti-Catholic polemicist, recently wrote a piece on his blog, Boors All, entitled, “James White Obsession Syndrome” (3-19-21). I got a particular kick out of this one, since I have a good deal of knowledge about the shenanigans of both James White (since 1995 when we debated by mail) and James Swan (whom I met online around 2002 or 2003). Swan writes:

Now that the COVID scare is dissipating, I’m interrupting my normal programming to make my readers aware of a syndrome that appears to infect a small percentage of people… primarily American Roman Catholic males with access to the Internet. . . .

For a small group though, an interest in apologetics may run the risk of developing into a full-blown James White Obsession Syndrome. What begins as simply learning to defend their church and their beliefs, if unchecked, turns into an obsession with James White.

I do confess that a lot of people in the small Catholic apologetics circle are overly concerned with James White, since he is, after all, the most well-known debater against Catholics and one of the most anti-Catholic apologists in the Protestant (particularly Reformed world). But it’s not like it’s a one-way phenomenon. This is where my own personal history gives me a bit more insight on this topic than the average [Catholic] Joe.

For example, James Swan himself was for several years quite obsessed with yours truly. It got so bad that virtually everything he wrote was either directed primarily towards me, or mentioned me prominently within it. So, for example, looking through the archives of his blog, we find that in November 2007 he has listed 40 articles under “Catholic Apologist Dave Armstrong“: more than any other person. Fellow Catholic apologist Jimmy Akin has three articles devoted to him, Art Sippo gets five, Mark Shea one, Patrick Madrid four, Fr. Peter Stravinskas one, Scott Windsor one, and Steve Ray, two.

Now, granted, I have written a lot about Martin Luther, and that is Swan’s specialty, but still it seems excessive, and (if one knows the entire background story), yes, it was arguably to the point of obsession, too (including many posts that were almost all rank insults). So when I kept pointing this out to him and tweaking him about it, he went to the other extreme and decided to start removing references to me (though usually not articles).

He would take out my name and put “a Roman apologist” and he removed my name from the sidebar index. But I observed him still writing about me or against me in many papers, without using my name, or sometimes using “DA”. The most ridiculous example of this overreaction was six anonymous book “reviews” of my book, Biblical Catholic Answers for John Calvin in March through May 2010. Have you ever heard of such a ridiculous thing?

If we take a look at James White’s behavior regarding me, it gets even more absurd and ridiculous. White wrote a personal letter to me, dated 1-12-01, in which he virtually begged me to stay away from him and to not interact in any way. Here is the gist of it:

I have done all I could since then [our first “postal debate” from 1995] in light of certain aspects of your behavior to avoid interaction like the plague. My website contains nothing about you for that very reason. . . . It’s a no-win situation, and I am still kicking myself for even thinking about hitting the “reply” button on the first e-mail from you regarding that dialogue. . . . But we all have moments of weakness, I guess. So I apologize for even considering the idea of having ANY contact. . . .

I’m going to ask you to join me in promising to stay as far away from each other as possible. I’m not asking you to not respond on your own website to what I write or doing whatever you want to do when speaking, etc. I am talking about personal interaction. Stay out of #prosapologian [his chat channel]. Don’t write to me. Don’t ask to do dialogues, debates, or anything else. You just do your thing, and I’ll do mine. OK?

The additional silly thing about this is that the day before, White had challenged me to an oral debate, which I turned down, as I always have, because I don’t do them with anyone, out of a principled objection to their nature, as opposed to far-superior written debates. He had challenged me before in 1995, and would again in 2007 (it seemed to be a cycle of every six years). Thus, the impassioned plea for me to “go away” was obviously “sour grapes.”

So how did Bishop White act after this pitiful expression of his supposed desire to “avoid” all “interaction” with me “like the plague”? Not very consistently, I’m afraid. There is a search bar on White’s Alpha & Omega blog. And White has not massively removed most of his past obsessive attacks against me, though he has removed some. Plenty still exists and can be found in a search.

In fact, a simple search of my name there reveals 130 posts: dated between 14 February 2002 and 22 September 2010. Quite a few were actually written by James Swan himself, but hosted on White’s blog. The obsession seemed to reach its peak in 2007: the time of publication of my book, The One-Minute Apologist. After 2010, White seems to have finally gotten me out of his system: perhaps remembering that he supposedly wished this to be the case way back in January 2001. He just had to “slip” for more than nine years and write over 100 posts about me in the interim. We all have our weaknesses and shortcomings.

Bishop “Dr.” [???] White was not only obsessed with me, either. He had an even greater obsession with three other Catholic apologists and friends: Steve Ray — who has actually always avoided White like the plague — (178 hits), Patrick Madrid (166), and Tim Staples (147). Jimmy Akin (honorable mention) comes in at 123 hits. Also, Karl Keating got 73, Fr. Mitch Pacwa, 70, and Scott Hahn a lowly 60. I don’t think White begged any of them, however, to stay as far away from him as possible, like he did to me (not coincidentally, exactly two weeks after he got walloped in our only live chat, in his channel). So his obsession with my work and me, personally, appears to have been his greatest one, though Steve Ray is close.

Summary: Anti-Catholic polemicist James Swan recently poked fun at the obsession of some Catholics with James White. I show how Bishop “Dr.” [???] White and Swan himself have exhibited their own rather bizarre obsessions. 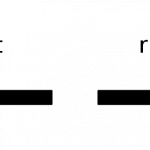 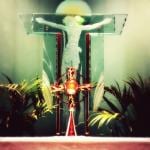 March 24, 2021 Did Pope Gelasius (r. 492-496) Deny Transubstantiation?
Recent Comments
0 | Leave a Comment
Browse Our Archives
get the latest from
Biblical Evidence for Catholicism
Sign up for our newsletter
POPULAR AT PATHEOS Catholic
1