Pearce’s Potshots #31: How Many Israelites in the Exodus? 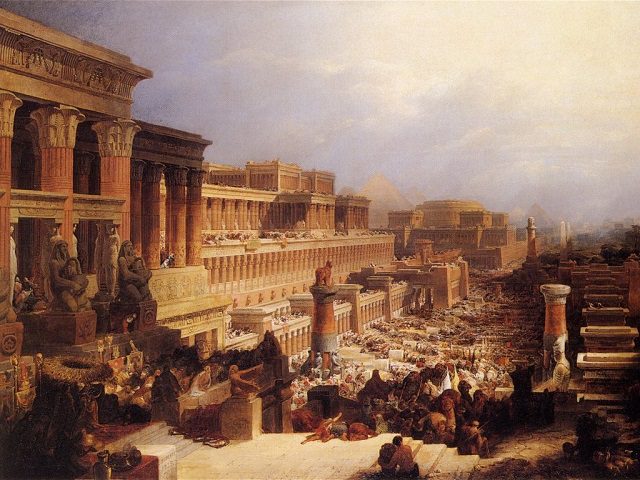 430 years since the day they came to Egypt, the Hebrews / Israelites break free and run off. All 600,000 men armed for battle. And on top of that women, children and livestock. [Remember, 70 people originally have now come to probably something near 2 million. This birth rate is pretty much impossible in any realistic sense. This is a mass exodus. If there was this many of them, how could they not overthrow their captors anyway?]

The red font is his own. He explains that “writing in red” signifies why he thinks “the claim is entirely improbable”. At the end of the article, Pearce waxes about how “ridiculous” all these things are (yet this is my fifth article thoroughly refuting his ludicrous claims just in this one paper, and a sixth is coming soon):

Let’s examine how “ridiculous” this present issue is. Glad to do it!

Colin J. Humphreys, who is a renowned physicist who has also been published in leading biblical journals, wrote the article, “The Number of People in the Exodus from Egypt: Decoding Mathematically the Very Large Numbers in Numbers I and XXVI” (Vetus Testamentum, Vol. 48, Fasc. 2 (Apr., 1998), pp. 196-213 (18 pages); published By: Brill). He states:

It is shown that if there were “273 first born Israelites who exceed the number of Levites” (Num. iii 43), then the total number of Israelite men aged over 20 in the census following the Exodus was about 5000, not 603,550, as apparently recorded in Numbers. The apparent error in Numbers arises because the ancient Hebrew word ‘lp can mean “thousand”, “troop”, or “leader”, according to the context. . . .

The total number of men, women and children at the Exodus was about 20,000 rather than the figure of over 2 million apparently suggested by the book of Numbers.

Unfortunately, I can’t access the entire article for free (which is always my “requirement”), but advisers to it included the greatest living biblical archaeologist, Kenneth A. Kitchen, the highly credentialed Hebrew and Old Testament scholar, Alan Millard, Ernest C. Lucas, who has doctorates in both chemistry and theology, and Andrew Briggs, who (like both Humphreys and Lucas) has a doctorate in physics but also an avid interest in theology. All have a high view of the Bible, so they are not theological “liberals”. They believe that this interpretation is suggested by the Bible itself.

Following up on this analysis, the Got Questions website offers an article, “How many Israelites left Egypt in the exodus?” It offers five options of interpretation, but appears to favor the one that is basically the same as the opinion of Humphreys above:

The common Hebrew term ‘elep is typically translated “thousand” (Exodus 18:21), such as in the first chapter of Numbers. The counts given in this chapter are composed of words, not numerals. Numbers 1:21, for instance, records the men of Reuben’s tribe as sis’sāh vav arbā’im ‘elep vav hamēs mē’owt. The traditional, literal translation is “six and forty thousand and five hundred,” usually rendered as “46,500.”

However, two words in this phrase are subject to variations: ‘elep and vav. The term ‘elep (or ‘eleph) is used elsewhere in Scripture as a reference to groups, not a literal number, including descriptions of Israel during and after the exodus. It is applied to tribes (Numbers 10:4), clans (Joshua 22:14; Judges 6:15; Micah 5:1), families (Joshua 22:21), and divisions (Numbers 1:16).

Further, the connecting word vav can mean “and,” but it can also mean “or,” depending on context. Exodus 21:15 and Exodus 21:17, for instance, use vav to say that certain sins are committed against one’s father “or” mother.

If ‘elep is a reference to groups of some sort (not numerical thousands), and the second vav in the phrase is understood to mean “or,” then Numbers 1:21 would be translated “six and forty clans, or five hundred.” The tribe of Reuben, then, would have had 500 fighting men from 46 family groups.

Numbers 1:46 gives the final tally: “The total number was 603,550.” If we assume a scribal error in the copying of this verse, however, the total would be “598 families with 5,550 men.” This number would be in keeping with the lower census numbers: the total population of Israelites would be about 22,200, and the average family would have had 8 or 9 children (rather than 60).

Such a scribal or typographical error is entirely plausible. While the Hebrew language itself represents numbers using words, ancient people often used a type of shorthand, employing lines or dots similar to modern-day tally marks. Those would have been relatively easy to misread, and most potential scribal errors in Old Testament manuscripts involve exactly that level of discrepancy (2 Samuel 10:18; 1 Chronicles 19:18; 1 Kings 4:26; 2 Chronicles 9:25; 36:9; 2 Kings 24:8).

• It more easily correlates Israel’s size with Scripture’s description of their relationship to other nations, with a total troop count of around 5,500.

• It more easily aligns with the historical understanding of the size of contemporary cultures, bringing the total population to around 30,000.

• It results in a more reasonable ratio of firstborn to non-firstborn as recorded in the census, with an average family size of about 8 children.

However, this option is not without its own difficulties:

• It requires a copyist’s error in Numbers 1:46; otherwise, the total numbers do not correspond.

• Some scholars insist the Hebrew grammar of the passage requires ‘elep to mean a literal “thousand.”

• The smaller census numbers are difficult to reconcile with the number of those killed in three plagues: at various times, 14,700 (Numbers 16:49), 24,000 (Numbers 25:9) and 23,000 (1 Corinthians 10:8) perished. If the total in the census is taken to imply a nation of 30,000, then how do we account for over 50,000 deaths? [In answer, it’s fair to assume that the 23,000 killed in the incident of the golden calf died before the first census was taken. Then, during the time of wilderness wandering, the population increased, only to be reduced again by the other plagues—the second census of Numbers 26, in fact, takes place after the plague that killed 24,000. Also, when they left Egypt, the Israelites were accompanied by a “mixed multitude” (Exodus 12:38, ESV). These foreigners were not included in any census, but the death tolls for the plagues could well have included those who died from among that group.]

Sounds plausible and believable to me. The article also states about the first option of “Literalism” (a number of two million in the Exodus):

The idea of a people group growing from 70 to more than 2 million in 430 years is not implausible. It would require a population growth rate of 2.6 percent. This is extraordinarily high but not too far beyond the 2.2 percent growth rate seen worldwide in the middle of the twentieth century [in 1962 and 1963]. Biblical references to Israel’s increase and Egypt’s corresponding fear may reflect that level of explosive growth.

So, although this is not my opinion, the biblical numbers, interpreted literally, are not statistically impossible at all. They are entirely possible. As usual, Pearce provides no evidence for his bald opinion; but I provide actual statistics from the real history of population growth over the last 120 years.

Summary:  Atheist Jonathan Pearce argues that the claims about numbers involved in the Exodus are “ridiculous” & the required birth rates “impossible”. But they are not necessarily literal numbers. 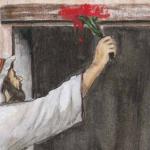 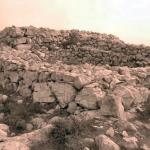