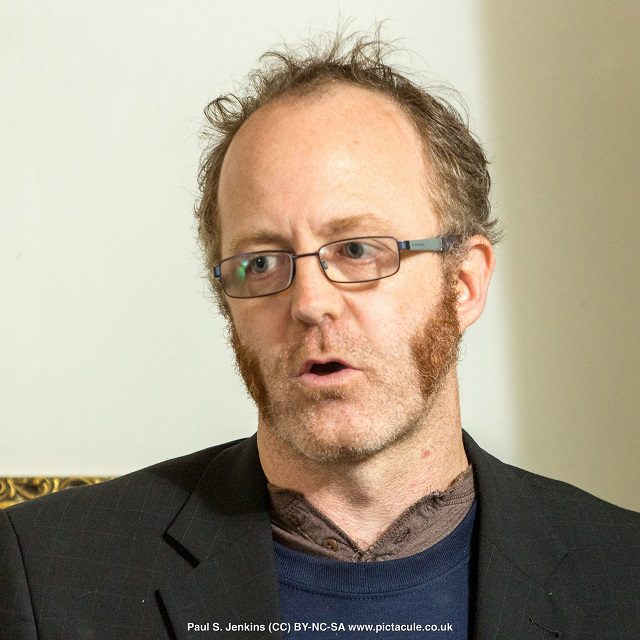 My frequent sparring partner, atheist anti-theist Jonathan MS Pearce (from A Tippling Philosopher) wrote a glowing article, praising the late Fr. Raymond Brown to the skies (“Exodus Sidebar: Jesus As the New Moses, Myth upon Myth”: 6-22-21). The irony, comedy, and absurdities therein were simply too much for me to possibly resist, so here was my reply, in his combox:

So a Catholic exegete is “masterful” and “great” and writes “superb” books and is sufficiently qualified for you to “revere” him [all actual gushing praise from Pearce’s article above] if he writes stuff that you agree with; that fits your anti-Christian agenda?

[Pearce further gushed in the combox for the same article: “Raymond Brown’s books . . . are quite incredible. The level of academic aptitude is phenomenal.”]

So when we go to find Catholic exegetes, they ought to be rated on a scale of what percentage of their beliefs violate traditional dogmatic Catholicism and agree with you; how “Pearcian” they are; rather than how orthodox they are?:

Atheists and cult members (people who falsely claim to be Christians but deny the Trinity, divinity of Christ, etc.) alike have always gone to the scholarly sources that dissent from their own traditions, in order to “disprove” those theological traditions. Fr. Brown was, of course, a heterodox dissident (theological liberal), which is precisely why you like him so much. But if I or someone else defend traditional orthodox Catholicism, then to that extent you think I am a lousy, terrible exegete or amateur theologian; a special pleader, a sophist, and all the rest. The criterion and standard of excellence is agreement with you.

I wrote about Fr. Brown twelve years ago: Fr. Raymond Brown: Modernist Dissident?  I wrote sarcastically in the introductory section:

[O]pponents of the Church . . . appeal to Fr. Brown as supposedly the quintessential “Catholic scholar” over against folks like, oh, Pope [St.] John Paul II and Pope Benedict XVI (most “unscholarly types” who don’t represent mainstream Catholic theological opinion — as everyone “knows,” right?) . . .

It doesn’t follow — I hasten to add — that because Fr. Brown was a dissident, that he had nothing whatsoever good or true to say, ever. Error is always mixed in with truth, or else no one would be fooled into espousing it, and even an unplugged clock is right twice a day. You yourself stumble into theological truth (almost despite yourself) once in a blue moon.

All that noted, there is plenty of symbolism, and parallelism, “types and shadows”, and prototypes in Holy Scripture. So, for example, David was a prototype of the Messiah, Elijah was a prototype of John the Baptist (as Jesus explicitly taught), Noah’s Ark was a symbol of being “saved through water” (like baptismal regeneration, as St. Peter taught [1 Pet 3:18-21] ), and so forth. But they are analogies and types that actually existed and weren’t simply imaginary, mythical, or legendary.

That’s what J. R. R. Tolkien told literature- and myth-enthralled romantic Oxford don C. S. Lewis, that made him become a theist: that there was such a thing as a “true myth” and that Christianity was an example of that. Thus, even if there are parallels to be found in mythical literature, Jesus’ Resurrection was different in that it actually happened, and is a “true myth.”

Thus, Noah, Moses, David, and all the rest (even, yes, Adam and Eve), were all actual human beings (as Jesus Himself and the New Testament taught; hence, also Catholicism, Orthodoxy, and traditional Protestantism concur), and whatever parallels occurred were real, not mythical, and happened as they did within God’s providence and sovereignty.

I already showed much archaeological evidence (indirectly and by logical extension in this instance, but still worthy of consideration) for the existence of Moses, but you blew that off and probably never even read my paper (since you have said recently that you ignore most of my stuff that is in reply to you):

Did Moses Exist? No Absolute Proof, But Strong Evidence (Pearce’s Potshots #35, in Which Our Brave Hero Classifies Moses as “a Mythological Figure” and I Reply!)

Summary: Atheist Jonathan Pearce thinks the late Fr. Raymond Brown, a dissident liberal, was “masterful” & “great” etc., thus implying that his own approval is the standard of Catholic Orthodoxy.

June 22, 2021 Cowardly (?) Bishops, Pro-Abort Biden, & Holy Communion
Recent Comments
0 | Leave a Comment
Browse Our Archives
get the latest from
Biblical Evidence for Catholicism
Sign up for our newsletter
POPULAR AT PATHEOS Catholic
1